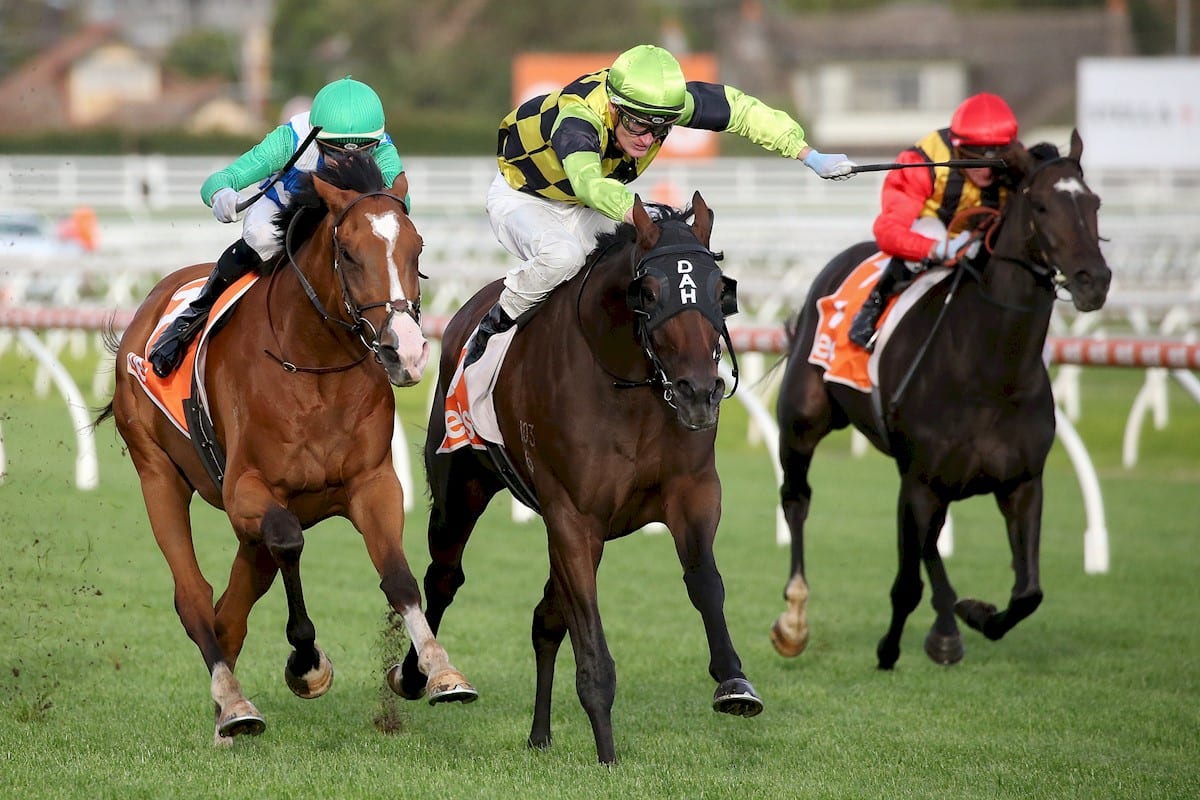 Lindsay Park is invariably represented with multiple runners at the majority of metropolitan meetings in Melbourne, but on Saturday at Caulfield Independent Road was their sole starter.

Contesting the Promenade By Geoff Lindsay Of Lamaro’s Hotel Handicap (2000m), Independent Road did his part in chalking up another winner for his trainers Tom Dabernig and Ben Hayes.

Under the urgings of Mark Zahra, who had scored earlier wins on Missile Mantra and Annavisto, Independent Road scored by a short-half-head from Grand Promenade with the favourite Wyclif a length away third.

Independent Road has been a model of consistency this campaign having not finished further back than fifth, but Saturday’s victory was the first time he has been able to string two wins together on end.

Lindsay Park stable representative Dara O’Meachair said the query with Independent Road was whether he could run out a strong 2000m.

But that is now no concern as Independent Road dug deep in a two-horse war with the runner-up.

“He’s gone from strength-to-strength stepping up to benchmark 84 today and running out a strong 2000 metres which was going to be the query in the past,” O’Meachair said.

“He probably looked beaten 100 metres out but to his credit, and Mark’s, he was in for the fight and it was great to see him continue on his winning ways.

“I thought the runner-up was going to come up and beat him because he had a nice sit behind us in the run and I thought he might have been a bit tougher, but to our horse’s credit he was really game and he knew where the line was.”