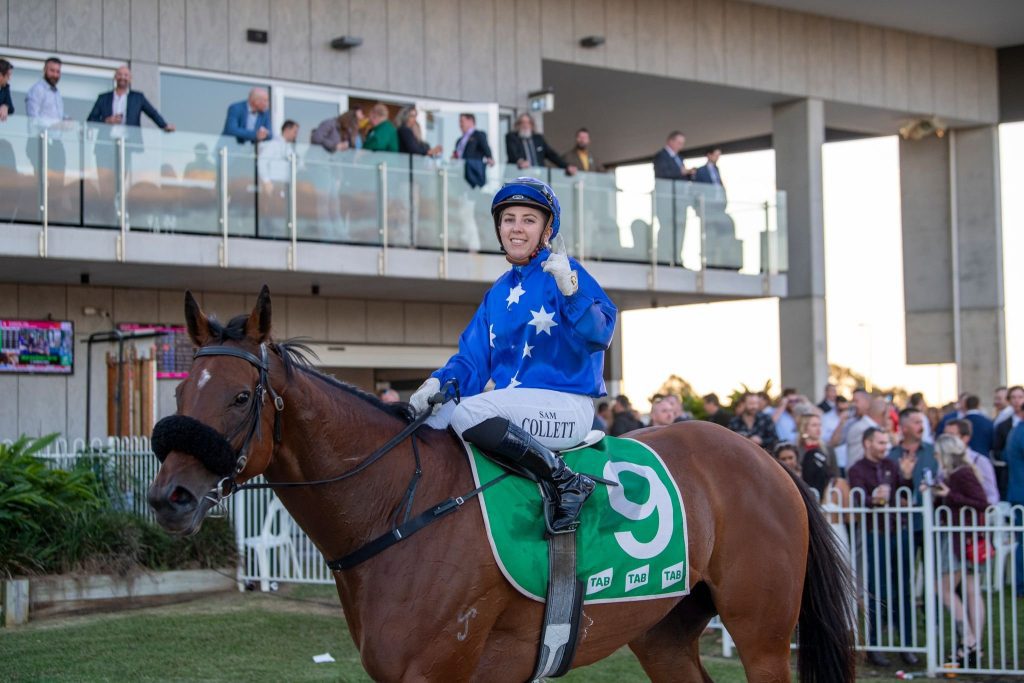 Centrefire gave Chris Munce a feature race double at Ipswich on Saturday, as she led all of the way to win the Listed Gai Waterhouse Classic over 1200m.

Well-rated in front by Samantha Collett, the five-year-old mare made use of the inside barrier to hold the fence, control the speed and skip clear on the turn.

The mare by Shooting To Win didn’t want any further than the six furlongs, as the well-supported Maybe The Best climbed off the canvas in the concluding stages to go down by a lip.

“I really thought with this mare with the one gate before the track was the way it was had a really genuine winning chance.

“I know she won first-up on a Heavy 10 but I was still a bit concerned with the way the pattern of racing was but she is very fit, Sam knows her well and rated her beautifully.

“She timed her run beautifully. For the horses that we’ve got, they’ve raced probably as well as I could possibly asked. They’ve all be happy, healthy, fit horses and it’d be nice to get a few more like them.”

Munce will have a number of runners at next Saturday’s Tattersalls meeting at Eagle Farm, with last weekend’s Dane Ripper Stakes winner Palaisipan set to line up in the Group 1 feature.

“Palaisipan goes to the Tatts Tiara next week,” the trainer continued.

“Rhapsody Rose also goes around next Saturday and Smart Meteor will go to the Caloundra Cup.”

“Today, she’d had a bit of a freshen up,” Collett said.

“Her work early in the week was massive. I was really happy with her.

“When she drew the one marble I was even happier. Chris was said ‘you know what you’re doing, use her tactical speed’.

“I had a lapful of horse most of the way and I was keen to try and put them a little bit to the sword early in the straight because I knew I’d had a comfortable enough lead.

“Chris’ stable is flying and I’m glad to be a part of it.”