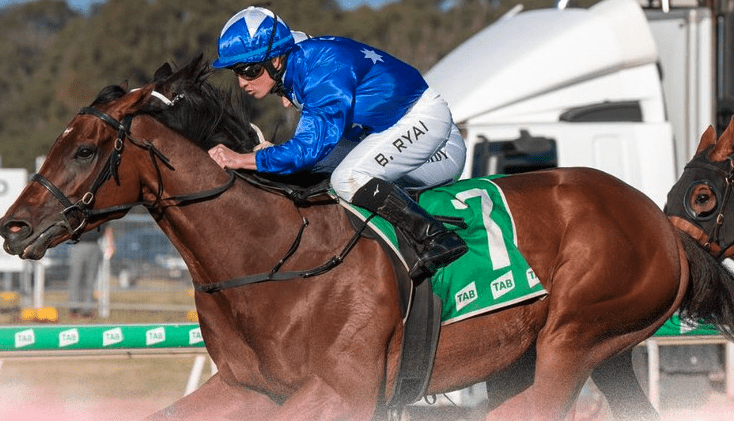 Chris Munce and Brock Ryan have claimed the 2022 Ipswich Cup (2150m) in emphatic fashion, with Smart Meteor storming down the centre of the track to take out the Listed event.

The five-year-old gelding added to the pain for a lot of punters at Ipswich, saluting in the feature race as a $30 outsider, on what has been a day for roughies.

The son of Smart Missile had to overcome barrier 12 in the $175,000 race, but the good tempo set it up for backmarkers to swoop late, and swoop they did.

Smart Meteor did enough to fend off the well backed Our Intrigue, while Street Dancer was brave in third.

Although it was Ryan’s first ride at Ipswich, he said he was well informed by the winning trainer on how to ride the tight track.

“Had a little bit of a sticky gate to contend with but he (Munce) prepped me up on how to ride this racetrack and it worked out exactly like he said,” Ryan said.

“My first time here and first ride here to it was good to get some pointers and lucky it worked out.

“We started from a sticky gate so I didn’t want to just drag him out the back straight away. Jockeyed early and found the back of Berdibek which was nice. Then it popped over the fence and I had a a lovely cart into the race. The second horse just took me everywhere.

“Got him out into the middle of that track and let down.”

Chris Munce, who has enjoyed a successful winter, said it was a “great thrill” to win the race that he had targeted with the promising galloper.

“Really big thrill. So much goes into a horse like this. I really targeted this race.

“I said to the owners ‘be patient’, I just want to make sure I get him in there with a light weight and I’m so pleased that it was wet this morning.

“Everything sort of went to plan. I gave Brock very strict instructions. I didn’t want him getting caught wide on the corner here – it is a tight little track. He rode him fantastic and the horse delivered.”