Caulfield Guineas On Radar For Ilovemyself 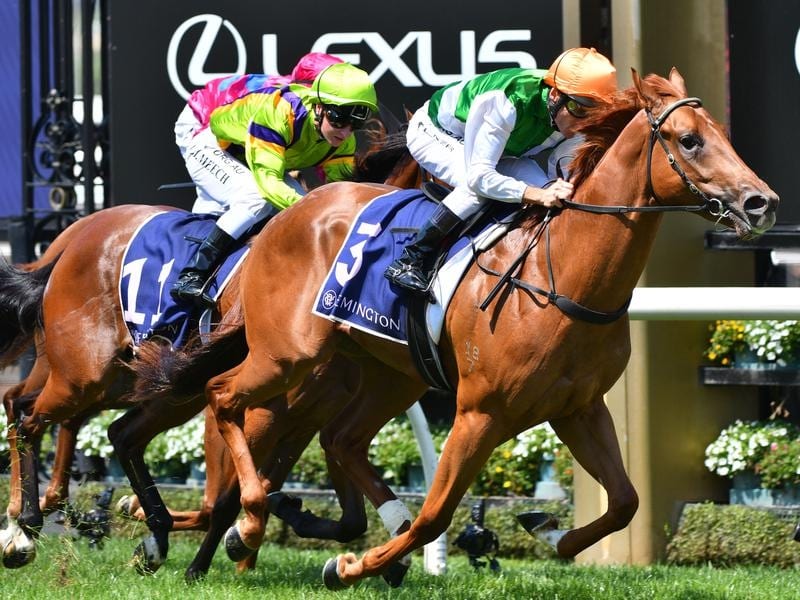 Greg Eurell has Caulfield Guineas ambitions for stakes-winning colt Ilovemyself but the trainer is keen to know Melbourne’s spring program as soon as possible so he can plan an appropriate course towards the Group One race.

The Caulfield Guineas (1600m) is traditionally run in the first half of October.

The spring program, and any changes to traditional dates, is expected to be announced by Racing Victoria early in June.

Eurell already has had stakes winner Ilovemyself back from a spell for about two weeks so a later Caulfield Guineas would extend the amount of time he would have to keep the colt in training.

“With those sorts of horses you shoot for the stars. If he’s going well enough the Caulfield Guineas will be the target,” Eurell said.

“It will all depend on timing and how they re-program the spring with a couple of these meetings.

“But it’s certainly a likely target for him.

“The preparation I think for a lot of horses has been designed on a more traditional basis at the moment and if that alters I think that’s certainly going to throw the cat amongst the pigeons for a lot of us.

“A lot of these horses are going to be up for a heck of a long time if they change things. So it’s critical that we get to know where we’re at ASAP so we can plan what we’re going to do with these horses.”

Ilovemyself burst onto the scene with an impressive win on debut in Listed grade at Flemington in February.

Eurell said Ilovemyself enjoyed a good spell and looked sensational on his return to his stables.

“His frame of mind is tremendous,” he said.