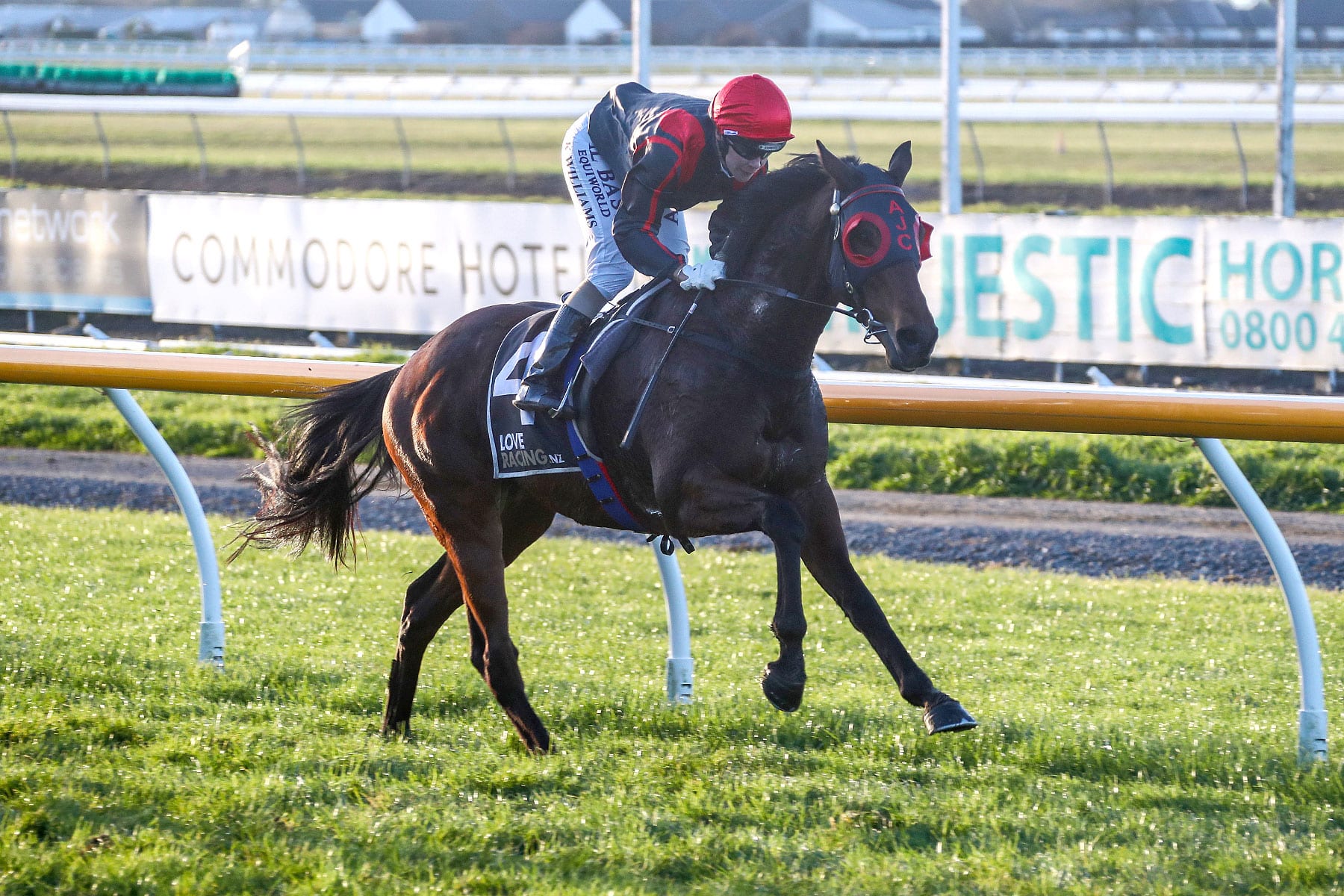 Riccarton trainer Andrew Carston has had a good run with former North Island horses and that continued on his home track on Saturday when Hunua Hank took out his 1600m contest. The former Nigel Tiley-trained gelding was having just his second start for Carston and he believes the son of Pentire has a bright future at his southern base.

“It was a nice win, he is a pretty progressive horse,” Carston said. “He was a last start winner before he arrived, he has definitely got ability. “I thought his first-up run was very pleasing over the short distance and we were confident he would run well on Saturday.”

Carston said Saturday’s result was very pleasing given he believes the five-year-old is suited over more ground. “He is a staying horse and he hasn’t gone past a mile here yet. He was pretty impressive the other day, so I think he is one to watch through the spring.”

Carston bookended the 11-race card with debutant Where’s Wally taking out the opening race of the day. The three-year-old gelding was impressive in his 1200m contest, running away to a 4-1/4 length victory, and Carston said he is another one for punters to keep their eye on.

“It was a really nice win by Where’s Wally, he’s a pretty nice horse. There’s a lot of upside to him. He has only had one trial leading into that, but he was pretty dominant. “He is a horse that only does what he has to do at the track, so to see him do that at the races was pretty exciting.”

The son of Ghibellines will likely have one more run this preparation before heading for a spell. “We will go again in three weeks’ time and see if he can do the same thing,” Carston said. “I would imagine he is going to be a better horse again next preparation.

“He seemed to cope with the wet track the other day, so I think you are silly not to have another go at a wet track and just give him a bit more experience. “We will probably give him one more run and then reassess.”

Carston also filled the minor placings with Keep Quiet and Reliably Perky in their 1600m maiden. “Keep Quiet is very close to winning a race,” Carston said. “He was very unlucky not to have won the other day. He is a nice horse and is going the right way. “Reliably Perky was really good fresh-up. I am really happy with both of them and I feel they will both win a race shortly.”

Looking towards the spring, Carston said he is excited to be welcoming back multiple stakes winner Miss Federer to his barn next month. “She is no doubt the flagbearer heading into spring,” Carston said. “She will probably go towards the Pegasus (Listed, 1000m) and Stewards (Group 3, 1200m). “She spelled well and she is just going to the water-walker to get back into things and I will have her back in a month.”