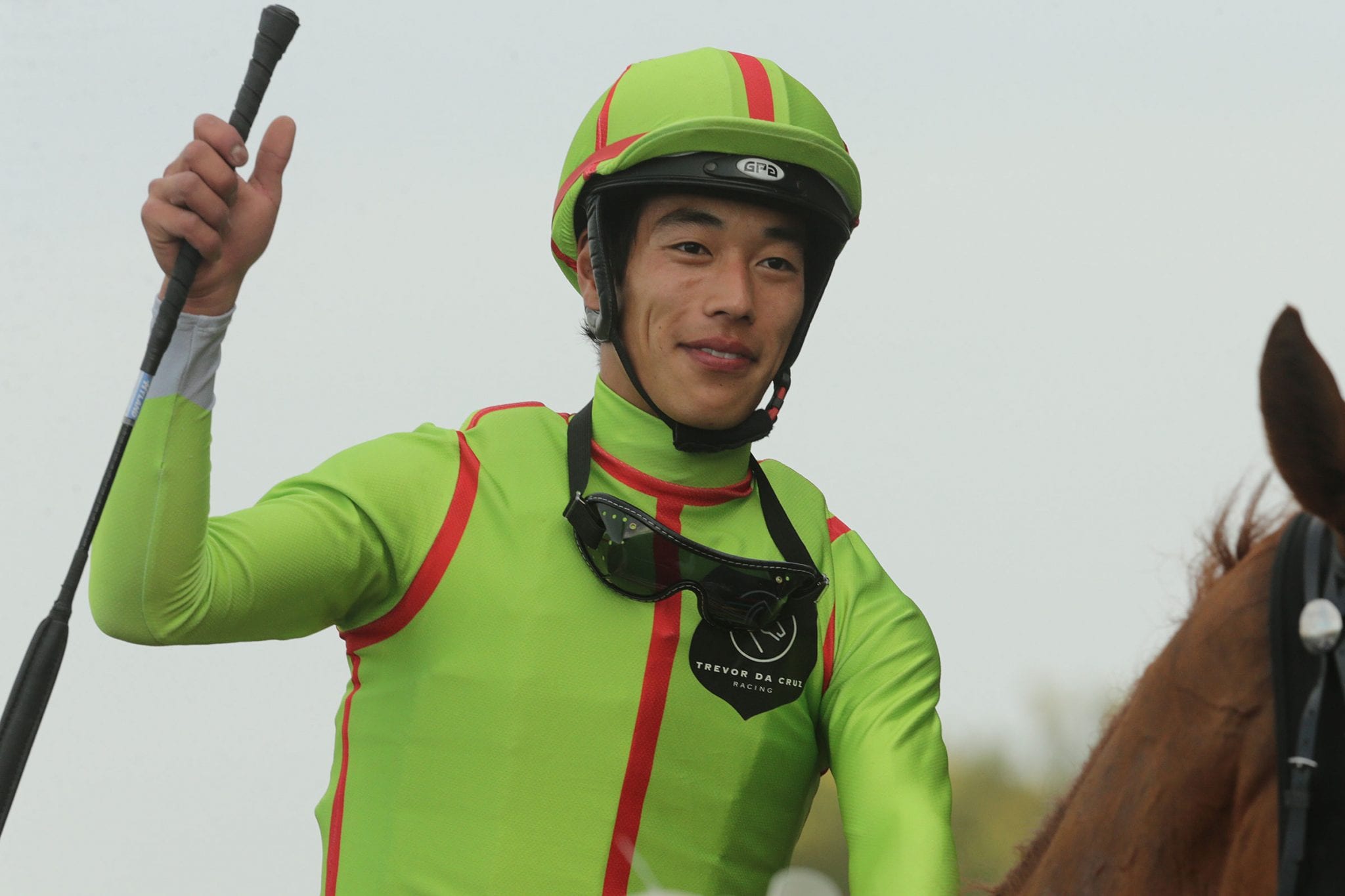 New Zealand jockey Kozzi Asano isn’t holding out much hope of defending his national champion apprentice title but with five weeks of the season remaining, he has returned from injury and intends giving it his best shot.

The Christchurch-based Japanese apprentice had the upper hand in an engaging apprentice premiership battle with Taranaki jockey Hazel Schofer before his campaign was halted with a broken collarbone sustained in a fall from Jackaroo at Woodville on May 9.

In the interim, Schofer has built up a commanding 10-win lead, though Asano is not completely conceding the title race just yet and has his chance to dwindle the margin at Timaru on Thursday.

“I’d need a lot of luck to catch up with Hazel. I’ll be trying my best but I’d be surprised if I can pick her up,” Asano said.

Asano, whose broken collarbone was the first broken bone he has sustained in any form of riding, has returned energised from his stint on the sidelines and was eager to make an immediate impact on raceday.

“I feel great. My collarbone has healed really well. It looks ugly but it’s working well,” said Asano, who only gained a doctor’s clearance to return to trackwork riding on Sunday.

“I went on holiday to Queensland and caught up with my old boss there. It was great to have a break. I feel like I’ve returned with more energy. I’ve been doing a lot of walking in the mountains.

“My boss (Riccarton trainer Andrew Carston) has given me nice rides tomorrow. It’s important to have a good start back and it looks like my boss is doing that for me.”

Asano is booked for six rides at Timaru, including three good chances for Carston: Dettifoss, Keep Quiet and Miss Oaks, while his other rides are Just A Girl, Makabar and Fort William.

“Dettifoss ran really well last time and looks hard to beat and I’ve won on Keep Quiet before and I expect him to go well,” Asano said.

“I rode Fort William in trackwork this morning for Cody Cole and he’s a big, strong horse and really quiet to ride. After doing his replays, I thought he’d be hard to beat too.

“Miss Oaks ran home nicely at Ashburton with a patient ride. She’s got a good barrier and from there hopefully she can get an economical run and have plenty left for the finish.”

Asano isn’t the only jockey returning from injury at the meeting, with Tina Comignaghi making a long-awaited comeback from a back injury she suffered in a car accident.

She hasn’t ridden since February but has three rides at Timaru: Tarabeebee, Lady Lira and Play The Field.