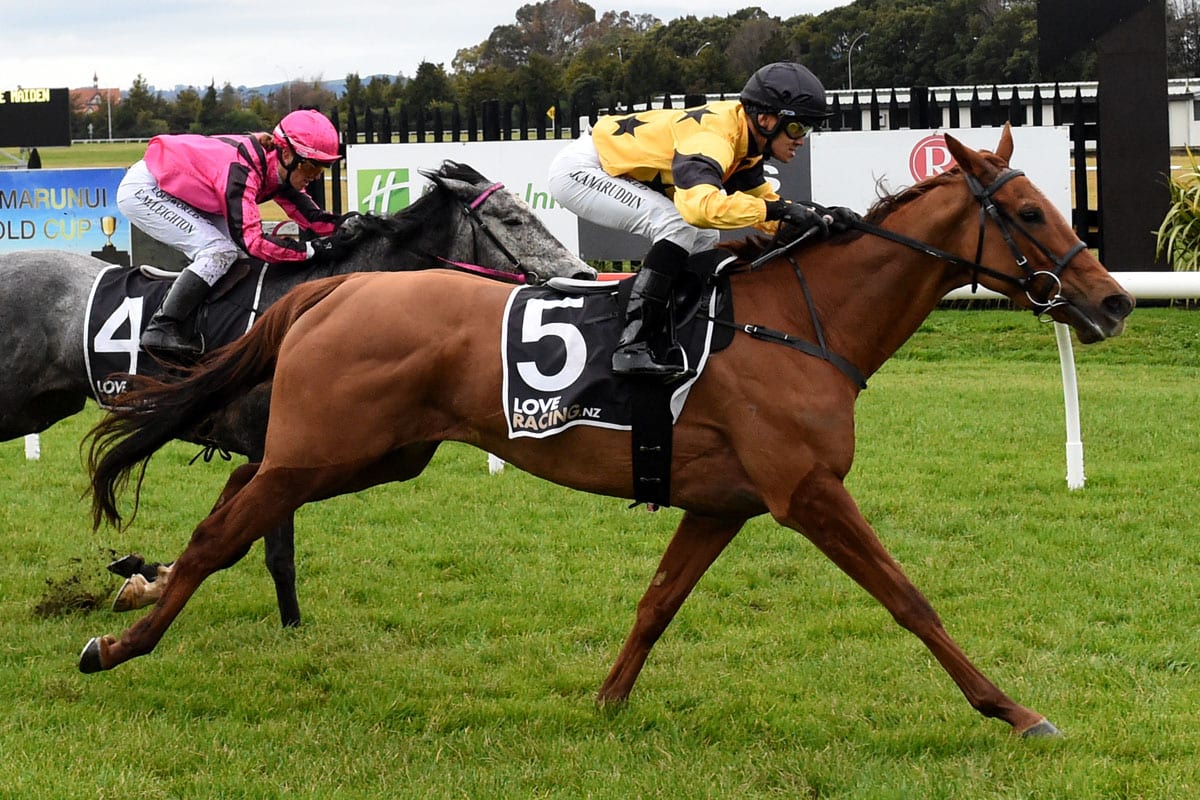 “It was good to get it on the board because most of the horses that we have, we trade. This is the first one we have kept on our own,” Carsons said.

Carsons bred and owns the daughter of Ferlax with his partner Natalie Jamieson, who rides the four-year-old in work in the morning before she heads to her job as marketing manager at New Zealand Bloodstock.

“Natalie is my life partner and it is good to own the mare with her. She does most of the riding in the morning,” Carsons said.

Cannsea Clearly is the first thoroughbred the couple have bred, and Carsons said the mating only came about by chance.

“I went to a stallion parade at Westbury Stud and Haunui Farm, and there was a free service to be won,” he said. “I got drawn out of the hat and once I had the free service I had to find a mare.

“The owner of the mare (One Perfect Day) is a friend of mine, he wasn’t going to breed from her that year so I leased her and we ended up with a chestnut filly.”

Initially involved with standardbreds, Carsons said he was converted to thoroughbreds after he met Jamieson.

“I have owned standardbreds since I was 18, my grandfather trained trotters,” he said.

“Natalie worked for a few Pukekohe trainers riding track work and we got one of our own from the sales one year and sold that after a trial, and it has gone from there.

“Standardbreds are my background, but it is a bit of fun in the morning to get out of bed and do the galloping yourself when you have got a good trackwork rider.”

Carsons is mostly self-taught with training thoroughbreds but said he has been able to draw on the experience and knowledge of a few local trainers.

“I get a lot of help from the other trainers at Pukekohe,” he said. “Mike Rogers helps me out, and Richard Collett and Nigel Tiley are always good to bounce ideas off. I do a lot of asking and that’s how I have filled in the gaps.”

An added bonus of Wednesday’s win was the $11,500 Pearl Series Bonus Carsons and Jamieson were able to take home.