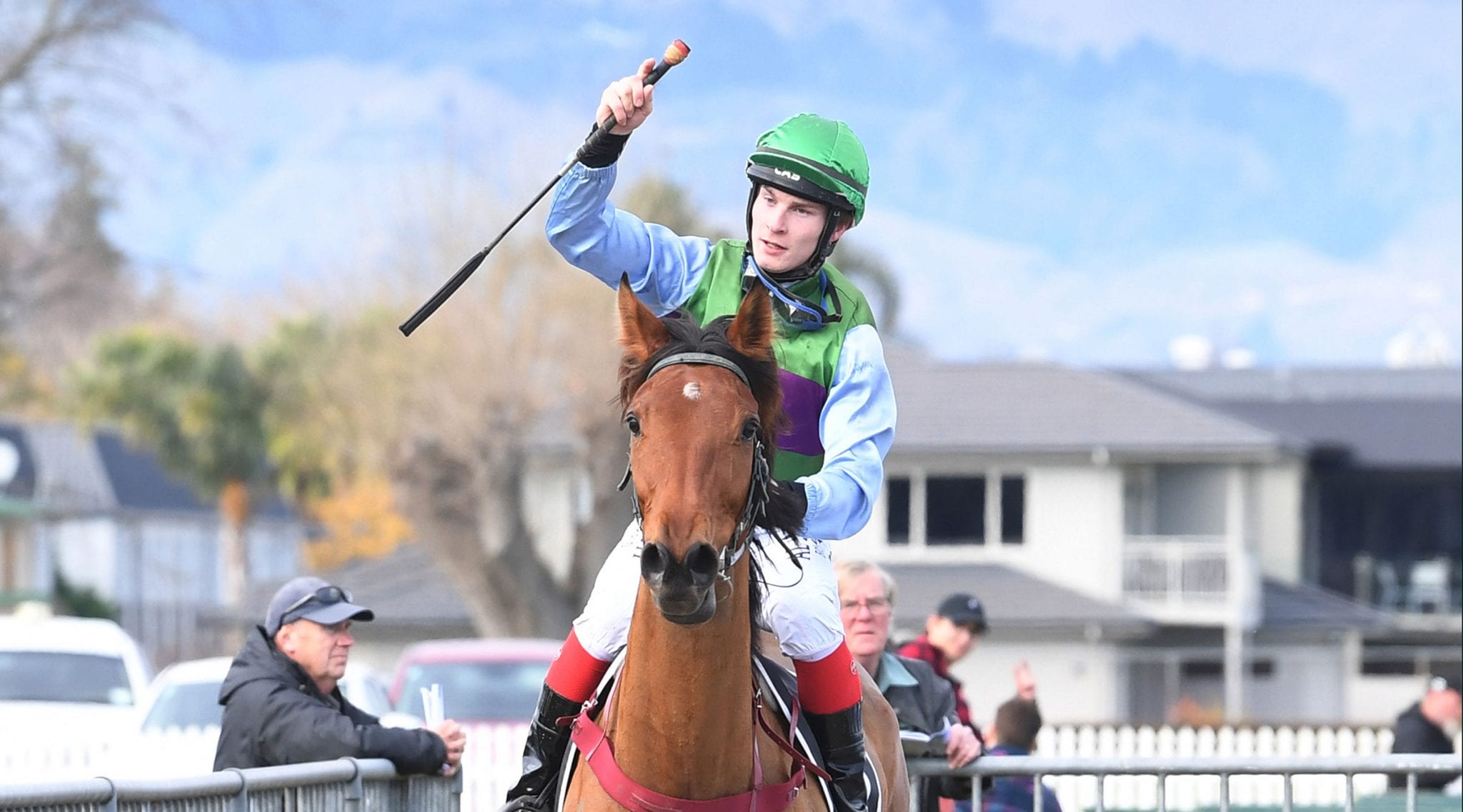 A year ago, New Zealand punters had only just been introduced to Dean James-Parker, but in a little more than 12 months, the 18-year-old Northlander has burst into the New Zealand riding ranks, to the point where he’s now second on the jumps jockey premiership.

He emphasised his ability by guiding He’s Ric to a comfortable victory in the Three Wise Birds Maiden Hurdle (2500m) at Hastings on Saturday for Whanganui trainer Kevin Myers, who has been a key supporter of Parker.

“He’s come a long way. When I first rode him in point to points I was quite frankly struggling to hold him,” Parker said of He’s Ric.

“He’s really settled down now, which is all down to the hard work Kevin and his team have put in.”

Parker, from Kerikeri in the Bay of Islands, doesn’t come from a racing background but he grew up watching Trackside religiously and developed a passion for riding.

He admits he would have preferred to ride on the flat but weight issues meant that wasn’t practical.

“The weight was alright for a while but then I got to the stage when I was sitting in the low 60s and I decided I could either fight to keep it down or ride quite comfortably over jumps at that weight, and I chose the latter,” he said.

“I’ve done quite a lot of hunting and jumps racing wasn’t anything out of my comfort zone. It’s just the speed that took a bit to get used to.”

Parker began working when some family friends got him in touch with Pukekohe trainer Nigel Tiley. Soon after that, a one-month work experience plan turned into an 18-month stint.

It was with Tiley that he planned his path into jumps riding.

“Nigel sat me down and asked me after a couple of amateur rides about where I wanted to ride, and I said ideally jumps, because I might as well earn some money while I’m riding,” he said.

“He got me in touch with Kevin Myers, and soon after I rode some horses for him at a Waverley point-to-point, and it went from there.”

Parker worked shortly afterwards with Shaun Clotworthy, also at Pukekohe, while still spending a lot of time working with Myers.

“Every now and then I get a call to ask if I’d like to come down and ride at a point-to-point or to school some a couple of days before racing.”

Parker had his first competitive race at Whanganui on June 25 last year, in a highweight for Myers. A little more than an hour into his career he had his first winner, guiding Zentangle to a narrow victory in a 2060m highweight.

It was his only win in the 2019-20 season, but things have taken off since the new season began on August 1 last year. He’s ridden 13 winners this season, nine of which have been over fences – putting him second on the premiership, four behind leader Shaun Fannin.

“I’m really fortunate Kevin’s given me the chance on a number of good horses,” Parker said.

“As I’ve ridden, I’ve also become better at being a bit more patient in my riding and timing the moves better.”

In the past few weeks Parker has moved to Cambridge and begun some work riding for Stephen Marsh, deciding it was better to be in a more central location and to cut down his drive times – especially to Whanganui.

“Obviously it’s still a long way away but being in Cambridge shaves an hour and a half off that, which is really helpful.”

Parker said he would like to win some of New Zealand’s major hurdle and steeplechase races before possibly looking at some riding experience in Australia in a few years.

Among his future mounts, Parker said he’s very excited about the prospects of Twin Spinner, a three-race winner on the flat who is likely to make his jumps debut at Te Aroha next Saturday for Pukekohe trainer Lesley Munro.

“I’ve ridden him at the trials, and I was really impressed by the way he went. He looks really promising,” he said.