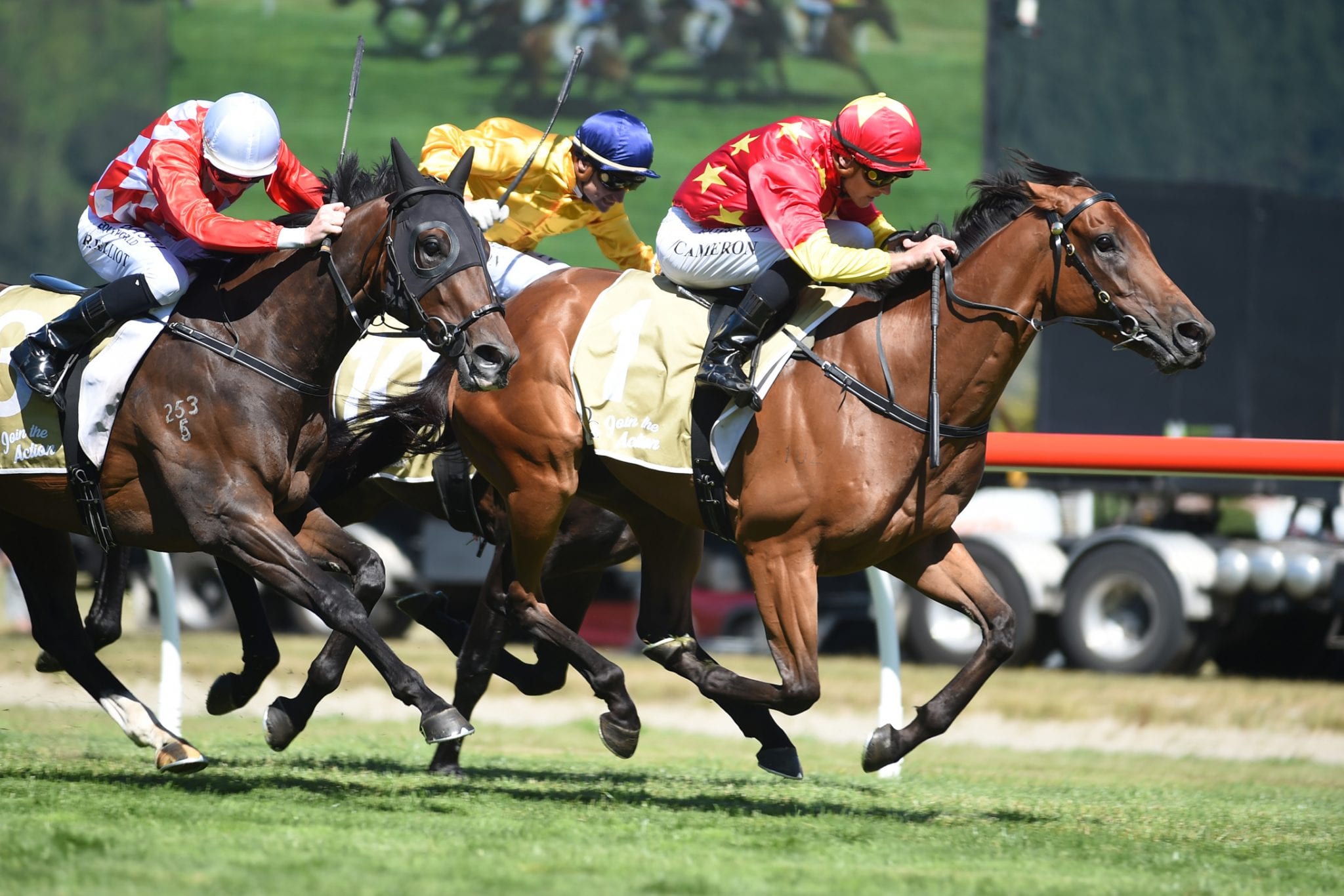 Leading hoop Matthew Cameron will finish the season as the highest earning jockey in New Zealand this term, and he put the cherry on his season with victory aboard Mac Attacka at Ruakaka on Saturday.

His win aboard the Chris Gibbs and Michelle Bradley-trained gelding took his prizemoney for the season over the $3 million mark, the first time he has achieved that feat in his 18 years in the saddle. “It was a good milestone and I didn’t realise until the following day that I had reached it,” Cameron said. “It was great to look at the stats and see the $3 million come up.”

Currently sitting on 92 wins he is well short of his best season of 155 victories in 2014/15, however, an emphasis on quality over quantity resulted in 15 stakes victories this season, three more than his previous best. “In the long-term you have to think about the money and that’s why I think a lot of us top jockeys go for these big races,” Cameron said. “I’ve had not as many winners as I can normally get over the season, but it’s the big ones that we want to win and when you get to a certain point you really just aim for those Group Ones and as many stakes races as you can get. “It has been a good season.”

While he has had many highlights this term he has singled out Madison County as his horse of the season. The Murray Baker and Andrew Forsman-trained gelding won three stakes races with Cameron aboard, including the Group 1 New Zealand 2000 Guineas (1600m) and Group 1 Levin Classic (1600m). “This season it has been Madison County. I got a couple of Group 1’s on him and a Group Two,” he said. “He was the main horse and he went to Australia and he’s proven over there that he is one of the best horses going around in three-year-old company.”

Cameron said he owes a lot of his success to the support of Baker and Forsman and their Cambridge team. “Murray Baker and Andrew Forsman have been great to me and they have supported me for the last three or four years. “The team at home in Cambridge, they are behind the scenes and they do a lot of work. I turn up and do my job for a few minutes and get the glory. But it’s been a great season and I can’t thank that team enough.”

While reflecting on a standout season, Cameron already has his sights set on the new season and he is excited about a couple of three-year-old prospects out of the Baker- Forsman barn “I have ridden a few nice two-year-olds that are going to turn into really nice three-year- olds,” he said. “A So You Think colt, Quick Thinker, I won the stakes race at Ellerslie (Listed Champagne Stakes, 1600m) on him. “I galloped him the other day at the track and he is coming up super. He is going to be a nice Guineas and Derby horse, I think he is the biggest one at the moment. “There are a couple of Mongolian (Inner Mongolia Rider Horse Industry-owned) horses there that have gone well as two-year-olds. “Holy Mongolemperor, he is a beautiful, big horse, and he is going to make a lovely three- year-old as well.”