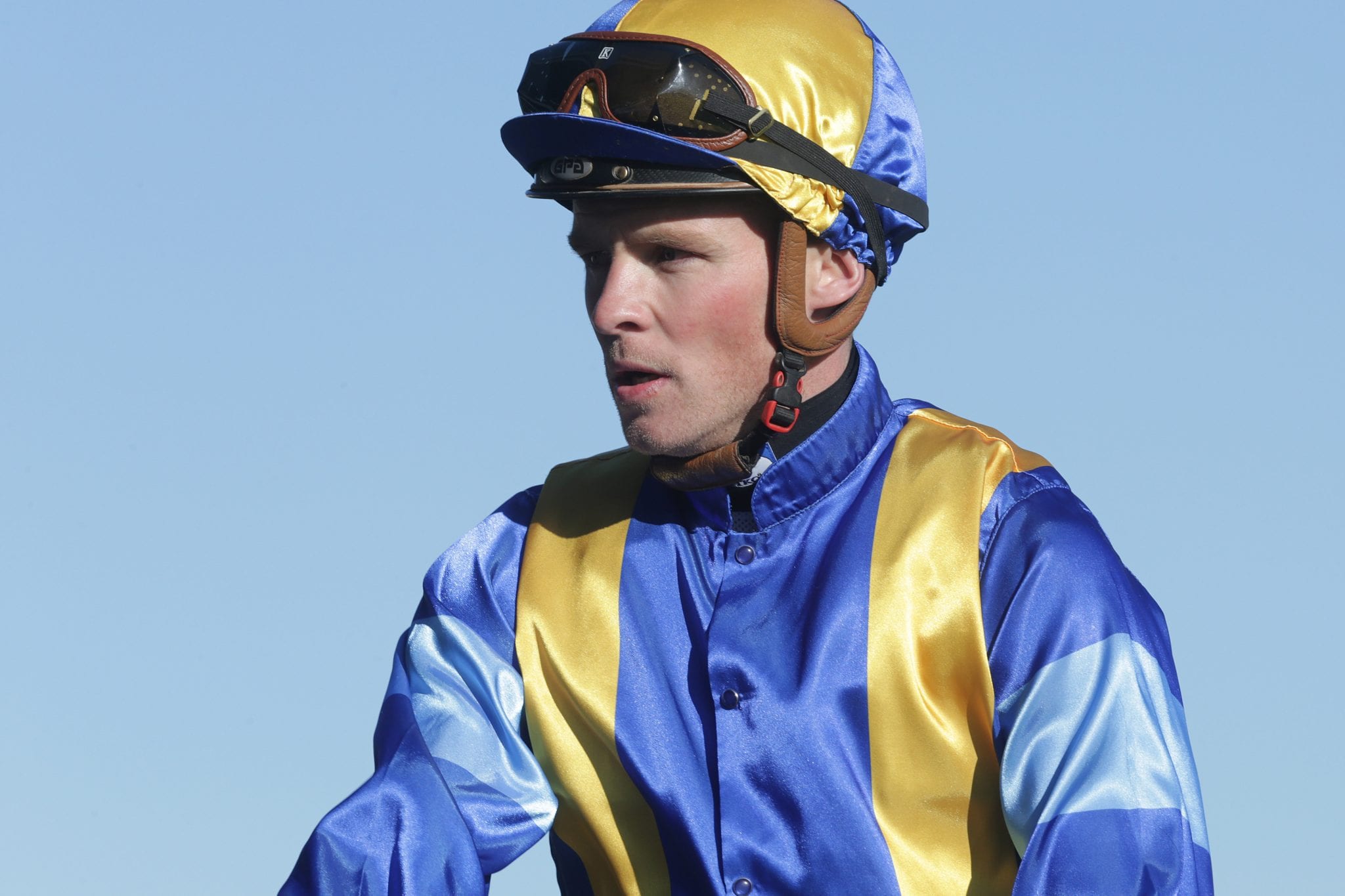 Senior jockey Matthew Cameron has called time on his riding career after completing his last raceday at Awapuni on Saturday. The thirty-four-year-old finished on a winning note by piloting the Ross McCarroll-trained Initiative to victory, but admits his desire to continue in the saddle has waned over the past few months.

“I have been thinking about and contemplating my options for a while now,” Cameron said. “I spoke with my manager about a week ago and decided that Saturday would be my last day. “There’s no one reason for my decision but I’ve been doing this for over twenty years now and my motivation is not what it should be to do justice to my riding and for the people who support me.

“I’m a firm believer that if I am questioning why I’m out there and not feeling it like I used to, then I’m letting the trainers, owners and horses down and that’s not what I want to do. “They deserve me to be one hundred percent in the game with the money they are racing for, so I felt it best to take a break.”

After a relatively slow start to his apprenticeship with Taranaki trainer Allan Sharrock, Cameron soon took off under his mentor’s guidance to become the champion apprentice in 2005/2006 with sixty wins. Success as a senior jockey was also relatively hard to come by for the first few years after completing his apprenticeship, but a move to the Te Akau Racing set-up coincided with his career taking off as he gained access to better mounts on raceday and the wins began to flow freely.

“When I started with Te Akau the doors really opened for me and I rode a lot of winners over the years I was there,” he said. “I was there for about four or five years and then moved on to an association with Murray Baker and Andrew Forsman which was also great for my career. “Riding for Te Akau and then for Murray and Andrew saw me tally over 100 wins a season for five years in a row, which really set my career up.”

Cameron retires with 1408 New Zealand wins to his name, 94 Group or Listed victories and the title of champion jockey in the 2013/14 and 2014/15 seasons. He can look back fondly at some of the many highlights included in those statistics with one victory in particular standing out.

“I’ve had a lot of tremendous moments in my career, but one I am very proud of was my win aboard Who Shot Thebarman in the 2014 Auckland Cup (Group 1, 3200m),” he said. “I’d won the Avondale Cup (Group 2, 2400m) on him a fortnight earlier and in between times had a bad fall where I sustained a serious knee injury. “I rode him in the Auckland Cup with my knee all strapped up and he won it like the great stayer he was. “To see him go on and do so well in Australia over so many years was just amazing and I still get a kick out of knowing I won a Group 1 on him.”

Cameron doesn’t have any plans in place for the next step in his personal journey but is looking forward to the next few weeks where he can sleep in late and eat what he wants to without the pressure of trackwork and raceday riding dictating his actions.

“I still love racing but I’m really looking forward to getting away from it to clear my mind and enjoy doing something else,” he said. “I don’t see myself watching too much of it because all I will do is get upset thinking I could have ridden this winner and that winner.

“I think the thing I’m most excited about is not getting up to go to trackwork and being able to eat what I like, when I like on Christmas day without worrying about my weight for Ellerslie the next day. “I’ll pig out, not worry about alarms and catch up properly with family for the first time in 14-15 years. “I’d never say never to returning to riding but right now I’m not contemplating that at all.”