Cambridge Stud secures Not An Option 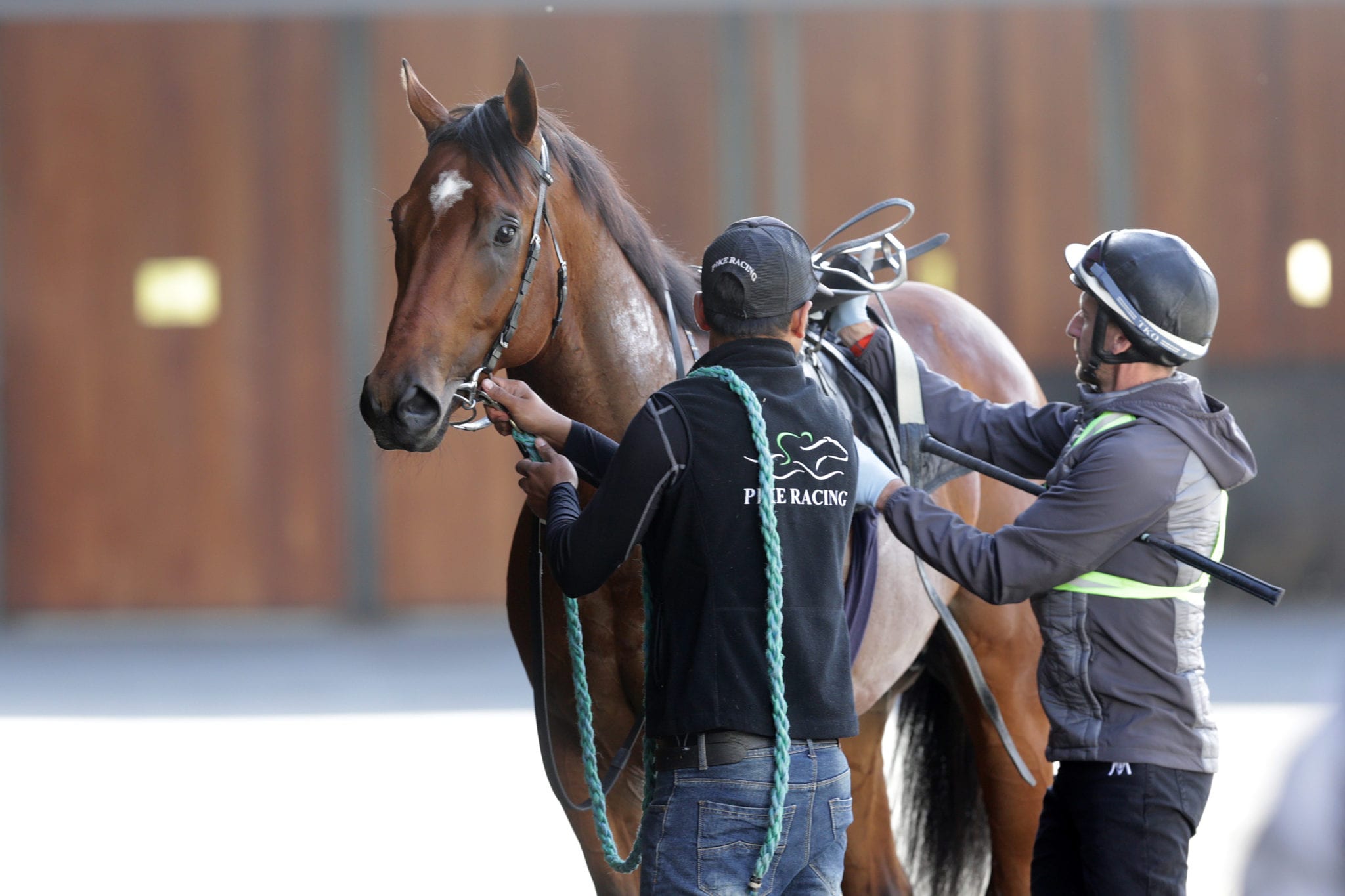 Cambridge Stud have secured a majority share in unbeaten two-year-old colt Not An Option, a son of proven Australian sire Not A Single Doubt.

An impressive winner of the recent Group 2 Wakefield Challenge Stakes (1100m), following an easy debut victory at Pukekohe, Not An Option will remain in the care of Cambridge trainer Tony Pike. “Not An Option is arguably the most naturally gifted juvenile we have had anything to do with,” Pike said. “His potential is largely untapped. I am delighted to have Brendan and Jo (Lindsay, Cambridge Stud principals) joining the ownership team, and they have now become an integral part of this horse’s future.”

The existing owners have retained a shareholding in the horse, including leading stud farms Haunui Farm, Raffles Farm and many of Pike’s long-standing clients. Not An Option is out of Group 2-winning Savabeel mare Chintz, a talented sprinter-miler who was also trained by Pike and placed at Group 1 level on two occasions. The family also features high-class middle distance and staying horses Chenille and Seraphic.

Purchased by Pike Racing at this year’s Karaka Yearling Sale for $240,000, from the draft of Curraghmore, Not An Option was bought as part of a colts syndicate. “He was an outstanding individual at the sale,” Pike said. “He was late in the sale and I was doubtful that I would be able to purchase him. “I have to thank the members of the syndicate as he was at the top of my list and I had to convince them to spend a bit more to get him. He has continued to impress as an individual through the early stages of his two-year-old season, and he has a great temperament to match his good looks.”

Not An Option worked over 800m at Ellerslie on Thursday morning in company with older stablemate and Group 1 performed sprinter Endless Drama and Pike was delighted with what he saw. “He worked nicely and it was more to get a look at Ellerslie, but you get a pretty good feel for how well he is going, having worked with an open sprinter,” Pike said. “I will sit down with the ownership group in the coming days and work out a plan, but the Eclipse Stakes (Group 2, 1200m) on New Year’s Day looks a logical race for him.”

Despite being ruled $4 favourite for the Karaka Million 2YO (1200m), Pike suggested that given the colt’s future will be at stud, his goal was to add a Group 1 to his CV. “If the Karaka Million fits in, then all well and good, but I would say adding a Group 1 will be a priority and there are plenty of options both in New Zealand and Australia. “When you look at his pedigree, the encouraging thing is he should be better over further ground as he gets older.”

Cambridge Stud chief executive Henry Plumptre was delighted to be able to secure majority equity in Not An Option, whose sire, Not A Single Doubt, has sired 11 individual Group 1 winners and has been a constant in the top ten stallions on the Australian General Sires table over the past five seasons. “Given the degree of difficulty in purchasing a two-year-old with a similar profile in Australia, we are very pleased to be able to purchase a majority shareholding in a colt like Not An Option,” he said. “He ticks a lot of boxes as he has a very strong pedigree. His sire is one of the top five stallions in Australia and he is an outstanding individual.”