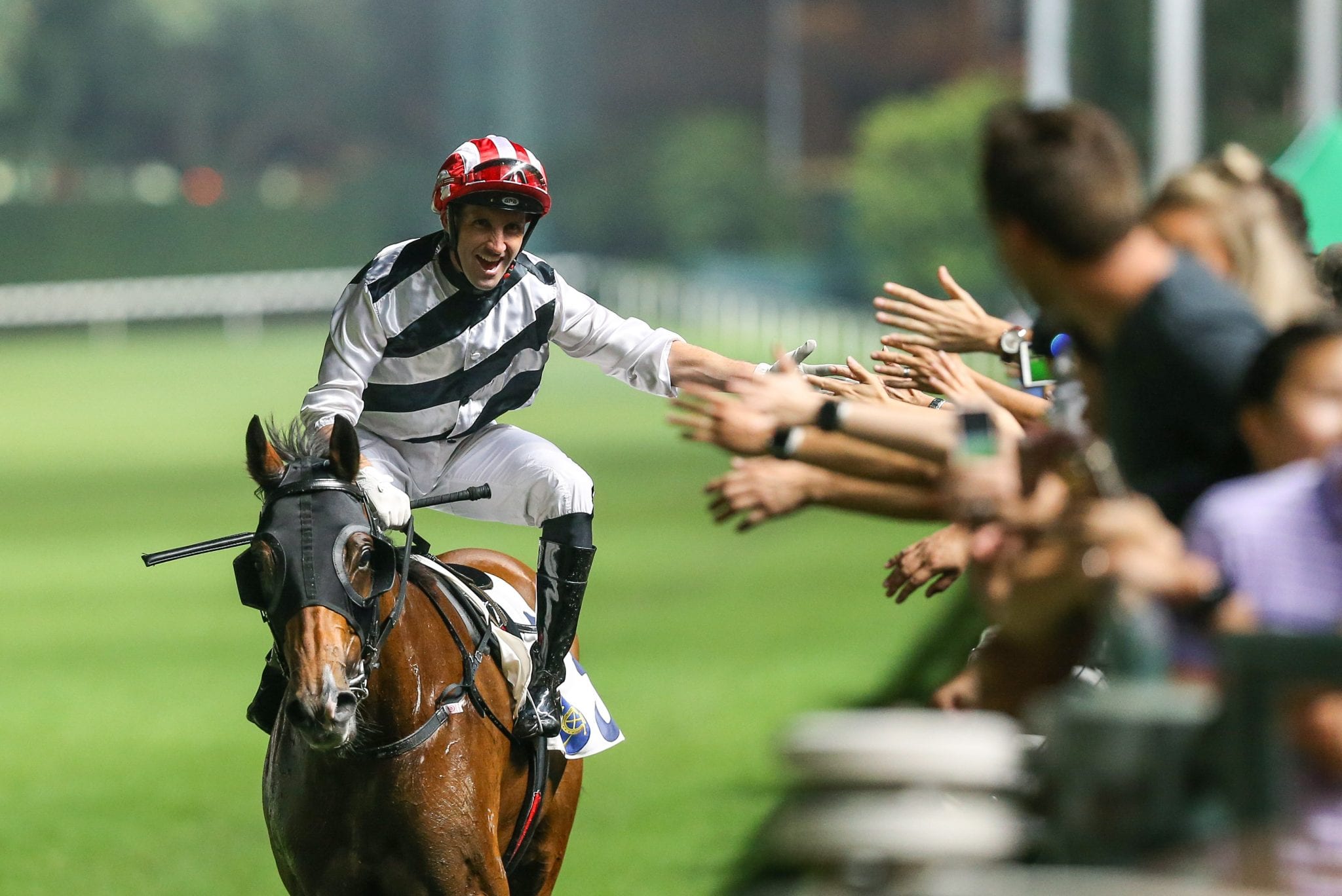 “The horse deserves it more than anything, he’s so genuine,” said Callan.

A maiden winner in Australia pre-import, Acclaimed Light has totalled three wins from 41 starts in Hong Kong for Paul O’Sullivan.

“He’s been unlucky with his draws recently and he’s always been quite strong and competitive in Class 4 when he’s dropped into Class 4,” the rider said.

Acclaimed Light has drawn barrier 12 twice in his last four starts, the other he jumped from seven and tonight’s (22 May) race saw him break from nine.

“His worst enemy is when he gets a bad draw, he’s so genuine he always runs his race, so when he has a bad draw he runs a place and creeps up the handicap, our worry was that he would just go back up into Class 3 without winning,” he added.

A determined ride from Callan got the seven-year-old into the clear and the gelding responded when asked by the rider to run down David Hall’s Salto Olimpico (133lb) in second.

“It was do or die that he would to push forward and try and get into a spot early and luckily we got a spot, I think that was the difference of him winning and losing,” said Callan.