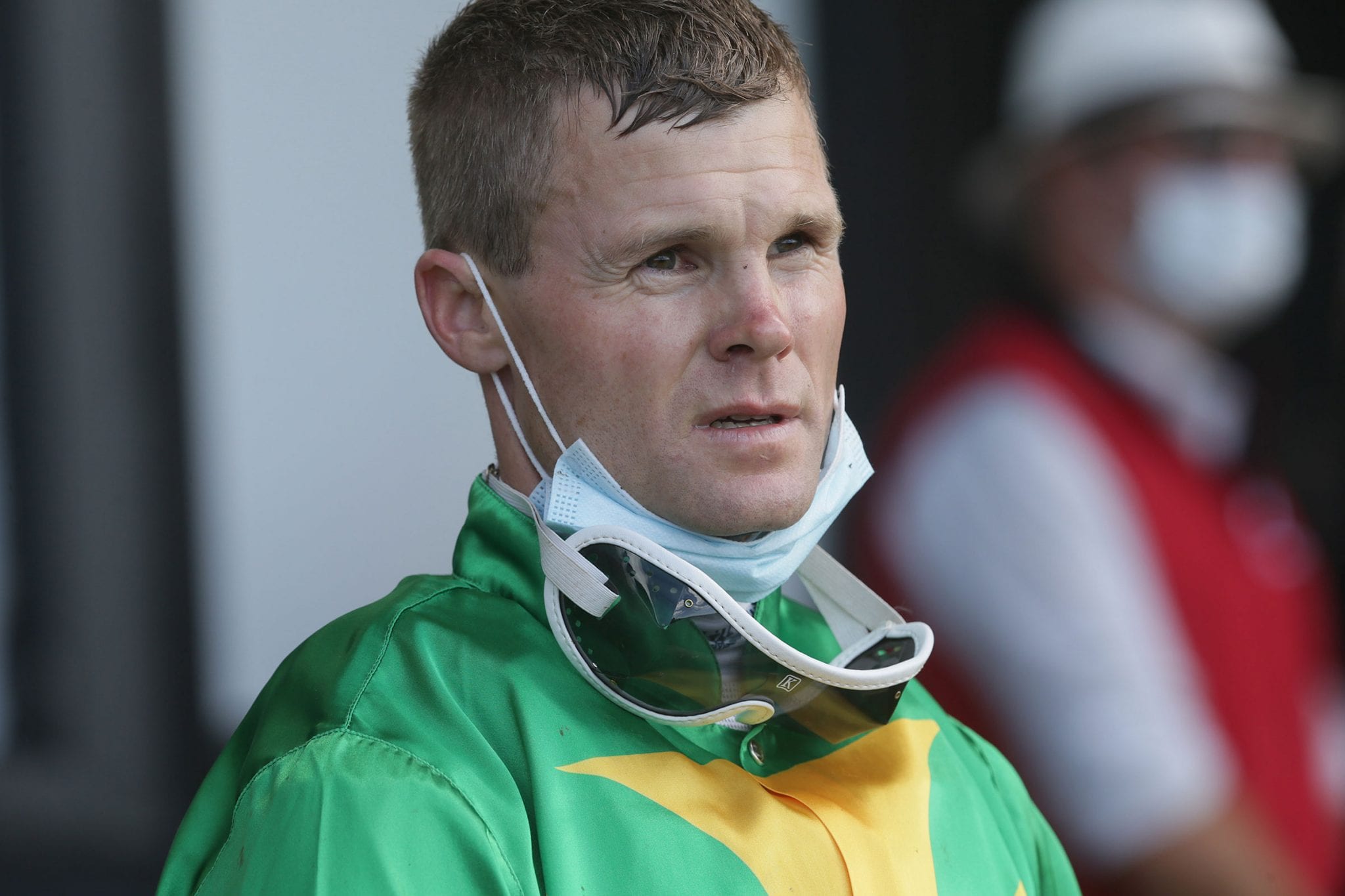 South Auckland jockey Andrew Calder landed a winning double at Tauranga last Saturday and will be hoping for more of the same when he returns to the Bay of Plenty course tomorrow.

The 38-year-old rider has gradually re-established relationships since returning from a seven-year stint in Macau in 2018 with wife Natasha and their young family, and will have six rides at Tauranga for five different trainers.

“I have always been associated with one or two stables throughout my career. I am attached to a smaller stable now with Richard Collett (father-in-law), so it is quite pleasing that I am getting an array of support from trainers. I am getting quite a few rides and rides with chances,” Calder said.

With three kids under the age of four, life is busy in the Calder household and balancing life as a jockey is a juggling act.

“I don’t really enjoy travelling away too often,” Calder said.

“Our kids are at that age where if you are away for too long you miss quite a few of the little milestones.

Calder’s winning double at last Saturday’s Tauranga meeting came in the opening two races, and he again looks poised for a fast-start with former Hong Kong galloper Another Entrée a strong chance in the opening race.

“I think he is my best ride,” Calder said.

“It was a good run last start. He is a lovely big horse that has come back from Hong Kong and his trials have been really nice. He didn’t have a lot of joy last start and I think that he should be able to go forward and he looks well placed.”

Calder will have the added motivation of potentially banking some babysitting credits with the in-laws should the Richard Collett-trained Super Pursuit salute in the J Swap Contractors Bay Of Plenty Cup (1400m).

The last-start Ellerslie winner is a +150 favourite in the open handicap and has drawn well in barrier 4.

“I am pretty happy with the way he feels. He galloped really well on Tuesday. To me he feels like he will get up to a mile given the right sort of ride and the right tempo of the race,” Calder said.

“It is never easy going into open company, so it is going to be a tough race, but he looks well placed and he has got a nice draw and has won at Tauranga before.

“Richard and Judy stayed here and looked after the kids last weekend, so if I win, maybe they can stay again on Saturday night.”

The hoop will also partner outsider Yearn in the Group 2 Ultimate Mazda Japan Trophy (1600m) but believes the mare can be competitive, while he also has time for one-win filly Faithful Feat in the last.

Calder is pleased to be back in New Zealand and regularly keeps in touch with friends in Macau.

“At least once a fortnight trainers that I rode for up there ring me and Facebook is good for keeping in touch with people,” he said.

“I watch the replays and see how all of the horses are going.

“They still haven’t been able to get Hong Kong owners to come over, as they have to quarantine, but they are rolling out their vaccine at the moment, but it is still closed borders and their horse numbers are suffering a little bit.”

Meanwhile, Calder’s wife Natasha, herself a successful former jockey, was back at the Pukekohe jumpouts on Friday, but her first ride back didn’t go to plan, parting company with her mount.

“She wasn’t in the saddle for long,” Calder quipped.

“I don’t think we will be seeing her at jumpouts in the future, but she has been riding a little bit of trackwork. We just have to get her back through the gates again.

“Judy and I had been trying to push her into getting her amateur licence this year, but she keeps knocking us back.”