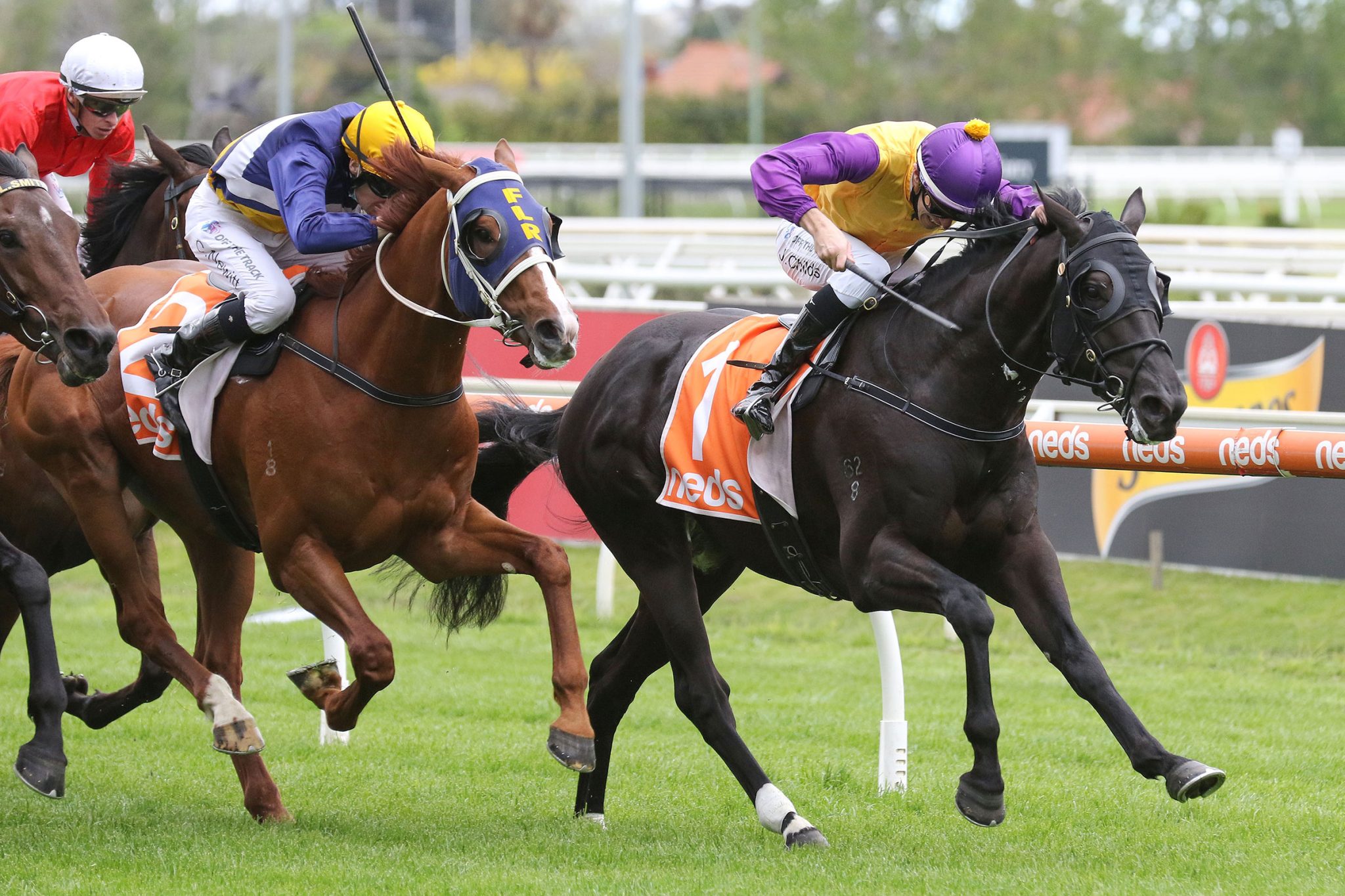 Former New Zealand trainers Emma-Lee and David Browne are settling into their new quarters at Cranbourne and enjoying the transition across the Tasman and now they are hoping one of their pin-up gallopers can also acclimatise.

Three-win galloper Rhinoceros, who boasts wins at Sandown, Moonee Valley and Caulfield last spring, will contest Saturday’s AUD$150,000 Mornington Guineas (1600m) and the fierce-going galloper will have a gear change as he looks to regain winning form.

The three-year-old son of Vadamos will sport ear-muffs and a nasal strip for the first time on raceday after finishing near the tail of the field in both the Group 3 CS Hayes Stakes (1400m) and Group 1 Australian Guineas (1600m).

“He is a funny horse because he gallops a lot better than he does on raceday. He gallops extremely well,” David Browne said.

“We thought we had him settled this time in and his run at Ellerslie fresh-up when fourth behind Sword Of State and Imperatriz was very good, and he was very relaxed in his trackwork.

“He has got over here (Australia) and he has got a bit more keen than he normally would.

“He just went too fast in the Australian Guineas so we just jumped him out on Monday at Cranbourne and tinkered around with a bit of the gear, putting ear-muffs on, and he trialled up very well over 1000m.

“He didn’t get too keen and hopefully he can do the same there on the weekend.

“Sometimes the ear-muffs can switch them off too much, but we think he is one of those horses that would probably benefit from switching off too much.

“He needs to not go so hard early doors. If we could sit in behind the speed and he was settled, then it gives you a very good chance of winning a race like that.

“Obviously he has got to do everything right but if he can he should be a chance.”

Group Three winner Elephant pulled up with an issue after finishing a close-up fifth when carrying top weight in the Listed Elms Handicap (1400m) when resuming at Flemington and Browne is hoping a patient approach will have long-term rewards for the son of Shocking, who has won six of his 10 starts.

“We had to take a knee chip out of him so he will be back for the spring. We had to get him tidied up and look after him and hopefully he will reward us later on,” Browne said.

Meanwhile the husband-and-wife training duo are enjoying their new surrounds, with a barn of 20 horses to work with at the high-spec Cranbourne training complex.

“We are just down the road slightly, but the barn is only a year old and is pretty modern. It all works really well,” Browne said.

“We have about 20 horses here. A lot of the horses we have brought over are two-year-olds that are more spring three-year-old types, but they are all quite nice horses and that gives us plenty of nice horses to roll into spring with.

“The bulk of them are from New Zealand plus a few local horses. It has been quite good.

“We have had the odd person ring us, which has been quite nice, plus we have some yearlings booked in to turn up here in the middle of winter. It is all looking pretty positive.

“We have always had a few Australian clients, but they are mainly New Zealand owned and the Kiwi owners are pretty keen on the prizemoney over here.”