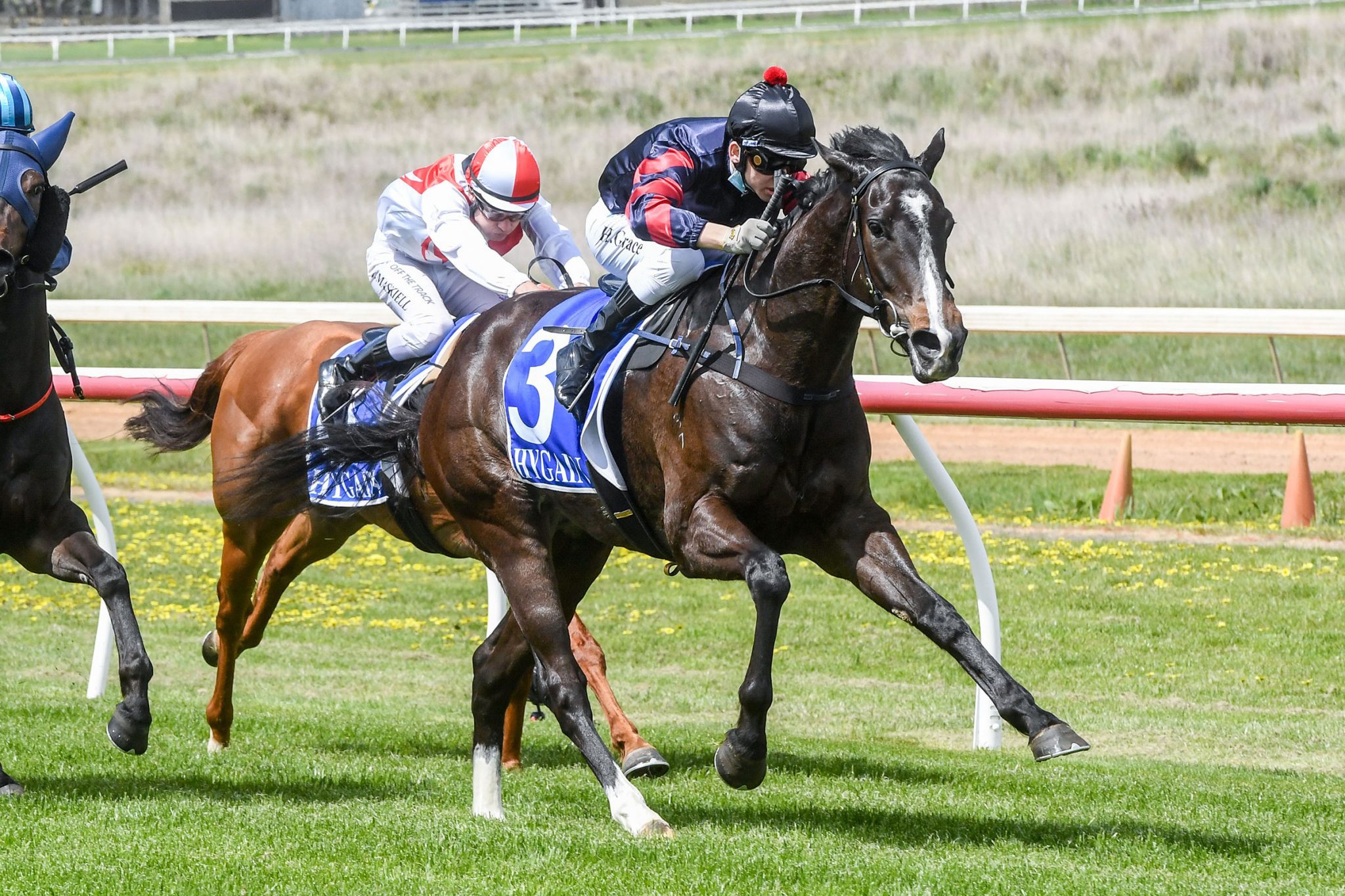 A bright future is being tipped for former Kiwi galloper Corretto after he broke maiden ranks in his Australian debut when winning over 1100m at Hamilton on Saturday.

Trainer Tom Dabernig was pleased with the win but said there is plenty of upside to the son of Zacinto.

“I had the benefit of getting him from a spell and he had a couple of trials for me which he won nicely under no pressure,” Dabernig told SENTrack.

“We took him to Hamilton and he was able to win. He drew a wide gate so had to overcome that and was still able to win. It was good to get the maiden out of the way and hopefully he can go on with it from here.

“He is still doing a bit wrong. He is a tall, angular horse that hasn’t quite put it all together. That tells me there is still some improvement to come.

“He is a little bit quirky temperament-wise, but he seems to be suiting the way we train down here and hopefully we can get the best out of him.”

Identified by bloodstock agent Andrew Williams, Dabernig initially passed on the gelding after a veterinary inspection but was more than happy to take on the now four-year-old, who remains in the ownership of Kwok.

“Andrew Williams, a bloodstock agent, put the horse to me to buy and I showed interest,” Dabernig said.

“He had three runs in New Zealand and was doing a lot wrong but ran well.

“I got the horse vetted and he had a grade three throat. His throat still functions fine but it was a little risky. I said on that vet I won’t buy the horse.

“A few weeks later I was contacted by Andy Williams and Ben Kwok and they said would I like to train him and they sent him over.”

Dabernig is happy with his stable’s new acquisition and while he is showing promise over the sprint distances, Dabernig believes his future lies over a mile.

“At the moment he is showing quite good speed, but I think in time I think he has the action of a miler,” he said.

“At the moment he is wanting to get it over and done with pretty quickly. I think we will keep him short to one more run and then maybe step him up in trip after that.

“I saw a benchmark 64 1300m, which is a nice in-between distance, which is coming up at Warrnambool. I think he is the sort of horse who would get confidence out of racing on his home track.

“I think we will go there for the second-up run and then reassess after that one.”