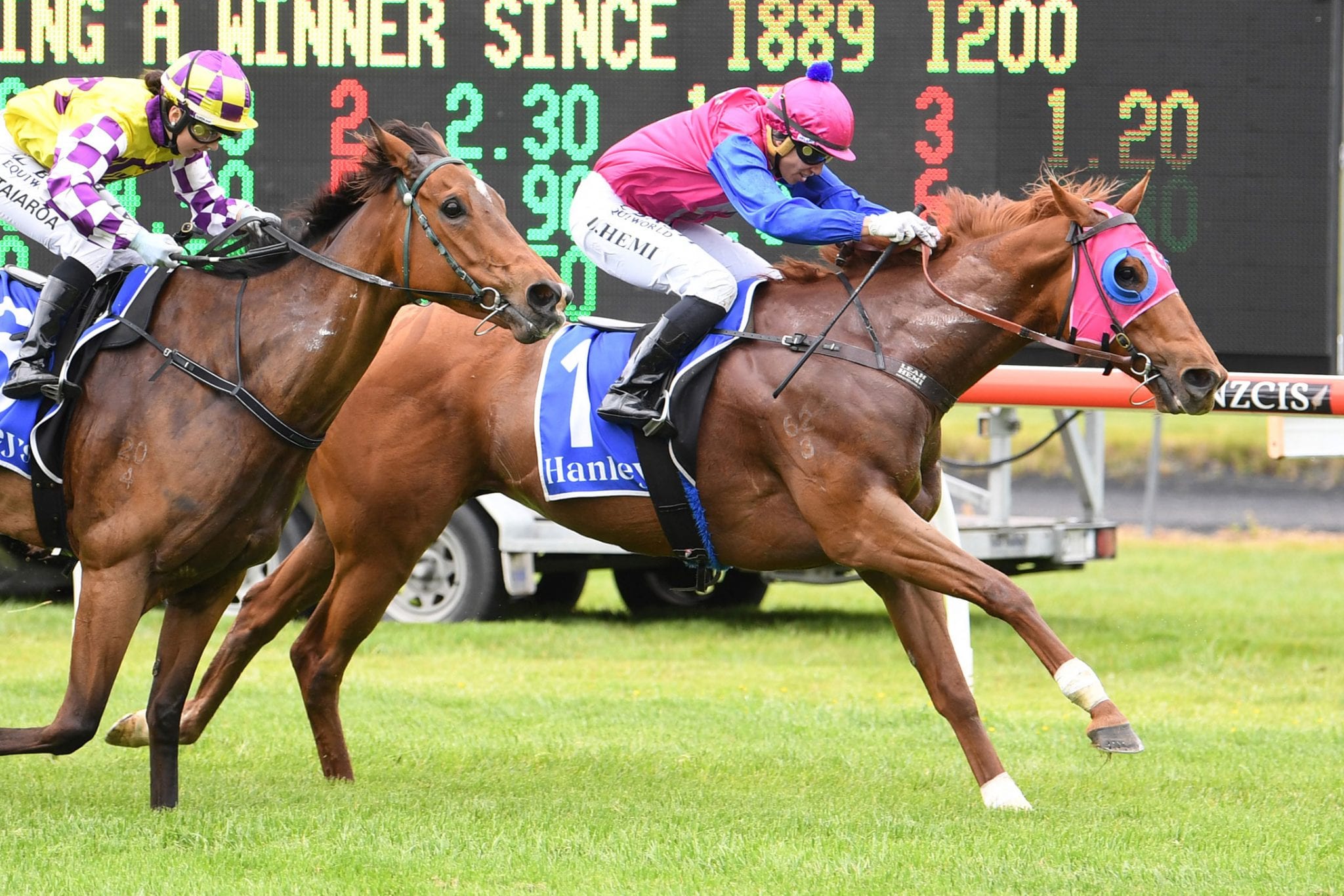 Multiple Group One performer Deerfield was amongst the late nominations for Saturday’s Group 1 Herbie Dyke Stakes (2000m) at Te Rapa, with trainer Chrissy Bambry confident her hardy gelding will give a good account in the $400,000 weight-for-age feature.

The seven-year-old gelding steps up to 2000m for the first time in his career, but Bambry, who keeps the gelding fit and happy by doing the bulk of his training on the water treadmill, took great heart from Deerfield’s closing third in the Group 1 Thorndon Mile (1600m) behind Melody Belle and Sinarahma.
Jockey Michael McNab will again ride the chestnut, who was slow to begin last start and came from an uncustomary position to finish off strongly.

“I was a bit worried when he missed the kick and there were a few expletives, but Michael McNab is very good at coming up with Plan B straight away and he did that,” Bambry said. “Michael didn’t panic and the horse showed he had a really good sprint at the end which was probably a result of being slow away.

“Michael was really positive because obviously it wasn’t the plan to go back and we had to cover a whole heap of extra ground whereas the second horse missed the kick but it got the rails run and Melody Belle was on the inside of us and got a sweet run.

“We probably did a lot of the hard work and were still closing on the line. He was strong to the finish and Michael thinks on that run he can get the 2000m. While he is well I think we have to have a crack.”

Comfortable that the son of Falkirk is now tactically versatile, Bambry will not be providing McNab with a host of instructions on Saturday. “I think after the Thorndon, Deerfield will tell us what to do,” she said. “I don’t think we can come up with a plan in a big race like that, you just have to leave it to Michael to do what he thinks is best in the situation after he jumps.”

Deerfield is the seventh foal of the Dennis Brothers outstanding broodmare The Dazzler and is the younger sibling of multiple stakes winner, The Solitaire who finished third in the 2014 Herbie Dyke Stakes. He is also from the extended family of race rival and proven stayer The Chosen One.

“His breeding suggests he should stay and on his run the other day he was still coming at the end so I’m hoping he will be competitive,” Bambry said. “He tries really hard this horse and he deserves to be there.”

Bambry, who part-owns the gelding with her parents Tony and Judith and sister Samantha, said the tag of underdog sits comfortably with her. The winner of nine of his 26 starts and placed on seven occasions, Deerfield has been installed a +4000 outsider.

Glamour mare Melody Belle is a prohibitive -333.33 favourite as she attempts to surpass the New Zealand record of 13 Group One wins which she currently shares with legendary galloper Sunline.

“There is probably less pressure than training a maidener to be fair,” Bambry said. “We always go into these races as the underdog. He is such a super horse and has been doing us really proud. He tries really hard and has a heart of gold.”

Deerfield will have a travel mate when he ventures north from his Manawatu base on Friday with Bambry keen to see Scotch take his place in a Rating 74 contest over 1400m after he looked a good thing beaten at New Plymouth last Saturday.

“We have been super unlucky with Scotch,” Bambry said. “On Saturday he got caught on the rail and went to take a run but it closed in front of us. He had to pull wide and losing his momentum probably cost him the race.

“I think he would have probably won easily if he had got the rails run. He has pulled up super and provided he gallops well tomorrow (Wednesday) he will be there and should show his form again.”