Bowman Cool And Calm Ahead Of Cup Bid 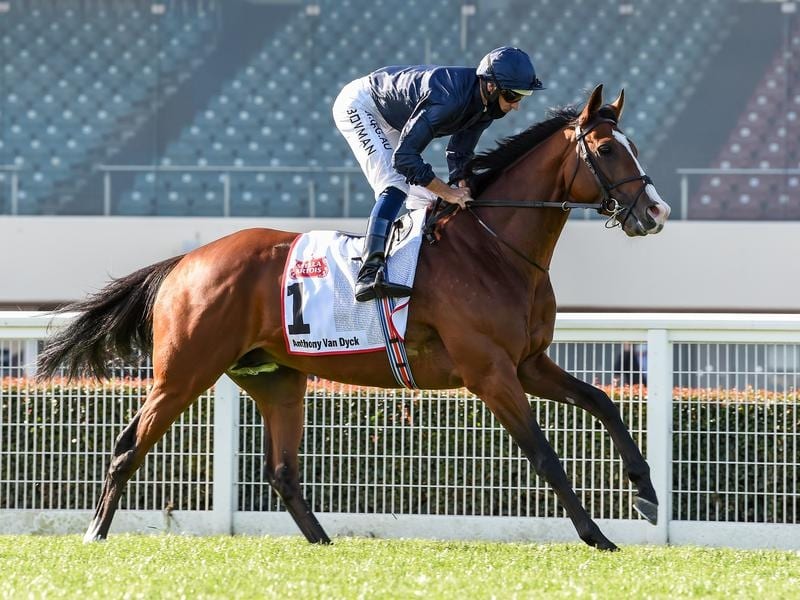 There will be none of the trackside flair and fanfare that has become synonymous with Australia’s most famous horse race but the Melbourne Cup still promises to be an incredible spectacle.

Fears of limited international participation this year due to the COVID-19 pandemic have not been realised and instead, master Irish trainer Aidan O’Brien has travelled arguably his strongest contingent yet.

The champion horseman has won some of the greatest races around the globe yet a Melbourne Cup still eludes him.

But in Tiger Moth and Anthony Van Dyck he has two undeniable chances.

Hugh Bowman, the jockey famed for his cool demeanour during the heady days as the regular rider of champion Winx, partners Anthony Van Dyck and he is typically calm ahead of his quest for a first Melbourne Cup.

The kid from Dunedoo says a win on Tuesday would be a cherished achievement.

“It would be a childhood dream,” Bowman said.

“I can’t make it happen, it either will or it won’t. But we’re in it with a good chance and I’m excited, I’m confident and I’m sure the horse will run well.”

Bowman and trainer Chris Waller were a formidable team with Winx but they will be in rival Melbourne Cup corners.

Waller, who is also chasing his first win in the race, will start Caulfield Cup winner Verry Elleegant and consistent stayer Finche.

Finche will be contesting the race for the third year in succession having finished fourth in 2018 and seventh as favourite 12 months ago.

Verry Elleegant heads to the race in superb form but with 55.5kg, history is against her.

The last mare to carry such an impost to victory was Australia’s Melbourne Cup darling Makybe Diva, who won with the same weight in 2004 and carted 58kg to her record third win a year later.

Waller is thrilled with the form and fitness of both his runners but he knows how hard the race is to win.

“I couldn’t be happier with them,” Waller said.

“Their lead up runs, the way they’ve come through the race and their physical appearance, they look great.

“But it’s not a race you hype yourself up too much about because you get disappointed.”

The Cup will be a different experience for Waller this year with the Sydney trainer watching on from afar due to the logistical complications and quarantine requirements of travelling to Melbourne.

O’Brien’s pair continue to jostle for favouritism with Tiger Moth holding sway with TAB fixed odds on Monday at $8, just ahead of Anthony Van Dyck at $8.50.

Surprise Baby is regarded as the best local hope at $9, while Verry Elleegant ($11) and Finche ($17) are also solid in the market.