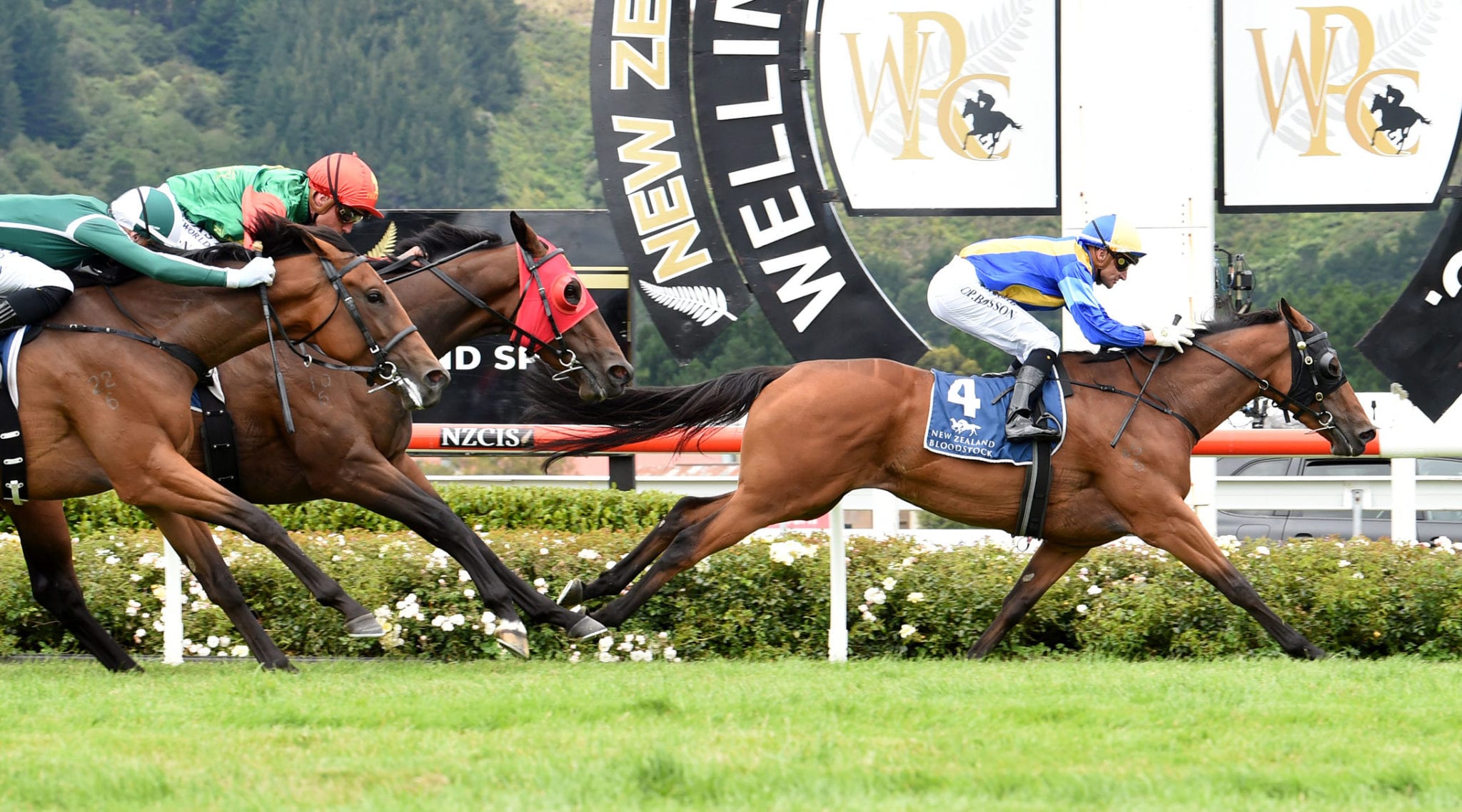 A copybook ride by Opie Bosson paved the way for promising filly Showbeel to add a valuable black type success to her career record when she took out the first feature race at Trentham on Saturday, the Group 3 New Zealand Bloodstock Desert Gold Stakes (1600m).

The Murray Baker and Andrew Forsman-trained three-year-old had finished well back at her last start when trapped wide throughout in the Group 2 Eight Carat Classic (1600m) at Ellerslie on Boxing Day. There was no such bad luck this time for the Savabeel filly as Bosson took advantage of an inside barrier draw to position Showbeel in the trail behind a muddling pace in the early stages of the contest. On a day where the results in the early races favoured runners handy to the pace, Bosson made his move shortly after entering the home straight as he angled Showbeel into the clear and dashed to the lead.

Well favoured contenders Loire and Jennifer Eccles were making good ground out wide in the closing stages but Showbeel held too big an advantage as she went to the line just over a length in front of the pair. “She was good as she jumped and put herself in the race,” Bosson said. “She travelled beautifully and I had a lapful of horse turning in. Every time I gave her a click, she gave me that little bit more. “She relaxed beautifully and I don’t think there is any worry with her running over 2000m.”

Co-trainer Andrew Forsman was pleased to see the filly get some luck after having plenty of excuses at her last start. “It was a very good run and she has always shown us this sort of quality,” he said. “She just hasn’t had a lot of luck as the draw cost her last time. “From a good barrier today and with a good ride she showed her class. “She is a filly on the way up. “We’ll take her home now and head towards the Sir Tristram (Group 2, 2000m) and then the Oaks (Group 1, 2400m).”

Forsman was referring to the Group 2 Sir Tristram Fillies Classic (2000m) at Te Rapa on February 8 while the Group 1 Al Basti Equiworld Dubai New Zealand Oaks (2400m) will be raced at Trentham on March 14. A daughter of Galileo mare Showileo, Showbeel is the granddaughter of multiple Group 1 winning mare Showella. She was a $215,000 purchase by Baker Racing from the Book 1 draft of Waikato Stud at the 2018 National Yearling Sale.

The victory moved Showbeel into fifth place on the New Zealand Bloodstock Filly of the Year table on 7.5 points which Loire and Jennifer Eccles hold the joint lead on 16.5 points.