Baker and Forsman cheering on Bosson 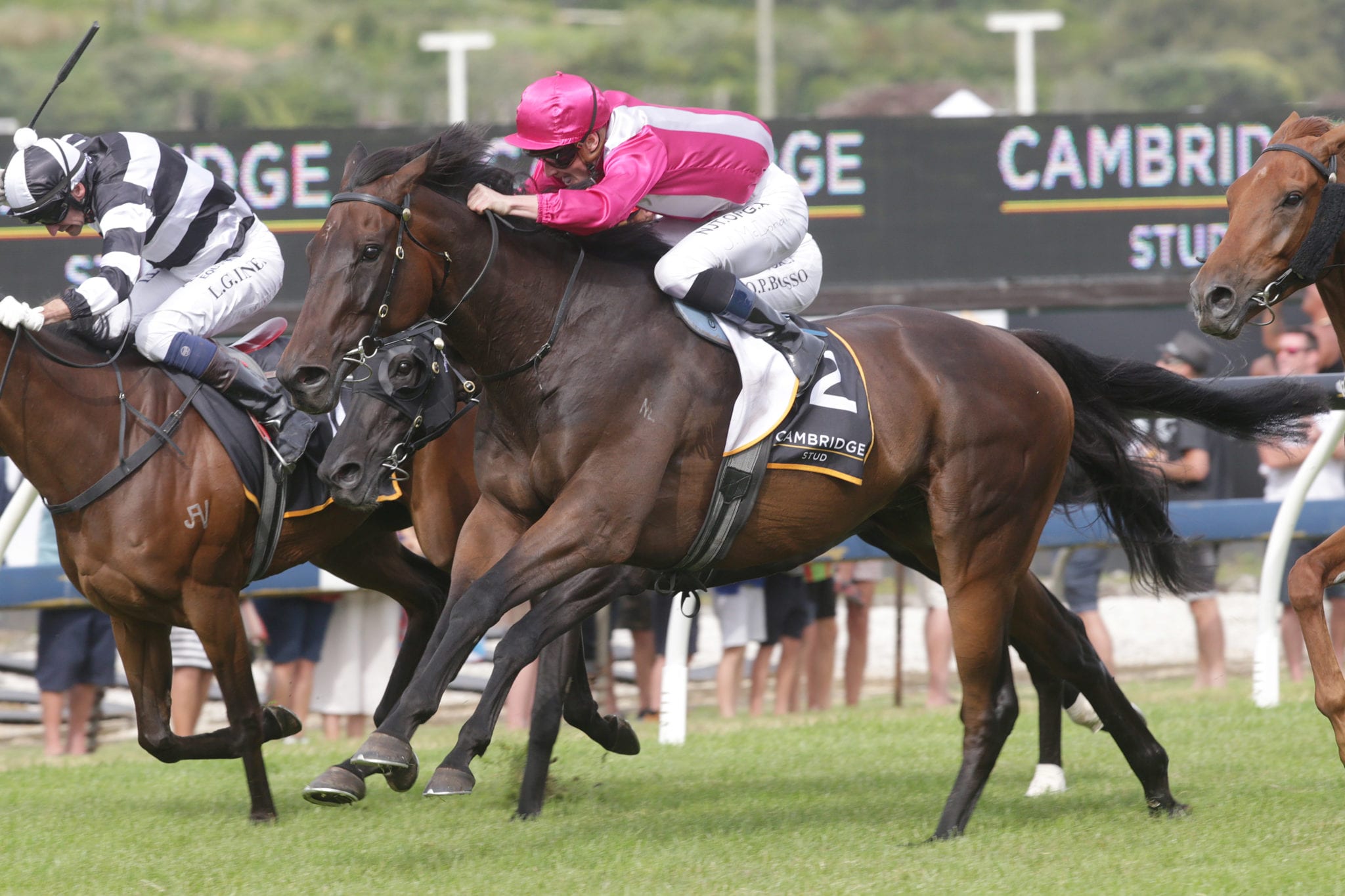 Opie Bosson holds the key to feature success at Te Rapa on Saturday for leading Cambridge trainers Murray Baker and Andrew Forsman. Bosson, the king of the Karaka Million with his recent double on Cool Aza Beel and Probabeel, has picked up the mount on the stable’s latest Group 1 winner, True Enough, in the Group 1 Herbie Dyke Stakes (2000m) and will again be aboard Showbeel in the Group 2 David and Karyn Ellis Fillies Classic (2000m).

It will be Bosson’s first ride on True Enough since winning on him 14 months ago at Te Rapa and he has a good record in his four rides on the son of Nom Du Jeu, having been in the saddle for his first three wins and also a second. He takes over from visiting Sydney champion jockey, James McDonald, who was aboard when the six-year-old outgunned his rivals in the Group 1 Zabeel Classic (2000m) at Ellerslie on Boxing Day.

True Enough hasn’t raced since his most important win, but did trial very well at Matamata last month when second to Howbowdat over 1200m. “I know it’s been a fair time between races, but he did have that Matamata trial,” Baker said. “I thought about giving him a gallop between races at Matamata (on Sunday), but he doesn’t need it. He’s done well.”

True Enough has surpassed expectations with the way he has worked his way through the grades with a record of nine wins and eight placings from 20 starts, capped by the Ellerslie Group 1 win. He preceded his Zabeel Classic triumph with a third in the Group 1 Captain Cook Stakes (1600m) at Trentham and will continue on a Group 1 path if he performs well on Saturday. “He’ll press on for the Group 1 New Zealand Stakes (2000m) at Ellerslie (on March 7),” Baker said.

Also being set for a Group 1 mission this month is stablemate The Chosen One, who is progressing well since being freshened after being unplaced in the Group 1 Melbourne Cup (3200m) in November. The Savabeel four-year-old will resume in the Group 1 Haunui Farm WFA Classic (1600m) at Otaki on February 22. “It’ll be too short for him, but it’ll start him off,” Baker said. “He’s coming up well and had the trial at Matamata (behind True Enough). “He’ll go to Sydney for the carnival. He will either run in the weight-for-age races over there or might even go for the Sydney Cup (Group 1, 3200m). We’ll just see how he comes up.”

Showbeel is also on a Group 1 path with her connections hoping she continues her good form on Saturday to remain in contention for the Group 1 Al Basti Equiworld New Zealand Oaks (2400m) at Trentham on March 14. Bosson rode Showbeel for the first time when successful on her last start in the Group 3 Desert Gold Stakes (1600m) at Trentham when beating the Group 1 New Zealand 1000 Guineas (1600m) quinella pair Loire and Jennifer Eccles.

A winner of two of her seven starts, Showbeel will be stepping up to her first staying test this weekend, but that holds no fears for Baker. “She’s out of a daughter of a Galileo mare (Showella) who was a Derby winner in Australia so I don’t think she’ll have any trouble with the trip,” Baker said.

Stablemates Quick Thinker and Long Jack, both stakes winners in Australia earlier in the season, have had setbacks in their current build-ups. “Long Jack will be out for the rest of the season, but Quick Thinker only tweaked a muscle and is all right again,” Baker said. “He didn’t lose a lot of work and there’s a chance he could get to something like the Queensland Derby (Group 1, 2400m).”

Holy Mongolemperor also suffered a minor setback, suffering a virus which ruled him out of the Group 1 Levin Classic (1600m) at Trentham last month. “He’s right again,” Baker said. “I know he’s still a maiden, but he shows a lot of promise. If he comes up we could look at Brisbane for him.” Holy Mongolemperor has been runner-up in three of his seven starts and was a last-start fifth to Dragon Leap in the Group 2 Auckland Guineas (1600m) at Ellerslie on New Year’s Day.