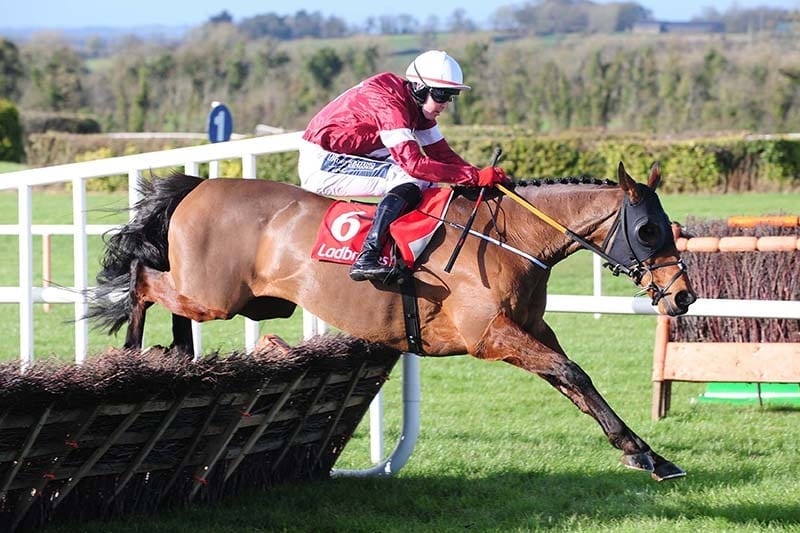 The fallout from the cross country chase at Cheltenham last Friday is that Tiger Roll could be retired and not given a chance to win a historic third Grand National, Easysland has lengthened in the betting for the most famous steeplechase in the world, and Potters Corner is a market mover for the Aintree marathon next April.

Some online bookmakers have removed Tiger Roll from the betting for the cross country race at the Cheltenham Festival for which Easysland is the favourite at +250. The two-time winner of the National can only be backed with one bookmaker (+1200 with Betfred) for a third win in 2021.

The vibes for the future of Tiger Roll coming from the trainer, Gordon Elliott, are not good. Reading between the lines, you get the impression the champion horse won’t run again.

After Tiger Roll was pulled up on Friday, Elliott was quoted in the Racing Post as saying, “It was disappointing. He never really travelled or jumped. Maybe his better days are behind him. We’ll see how he is.”

It could be just a blip, and we might see Tiger Roll turn up at Aintree in the spring as good as ever. However, if you want to back that outcome, it is best to visit a bookmaker that offers the “with a run” concession. This is in effect is the same as non-runner/no bet, which means you get your money back if Tiger Roll is withdrawn.

The owners have not really been obsessed with a third National and will only run a horse who can win a race. Therefore, we could have seen the last of Tiger Roll on the track.

Easysland also disappointed in last week’s race over a variety of obstacles at the home of the jumps. The win at the 2020 Cheltenham Festival in the discipline suggested a few years of dominance for the French-trained six-year-old. However, Friday’s race was a handicap, and Easysland was conceding weight to all the runners except Tiger Roll.

Finishing nine lengths behind the winner, Kingswell Theatre, while giving 22lbs was not a disaster. The betting suggests the main objective is another cross country race at the Festival, while the National could be an option next year. Let’s not forget Tiger Roll won both races in 2018 and 2019.

In the context of future targets, Potters Corner produced an eye-catching run. The 10-year-old carried no weight, but hold-up tactics left too much to do with the winner. He is quoted at +1200 for the equivalent race in March.

Tiger Roll showed that the Festival cross country chase is a good prep for the Grand National. Potters Corner won the virtual race this year, which shows the horse has the stamina to get the four miles and three furlongs. The current best price is +3300.

Easysland and Potters Corner are decent horses with a good following, but Tiger Roll is arguably the most famous active racehorse in the world. There have been some significant moves for each horse in the betting for the Grand National and the Festival cross country race.

Any news of Tiger Roll retiring would make the mainstream news. Even so, UK betting sites are taking the view that could happen. Easysland and Potters Corner are viable alternatives, but there are many bridges to be crossed for all three horses.