Bonecrusher: The horse of a lifetime 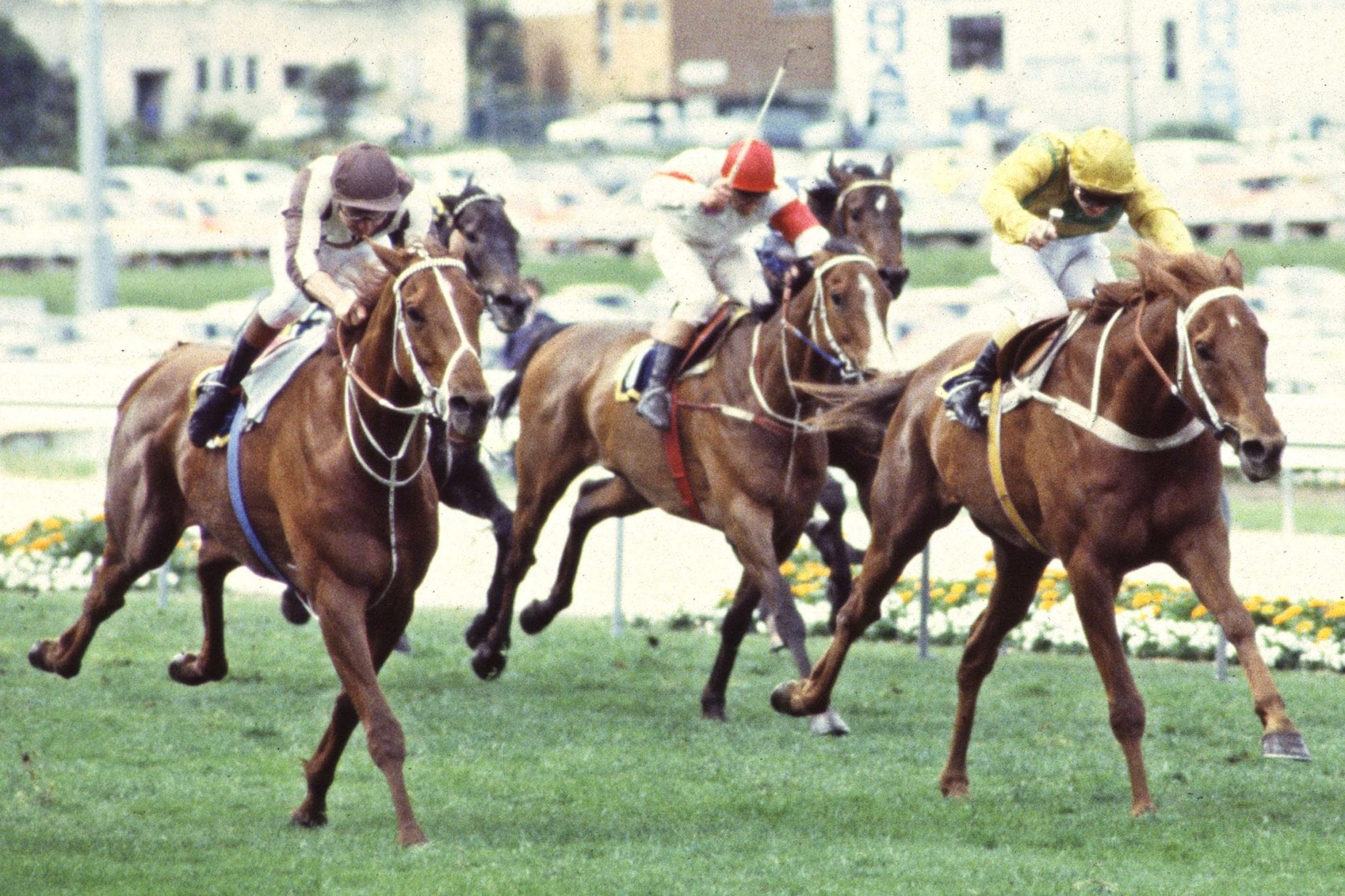 It says much for the impact that champion galloper Bonecrusher had on his trainer Frank Ritchie and strapper (and Ritchie’s son) Shaune that the mere mention of his name still sends a collective shiver down their spines.

The athletic chestnut, affectionately known as Big Red came into their lives at a pivotal time for both men, with Frank trying to establish himself in the top echelon of trainers while Shaune was a fresh-faced sixteen-year-old, straight out of high school and determined to find his own path in the thoroughbred racing industry.

With the Cox Plate touring New Zealand this week ahead of its 100th running on October 24 this year, it has provided an opportunity to reflect on the horse that changed the lives of Ritchie senior and junior.

It was a special quirk of fate that saw owner Peter Mitchell purchase the seemingly unfashionably bred Pag Asa colt after listening to the advice of a self-styled breeding student at the annual yearling sales. “We got him in 1982 when I had just started out on my own after training with my father for a few years,” Frank Ritchie said. “I was battling away and although I had trained a Group winner in Australia it was when he arrived that it really changed my life.

“There was an old fellow named Harold Hampton who was a postmaster and he used to go around the sales with his theories on how you could find a good horse and so on. “He was regarded as a bit of a joke but Peter felt that the theories that he had, potentially, had some merit. “So, he said to the old bloke to find him a horse and it was Bonecrusher’s family he came up with.

“He had some caveats though i.e. it had to be a male, and it would be one of four that would be a very good horse and you had to keep buying the males until it worked out that way which could be a long and expensive process. “His pedigree had no value to most onlookers and we bought the first one the year before Bonecrusher and called him Superbrat. “He had a couple of runs and didn’t do a lot but we bought Bonecrusher next, before the first one had raced.”

Mitchell purchased Bonecrusher for $3200 from the Claudelands Yearling sale and he first hit the track in August of 1984 where he won three of his first five starts as a juvenile including one at Group 3 level at Ellerslie before embarking on an ill-fated three start campaign in Australia.

Brought home after three lacklustre runs he commenced his three-year-old campaign with four consecutive placings including finishing third behind Random Chance and Field Dancer in the 1985 Group 1 New Zealand 2000 Guineas (1600m) at Riccarton.

Ritchie is convinced that trip away was the making of the horse. “He had hurt himself in an incident on the truck before he went to Christchurch and missed a lot of work,” he said. “He went into the 2000 Guineas underdone and I thought at the time the race would either flatten him or bring him on and thankfully it was the latter. “He won his next seven starts straight including the Bayer Classic (Group 1, 1600m) and the New Zealand Derby (Group 1, 2400m) before defeating the older horses in the New Zealand Stakes (Group 1, 2000m) at Ellerslie. “We went to Sydney and he won the Tancred Stakes (Group 1, 2400m) and finished off with a win in the AJC Derby (Group 1, 2400m).”

It was the spring of 1986 that saw Bonecrusher scale his greatest heights with his win in the Cox Plate over the Dave and Paul O’Sullivan trained Waverley Star, that has been dubbed the race of the century.

The two great horses went to war from the 600m mark with Bonecrusher prevailing in a titanic head-to-head struggle that caller Bill Collins summed up with the famous line “Bonecrusher races into equine immortality”.

Amongst the enthralled onlookers was strapper and now successful trainer in his own right, Shaune Ritchie who struggled to take in the wild scenes in the aftermath that followed. “I was sixteen and left school to go and look after the horse in Melbourne for that campaign,” Ritchie said.

“It was a pretty big thing as back then an OE (overseas experience) wasn’t a normal thing so just to go to Australia was a big trip. “After the race it was just amazing and I still remember the way the crowd stayed on to greet him and watch the presentation after the race. “Australians are punters and normally when a race is finished, they are off to the bookies to bet on the next race coming up.

“At Moonee Valley the bookies ring is out the back and you pass it on the way back to the stabling block. That day we went out the back and there was hardly a person there and you could have counted them on two hands as I think people were still out front watching on because they knew they had been a part of something very special.”

Ritchie will be forever grateful for the time he spent with Big Red and the influence it has had on his life. “I think the key thing about his Cox Plate victory is that without Waverley Star there would be no race of the century,” he said. “A wonderful quote I heard was that a great horse won the race but a great horse lost the race as well. “The doors that it opened for me were amazing as straight after the horse was retired, I went to work for John Dunlop in England so it was quite remarkable.

“People still want to talk about him to this day and in a radio interview I did recently I think I spent three minutes talking about my runners in the Auckland Cup and the New Zealand Oaks and another 17 minutes on Bonecrusher, a horse that retired 30 years ago. “He didn’t have the brilliance of Black Caviar or the dominance of Winx but why people loved him so much was his courage and when it looked like he couldn’t win, he would win.

“I doubt that there has been a story written about Dad or I that hasn’t included Bonecrusher somewhere in it and I have no problem with that as who doesn’t want to be associated with such a wonderful animal. “The fact that every day you go to Ellerslie you see the magnificent statue there of him, that he is buried underneath, is very special and it is very nice to have.

“I guess the only negative is that I left school and I started at the very top with the best possible horse and there is only one way to go and it’s not up.”

Frank Ritchie also speaks with reverence regarding the influence that Bonecrusher had on his life during and after his successful racetrack career. “It is astounding how much publicity he gets even 30 or 40 years later,” he said. “He paved the way for me to get more work and better quality horses which helped to establish my training business and get me to where I am today.

“I think it is a wonderful tribute to the horse that they have at Ellerslie and when we had to put him down it was very emotional but I think he deserves to have something special as he was such a special animal.”

Bonecrusher is buried next to the Ellerslie parade ring where his statue attracts numerous visitors who are all eager to pay tribute to Big Red.