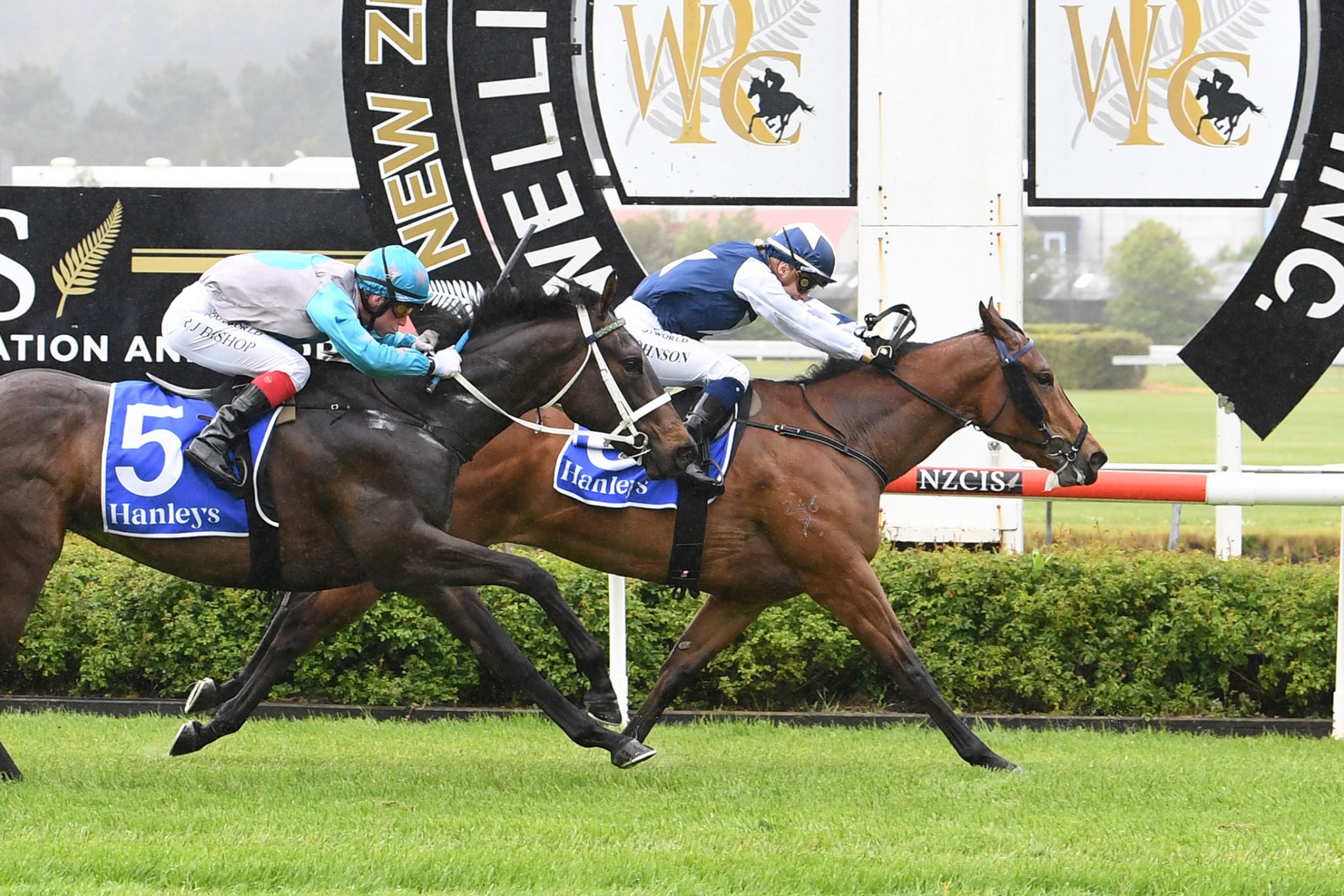 Otaki trainers Johno Benner and Hollie Wynyard are preparing to launch a new wave of gallopers, with two Gary Harding-owned debutants the source of plenty of anticipation this weekend.

Benner and Wynyard have six runners in action between Hawera on Friday and Wanganui on Saturday, when capable filly Hillaby tackles the Listed The O’Learys Fillies Stakes (1200m).

Outside the stakes race, the debut runs of Furnaces colt Hoodlum in the Sandfords Rural Carriers 3YO (1200m) and Lonhro colt Intent in the Jubee And Co Maiden 2YO (800m) are attracting plenty of attention.

“We’ve got a really good team at the moment, some really nice prospects coming through,” Benner said.

“We sold a lot of horses last year so you need the new blood to replace them and we’re really happy with what we’ve got.”

Hoodlum joined the stable as a yearling but a series of minor setbacks prevented him from racing as a two-year-old.

But Benner has high hopes for the colt, suggesting the Group 1 Al Basti Equiworld Dubai New Zealand 2000 Guineas (1600m) at Riccarton on November 6 as a possible spring target should he develop up to expectations.

“He’s shown us a lot but you’ve still got to get out and do it raceday so the acid is on him to do that now. We’ve got big goals for him so we’d like to see him get the job done tomorrow and then we can go from there,” Benner said.

“He had a jumpout at Levin and went really well. He’s nice and forward and drawn well and we expect him to go pretty well. If he can do that, then we’ll look at races like the Hawke’s Bay Guineas (1400m, Group 2 at Hastings on October 2) and the 2000 Guineas because he should get a mile.”

Benner and Wynyard’s other runner at Hawera is Hold The Press, a winner of three of her six races and fourth in last season’s Group 2 Wellington Guineas (1400m) at Trentham.

“She’s got good ability and good speed so she should dictate off the front. She was a recent jumpout winner but 59 kilos is a big weight for her first-up. We’ll just look at chasing black-type this season with her.”

At Wanganui on Saturday, Benner and Wynyard will saddle four runners, with Intent contesting the first two-year-old race of the season.

“He’s only had a light preparation, going into this with just a jumpout but it’s just a good starting point for him,” Benner said.

“He’s Karaka Million-eligible and it would be nice to get some prizemoney in the bin early. He’s a nice horse and he’s only going one way after this.”

Benner was pleased with Shooting To Win filly Hillaby, who at times was poorly away at the start of her two-year-old races last season.

“She had those barrier issues in that she was reluctant to come away but we’ve done everything we can to correct that and from what we’re seeing, she’s a lot better now,” Benner said.

“She’s not a bad filly and we expect her to run really well. If her form warrants it, we’ll follow the fillies path with her this spring.”

Happy Star, sixth in the Group 3 Winter Cup (1600m) at Riccarton last month, steps up to a middle distance in the Fredrik Paul Westby Memorial (2040m).

“I’ve been hanging out to get him over 2000m and the slow track won’t worry him either. It was a pass mark, his run in the Winter Cup, but up to 2000m off the minimum on Saturday, I expect him to be pretty competitive.

“He ran well in this race last year (fourth in the Foxton Cup over 2040m at the same meeting) and he’s a lot stronger horse this year.”

“She’s going well and she goes well fresh and has worked well for this but this isn’t her target race; that’s the Metric Mile (1600m, Group 3 at Awapuni on September 25). We’ll be happy if she runs a good race and is doing her best late,” Benner said.