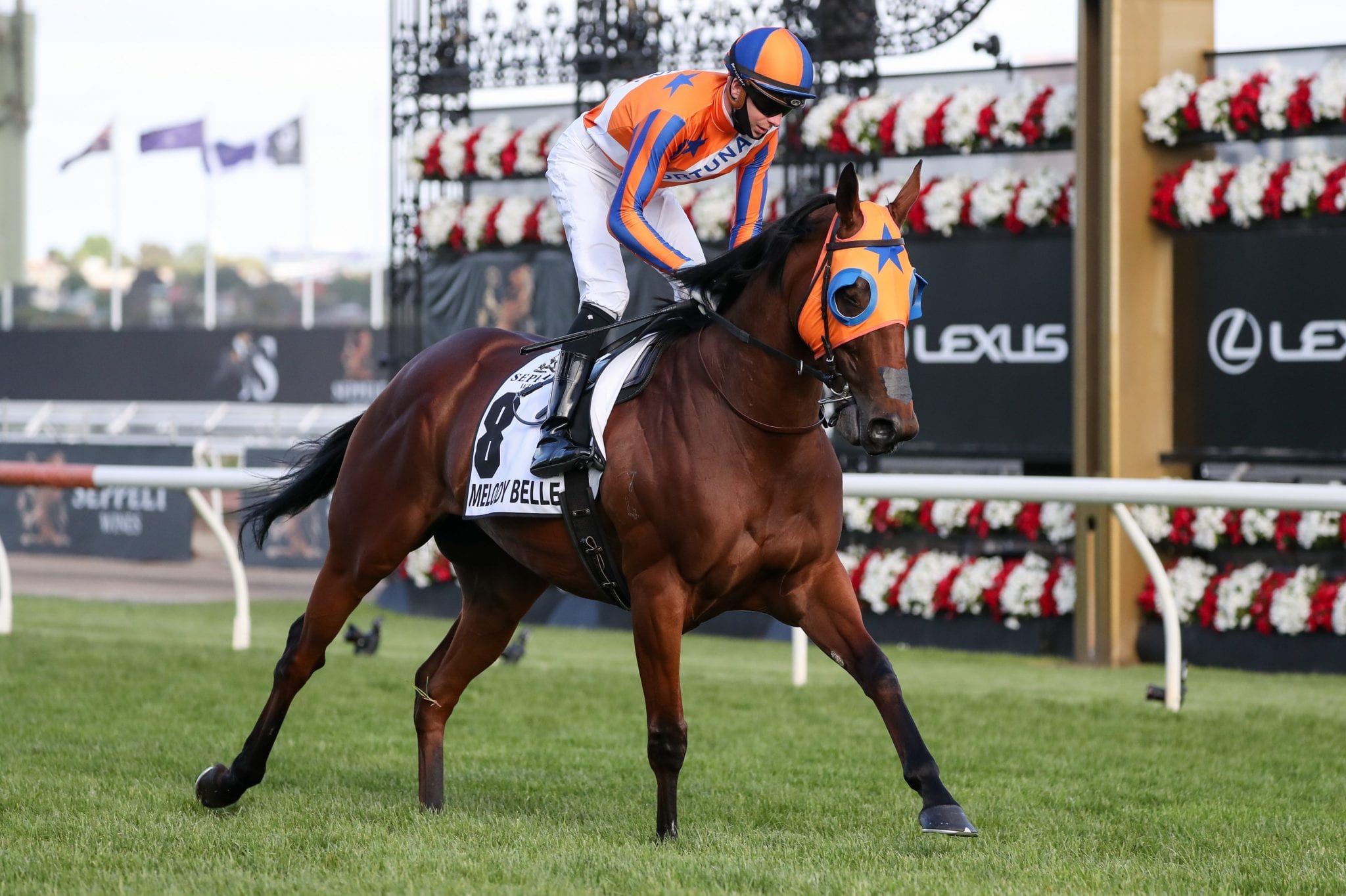 Star Kiwi mare Melody Belle will return home after a hit-and-run raid to Melbourne for the Group 1 Mackinnon Stakes (2000m) in which she finished third behind Arcadia Queen at Flemington last Saturday. Ridden by Melbourne Cup-winning jockey Jye McNeil, Melody Belle added more Australian black-type to her CV as her career draws closer to the end.

John Galvin, who manages the Melody Belle Fortuna Syndicate that owns the multiple New Zealand Horse of the Year, said connections were pleased with the Jamie Richards-trained mare. “Jye said she gave him a great ride in the race. He thought he was on the winner on the turn but she was just a bit flat-footed when the other two horses (Arcadia Queen and Fifty Stars) went past her. “He said that if the track had been just a bit off that she would have had a better turn of foot.”

While disappointed the forecast rain never came to fruition, Galvin was proud of the six-year-old mare’s efforts as attention turns to what will be her final campaign. “We have no regrets. She deserved the opportunity and we could’ve taken the easy options here of going to the Captain Cook (Group 1, 1600m) and the Zabeel Classic (Group 1, 2000m), but we decided to give her a chance. “It didn’t quite payoff in terms of a victory, but certainly financially it did her no harm with A$180,000 banked for third, and it did her CV no harm either.”

While there are no comparisons between Melody Belle and champion mare Sunline, the current day star would equal the great mare’s Group 1 tally of 13 should she add another Group 1 to her record. “She comes home on Thursday and will go to the paddock at Te Akau for three weeks before we bring her back into work,” Galvin said. “Jamie and I have yet to discuss a clear set of plans, but our priorities will be to race her in New Zealand until we equal or surpass the ‘Sunline Record’ for Group 1s.

Galvin said depending on how the mare returns, an autumn swansong in Sydney could be on the cards, with Melbourne all but ruled out. The daughter of Commands, who is raced by a 34-strong syndicate, is sure to be a highly sought-after broodmare upon retirement. “Although she’s sound and we think she could race on as a seven-year-old, she’s had five full seasons of racing,” Galvin said.

“She doesn’t owe any of us a cent and we don’t want her limping into retirement. “She’ll go to a public auction, that’s not yet determined where that will be, but at the end of the season, she’ll be sold. “It’s been a great thrill for us all. I’m sure there’s going to be a few tears in the eyes when she has her last race but she’s brought so much pleasure to so many people.”