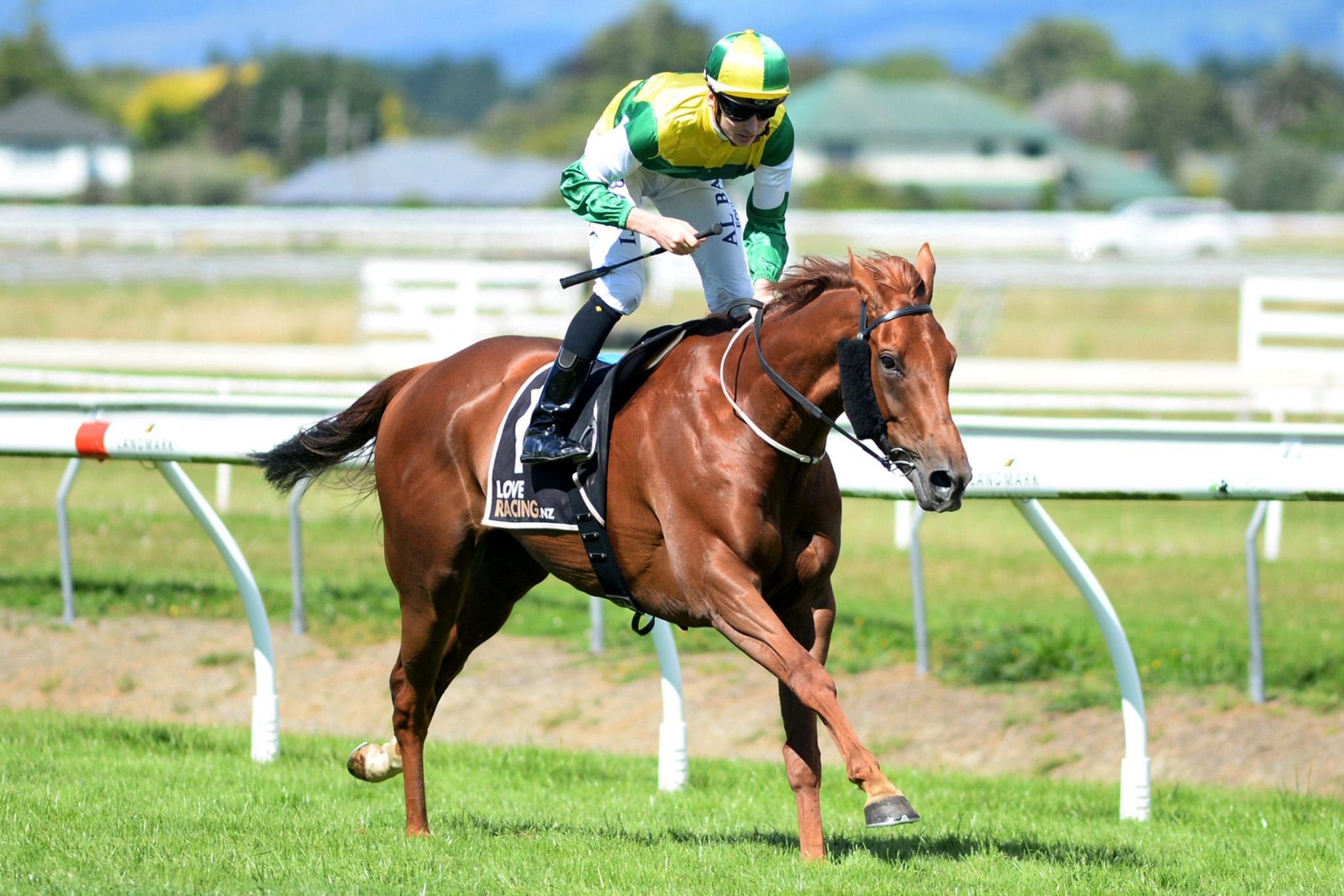 Exciting stayer Beauden returned to the scene of his 2020 triumph in the Listed Japac Marton Cup (2200m) on Saturday and made it back-to-back victories in the race with a devastating performance.

The Team Rogerson-trained six-year-old came into the race off the back of an emphatic four length win in the Taupo Cup, where regular rider Ryan Elliot had set him alight well before the home turn that day to blitz his race rivals.

Elliot adopted similar tactics on Saturday as he stalked the speed on the topweight before joining issue with pacemaker Sergeant Blast at the 600m mark. Beauden bounded to the front rounding the home bend and kept up a strong gallop to hand out a galloping lesson to his rivals, jogging home to win by three and a half lengths from Grand Bouquet and The Good Fight.

Co-trainer Graeme Rogerson was keen to see his charge put in a good performance as he sets his sights on a tilt at the Group 3 NZ Campus of Innovation & Sport Wellington Cup (3200m) at the end of the month.

“He’s back to his best and we thought he would be hard to beat today,” Rogerson said. “He had a problem with his white cell count during the spring and wasn’t quite right, but he’s over that now and he’s racing accordingly.

“He loves it at Awapuni and is a very good horse. “He’s a Cup horse and the win today won’t see him re-handicapped for the Wellington Cup. “We’re going to sit down with his owner and have a talk about it, but that’s the race I want to see him in as I think he’s a true two-miler.

“We ran today to give him that three weeks before the Cup as that will suit him best, while the trip back down to Wellington won’t hurt him either as he loves travelling.”

Bred and raced by Joan Egan, Beauden has now won ten of his 33 starts, with seven of those coming at Awapuni and has accumulated just under $270,000 in prizemoney.

Beauden currently sits as the +700 second favourite in the TAB Fixed Odds market for the Wellington Cup behind +500 favourite Waisake.