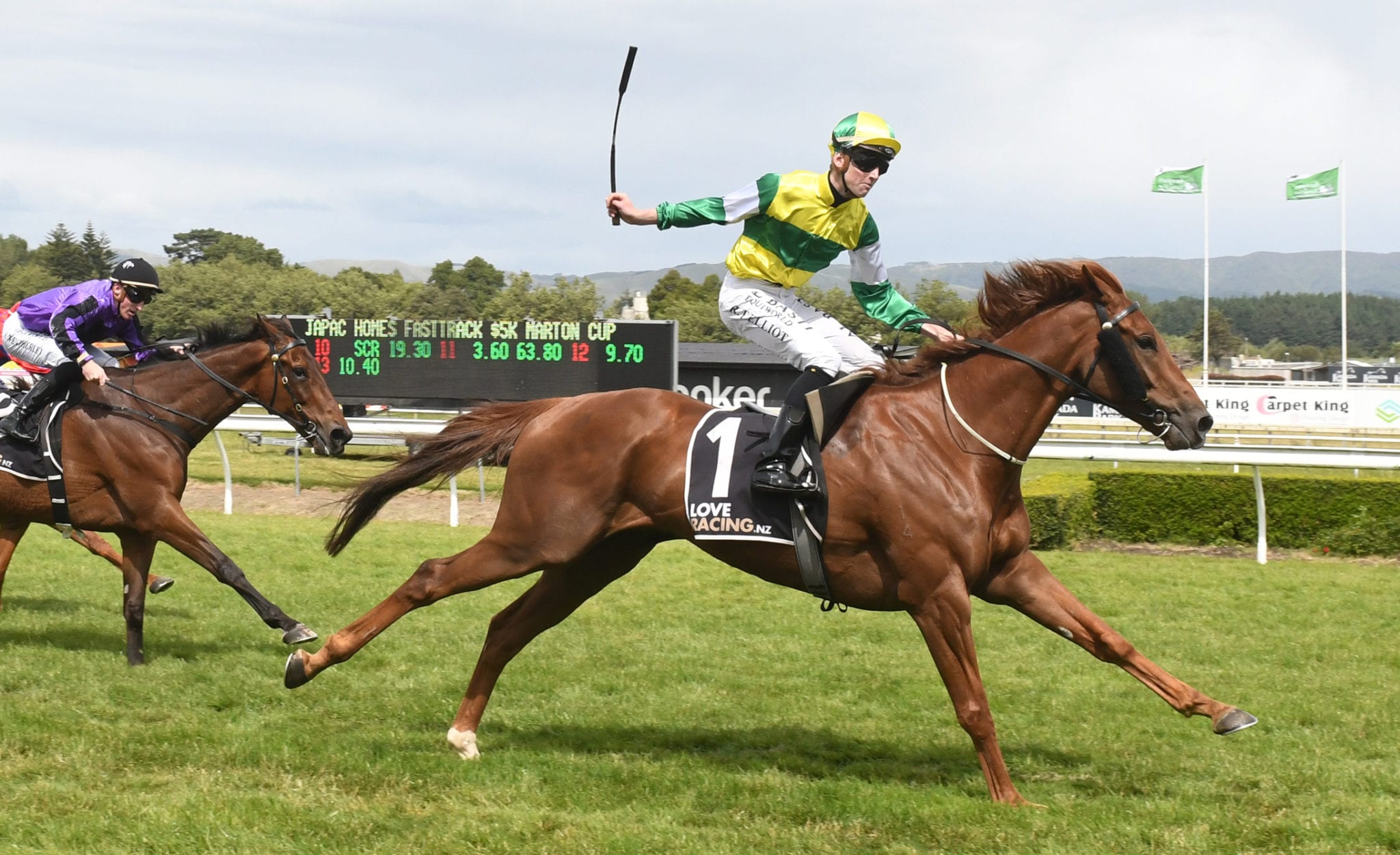 Tuhikaramea visitor Beauden made light work of his 59kg topweight as he took out the Listed Japac Homes FastTrack $5k Marton Cup (2200m) on his favourite Awapuni track. The Team Rogerson-trained galloper had won five times from just seven outings at the Palmerston North circuit before Saturday and added a sixth victory and his first at stakes level with a comprehensive performance in the hands of regular rider Ryan Elliot.

Sent out a $2 favourite off the back of a gritty placing in the Group 1 Zabeel Classic on Boxing Day, the Bullbars five-year-old sat three-wide throughout the contest before issuing his challenge near the outside rail entering the home straight. Elliot judged the finish to perfection as Beauden stormed over the top of hardy veteran Sampson and Solsefei to power clear in the final 100m for an emphatic two-length victory.

Co-trainer Bailey Rogerson was thrilled to see Beauden earn his first black type victory for popular owner and breeder Joan Egan and with the way he coped with the 2200m journey. “He loves it here and although it was 2200m today he ran 2400m and did it very well,” she said. “He’s faced a different challenge each time and every time he’s stepped up so who knows how far he can go. “As long as we keep looking after him, he’ll be right there.”

Earlier in the week Rogerson’s grandfather Graeme had outlined possible future plans for Beauden which include another attempt at Group 1 glory with the gelding holding nominations for the Group 1 Herbie Dyke Stakes (2000m) at Te Rapa and the Group 1 Auckland Cup (3200m) at Ellerslie. “We’ll talk to his owner Joan Egan and make a plan on what to do with him next,” Rogerson said. “Hopefully he can carry on the great run that Joan has been having in the last few weeks.”

Egan has been to the fore of late through the deeds of both Beauden and Group 3 Manawatu Cup (2300m) winner Concert Hall. Beauden is the third foal of Group 2 Rich Hill Mile (1600m) winner Belle Femme, a half-sister to champion two-year-old Flying Babe and has now won eight races and over $200,000 in prizemoney.