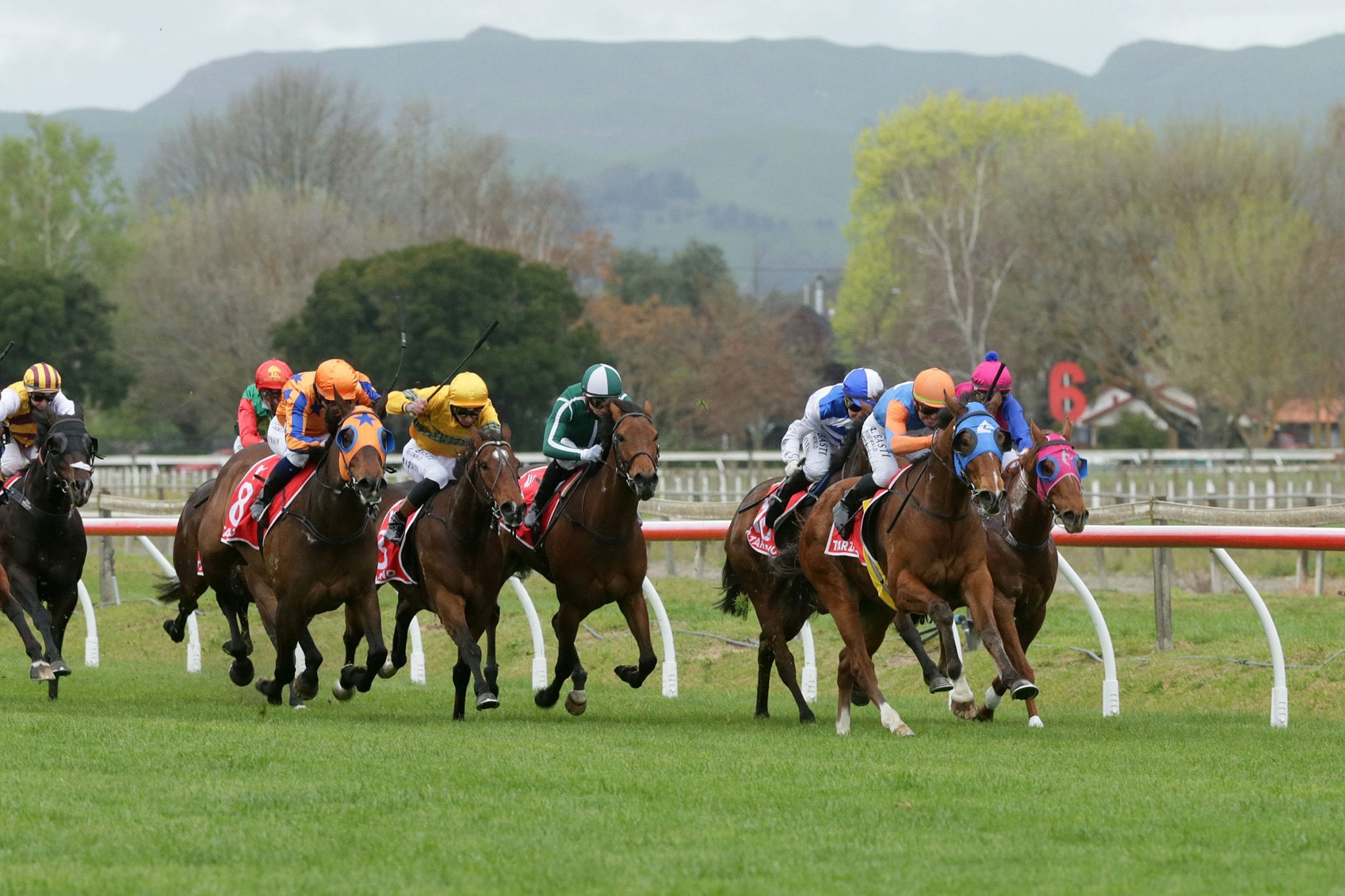 The Group 1 Windsor Park Plate (1600m) at Hastings in a fortnight is shaping as another standout contest based on the comments from connections of the horses who finished in behind Saturday’s upset winner of the Group 1 Tarzino Trophy (1400m), Callsign Mav.

Form analysts will be casting their eyes over video replays of the season’s first Group 1 feature but amongst the beaten brigade there will be plenty of support for those runners who will relish the step up to the 1600m distance of the second leg of the Hastings Triple Crown.

One of those is Matamata mare Supera, who was having her first run in a new campaign and who flew the last 50m in tight quarters to snatch second off race favourite Avantage. Co-trainer Ken Kelso was delighted with both the performance of the six-year-old daughter of Savabeel and her post race recovery.

“We were rapt with the run,” he said. “She just needed to get some clear air in the straight as she had a little trouble getting some space to make her run. “She has pulled up really well, came home last night and ate up well so we are very happy. “She will go to the Windsor Park Plate now and then, all going well, on to the Livamol (Group 1, 2040m) on the last day.”

Jamie Richards was left rueing a hiccup in the starting gates for Avantage which saw her miss the jump before fighting on doggedly in the home straight to finish close up in third. “She was a little bit fractious in the barrier and missed the start by a length or two which you just can’t do against quality opposition in these big Group 1s,” Richards said. “We’ve got a little bit of work to do but we can definitely fix that. “She ended up in a good spot but had to come three and four deep to make her run which took its toll. “Everything considered it was a very good run and a mile in two weeks should suit her nicely.”

Another who had trouble finding clear galloping space in the run home was last season’s Group 1 New Zealand Oaks (2400m) winner Jennifer Eccles although co-trainer Shaune Ritchie found plenty of positives in her fresh-up run for fourth. “We’re pleased with that as it was her first time at weight-for-age and against those quality older horses,” he said.

“It’s a little like stepping up from middleweight to take on Mike Tyson in the heavyweight division when you run in these races, so she’s only going to get better with more experience and ringcraft at this level. “She probably didn’t quicken up like a true 1400m horse and that was to be expected but all in all I was very pleased with the ride by Matt Cameron and how she got to the line.

“I think the hardest part of the race was afterwards when speaking to the owners as we’re not used to getting beaten, so that wasn’t as much fun as it normally is after a race. “She travelled home well last night and is bright and happy this morning so we’re looking forward to the second day now.”

From those who finished further back, no one was happier than trainer Gavin Sharrock after witnessing the slashing late run from his underrated mare Vancooga who dashed home in 11.15 seconds to record the quickest last 200m of the race.

Sharrock has his eyes on the Group 1 Livamol Classic (2040m) on October 17 for last season’s New Zealand Oaks runner-up and will use the Windsor Park Plate as her final lead in to the Livamol. “We got home at 10:15pm last night and she only left half a handful of feed,” he said. “Sprinting was never going to be her game so we are taking it step by step to the Livamol. “She just can’t go early enough to really be in it over 1400m but once she gets over more ground, she will be well suited.

“She ran the fastest last 200m and is very well at present. We went to Hastings on Friday and that was her first overnight trip and she was just perfect and took everything in her stride. “She will go to the Windsor Park Plate now and then hopefully to the Livamol after that.”

One who is unlikely to be at Hastings for the second day is Saturday’s sixth placed runner Tavi Mac, with trainer Allan Sharrock thinking about giving him a break after his exertions on the weekend. “He got the right run in the race but he just might have needed a bit more dig in the ground,” Sharrock said. “He raced really well and Troy (rider Troy Harris) thought on the corner he was home as he was just bolting.

“When he really asked him at the 300m he just didn’t quicken like I know he can. “I might just back off him as he has got to that level pretty quickly so we will look after him now as I think in twelve months he will be well up to them in these type of races with a little more experience under his belt.”