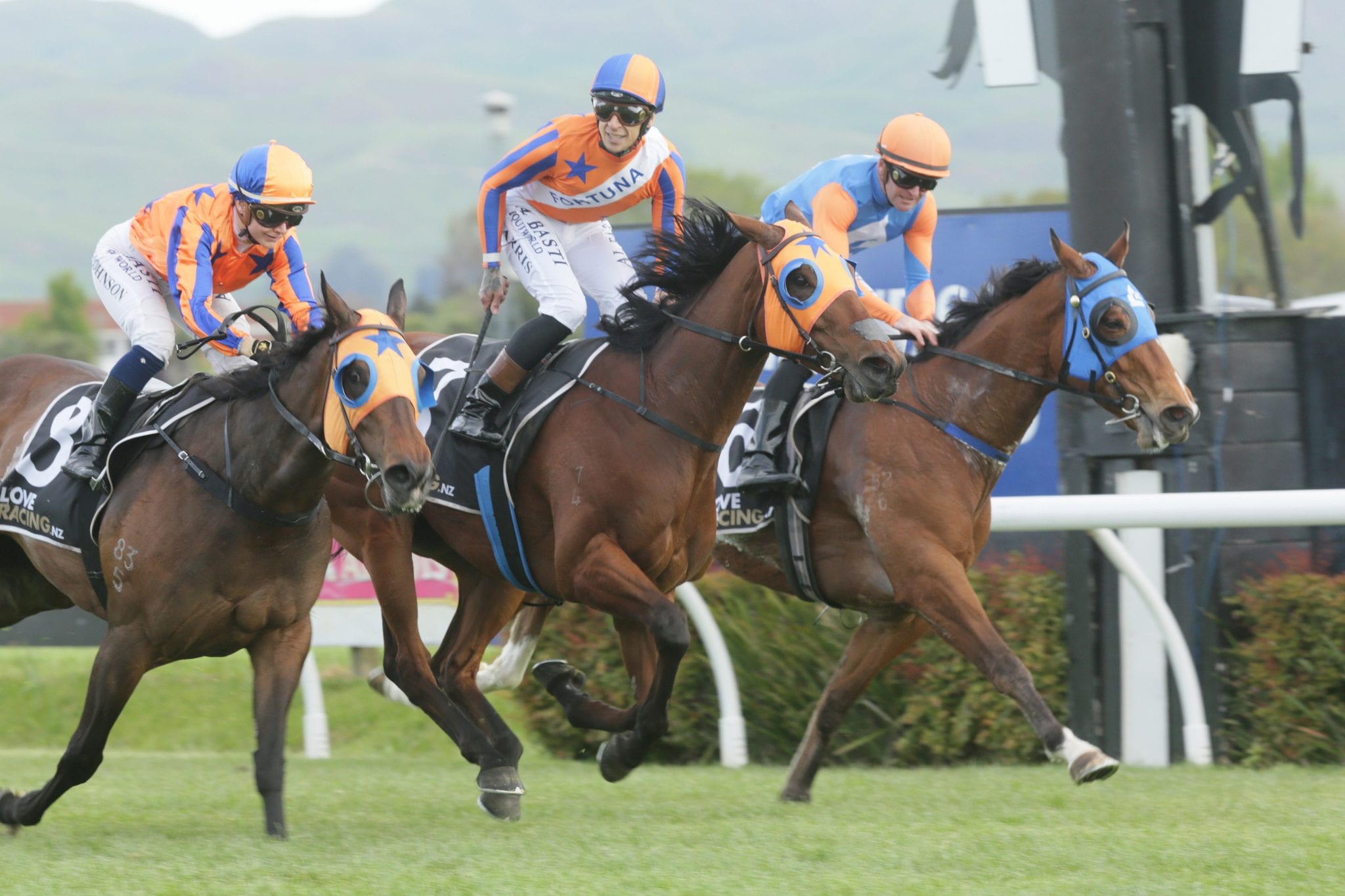 In a thrilling finish to the Group 1 Windsor Park Plate (1600m) at Hastings it was the Jamie Richards-trained pair of Melody Belle and Avantage who produced a one-two result for their Matamata mentor. Punters had found it hard to split the two high class mares leading into the race and so it proved on the day as they hunted down upset Group 1 Tarzino Trophy (1400m) winner Callsign Mav in the final stages before hitting the line locked together.

After some deliberation it was last year’s Hawke’s Bay triple crown winner Melody Belle who got in the deciding stride for rider Troy Harris as she captured the eleventh Group 1 title of her illustrious career. The Commands six-year-old answered her critics in the best possible fashion after returning from an underwhelming Australian campaign recently following two lacklustre runs in Sydney.

Richards had an inkling she was somewhere near her best during the week and so it proved as she showed her old grit and determination to head off Avantage, who looked to have her measure within the shadows of the winning post. “It was a lovely ride by Troy, who had her in the right spot all the way,” Richards said. “I just got a feeling on Thursday morning that she was back somewhere near where she needed to be. “Troy came in and said that she gave him a bit of confidence (with her trackwork).

“She’s a wonderful mare and it’s a credit to everyone who has looked after her all the way through, right from the time that Dave (Ellis) bought her and the team that has looked after her here and in Sydney. “I honestly don’t believe that she was going that bad in Sydney but she was running into proper horses without a lot of luck. “Now she’s back in New Zealand and she’s loving it.”

Richards advised the mare was likely to be set for the Group 1 Livamol Classic (2040m) on the last day of the Hastings carnival on October 17, where she will most likely clash with Avantage again. TAB Bookmakers reacted to that news by installing Melody Belle as the $2.40 Fixed Odds favourite for the race ahead of Avantage at $3.20 with Two Illicit, who finished off nicely for fourth on Saturday, sitting at $6.50.

It was Melody Belle’s 16th career victory from 33 starts, her 11th at Group 1 level and takes her stakes earnings in excess of $3.67m. She was a $57,500 purchase by Te Akau Racing principal David Ellis from the Haunui Farm draft at the 2016 National Yearling Sale at Karaka.

Stablemate Avantage lost no admirers after going within an inch of victory whilst local runner Callsign Mav showed his Tarzino trophy win was no fluke after looking to have his rivals in plenty of trouble when he dashed clear at the 300m.