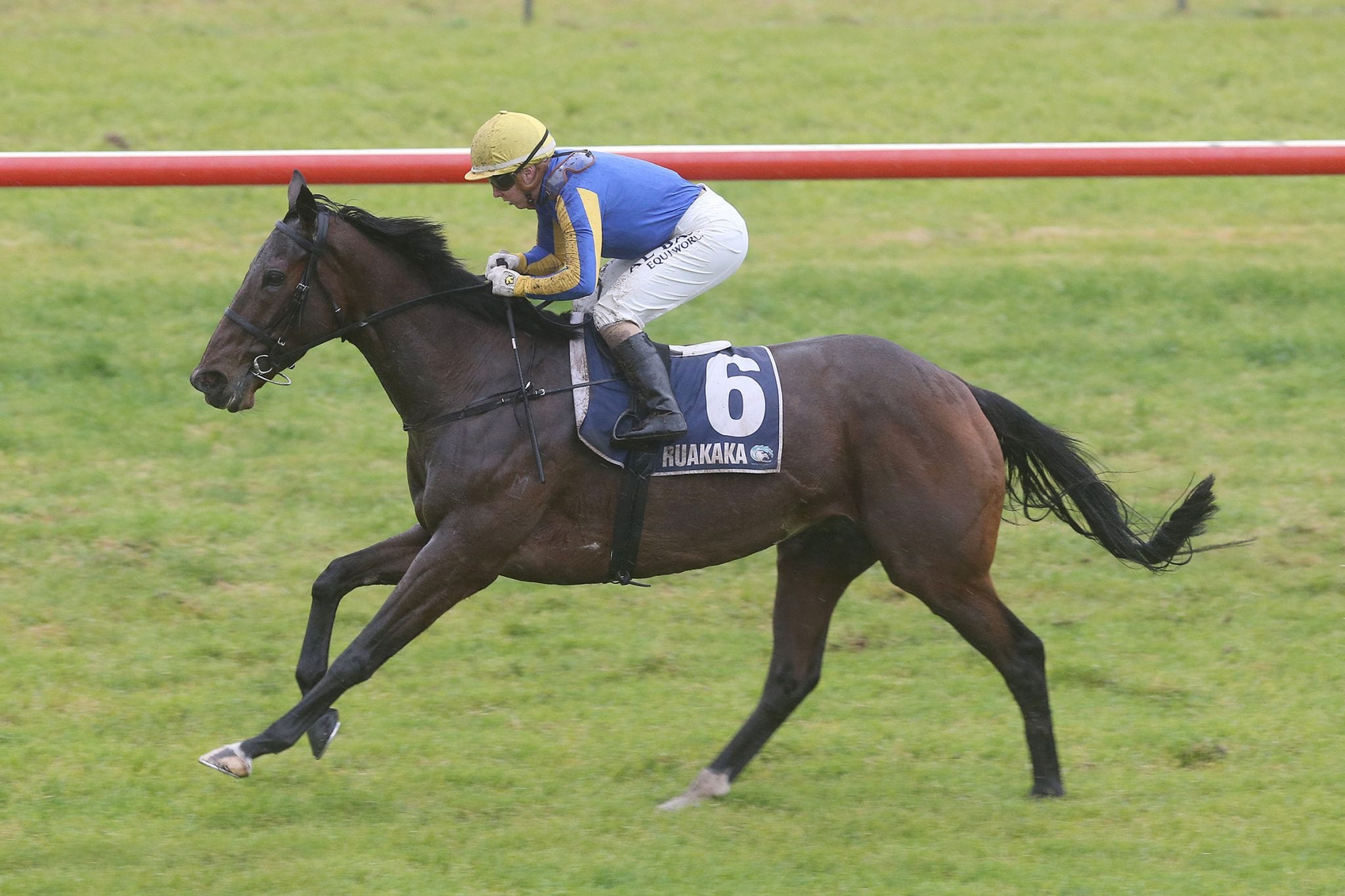 Proven wet track performer Barbara provided a welcome mid-winter highlight for her owner and former trainer Nigel Tiley when she strode clear in the concluding stages to capture the feature event at Ruakaka on Saturday, the ITM/GIB Whangarei Gold Cup (2100m).

Raced by Tiley along with wife Lee and her sister Mandy Rutherford, the five-year-old daughter of He’s Remarkable was transferred to the stable of fellow Pukekohe trainer Kylie Grass shortly before the Tiley’s departed for an extended Queensland holiday break in early June.

Barbara finished an eye-catching second in her first run for Grass, but was stepping up in class for Saturday’s open class contest as a rating 68 runner.

The tougher grade proved no trouble for Barbara and rider Samantha Collett as they sat back off the breakneck pace set up by favourite Masetto before swooping into contention with 600m to run.

Collett took Barbara to the front approaching the home bend and she ran away to score by four and a half lengths from stablemates Kaareraway and Final Suggestion, who fought out the minor placings.

Grass admitted it was both an exciting and emotional moment as she watched her charge hit the finishing line first.

“That is just amazing and I don’t care how wet and horrible the weather is, I think it’s a fine sunny day after that,” she said.

“Barbara is the first horse I ever trained as Nigel gave her to me to rehab after she suffered a leg injury when she was younger.

“I didn’t have my license at the time, but he told me if I got it, he would leave her with me to start off.

“She came out and won at her fourth start for me and I was just over the moon. I gave her back to Nigel and she won another race but then Nigel called me and asked if I would like to train her again as he and Lee were heading away for three months.

“I was blown away and just so thankful to them both as it gives me such a great opportunity to learn from someone as accomplished as Nigel.

“Lee called me straight after the race to congratulate me and it is fair to say there were tears.”

Grass had been confident of a good performance after the mare’s first-up effort for her and when the rain came, that confidence soared.

“I knew she had been working really well and would be a chance, but when it rained it made the track just perfect for her,” she said.

“Nigel had spoken to Sam earlier in the day, so I knew I didn’t have to give her any instructions and she rode her a treat.

“I just can’t believe she did it that easily and it only began to sink in when they handed me the cup after the race.

“The first thing Lee said to me was that I’d better have a drink out of it (the cup) tonight and I’m going to definitely take that advice.”

Grass will speak with Tiley over the next week to confirm where to go next with the mare but didn’t rule out tackling a race like the Taumarunui Gold Cup (2200m) at Rotorua in a fortnight.

Barbara is out of the Thunder Gulch mare Shades of Silk, who is the dam of the former Tiley-trained Group 2 Wakefield Challenge Stakes (1100m) winner Showboy, who was sold to Hong Kong interests where he won another four races under the name Jade Fortune.

The victory provided the middle leg of a winning treble for Collett after she had earlier scored aboard two-year-old filly Dream Queen for Ken Rae and Krystal Williams-Tuhoro before providing a second success for that pair when guiding Irish Girl to success in an open 1400m contest.