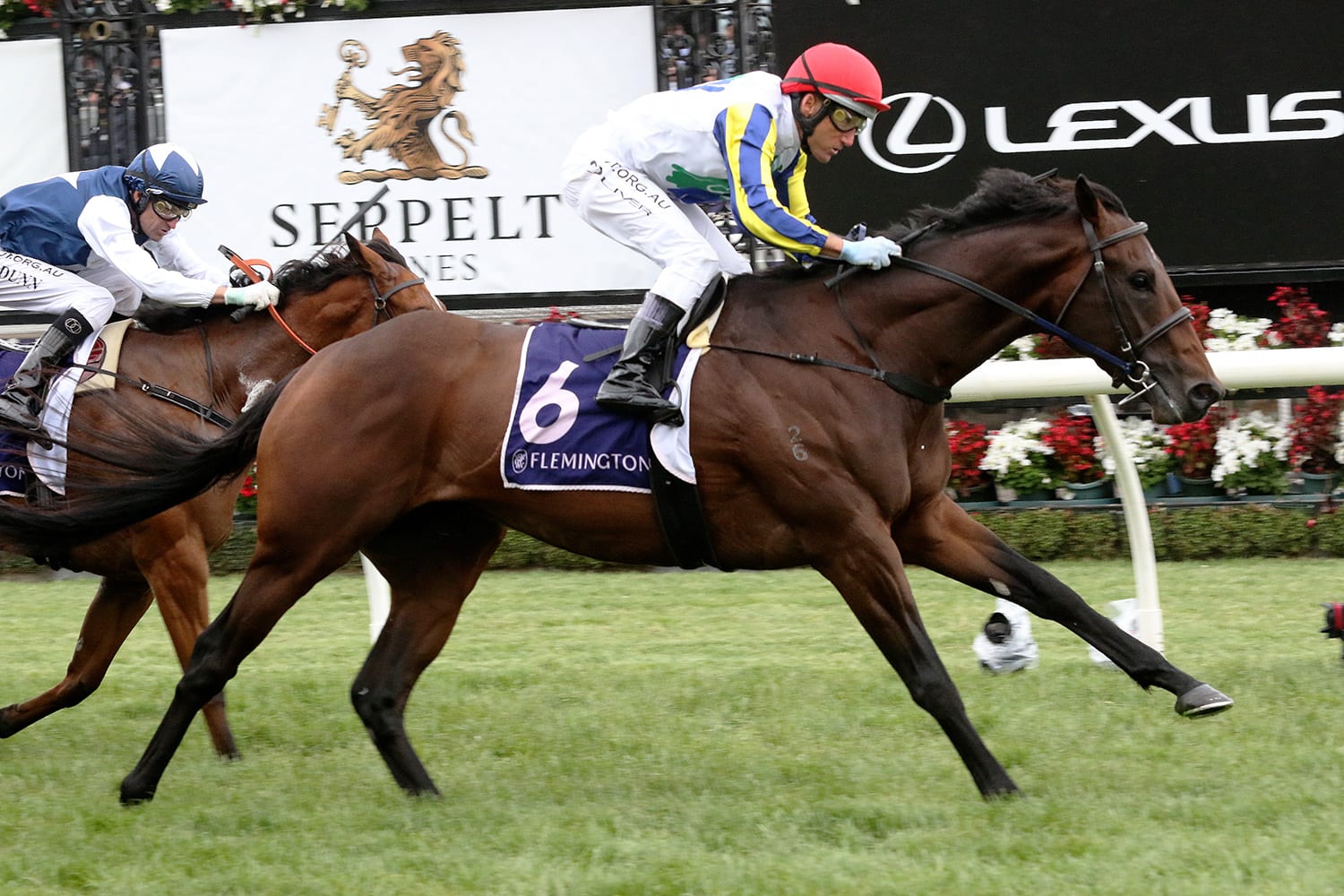 Stallion credentials go on the line for Kiwi-owned colt Banquo in Saturday’s Group 1 Newmarket Handicap (1200m) at Flemington. The Written Tycoon colt goes into the sprint feature having won two of just eight starts but he will take his chance with a featherweight 51kg to carry against the likes of Exceedence, Bivouac, Loving Gaby, Gytrash and Zoutori.

Raced by a who’s who of New Zealand bloodstock and racing personalities, Banquo was a $A600,000 Gold Coast yearling purchase who could secure his future at stud with Newmarket success. “He’s a lovely horse. He was a lovely yearling and he’s gone on and developed nicely as he’s got older,” said Waikato Stud boss Mark Chittick, who races the colt with his father Garry, Bruce Perry, Lib Petagna, Little Avondale Stud’s Sam Williams, Jamieson Park’s James Chapman, Dame Lowell Goddard and siblings John, Mark and Rachael Carter.

“Saturday is going to be interesting because we’ve had serious interest in him from Hong Kong. So does he carry on racing in Australia with a view to developing him as a stallion or do we trade him to Hong Kong?”

Banquo won his maiden over 1400m at Sale before securing his first stakes win in the Listed Springtime Stakes (1400m) at Flemington last November. He then ran fourth in the Group 2 Sandown Guineas (1600m) and had placed twice, most recently in the Group 2 Autumn Stakes (1400m) at Caulfield, as he was preparing for a possible tilt at this weekend’s Group 1 Randwick Guineas (1600m) in Sydney.

However, Caulfield trainer Danny O’Brien suggested to connections that they change tack. “He won a Listed race really well during the Melbourne Cup carnival and then he ran really well in the Sandown Guineas when he had no luck from a wide draw,” Chittick said.

“We had been stepping him up to the mile again but we just questioned him at that distance and hence why we have freshened him and stepped back to 1200m. His full sister Booker won an Oakleigh Plate (Group 1, 1100m) and we just wonder whether this might be his best distance. “Danny reckons he couldn’t have him any better and he thinks he’s a sprinter. We’re pretty confident he’s got the ability. It is a big step up but it was Danny’s suggestion and he’s won the race before (with Shamexpress in 2013) and he said he compared pretty well. And he gets in with 51kg so it’s a good time to try with such a light weight.”

Chittick said the ownership group came together over “a couple of glasses of wine” with the idea of speculating on well-credentialled colts. “We’ve traded some for profit. Some haven’t measured up and have been traded for a loss. Ardrossan is one we raced that is already at stud.”

If Banquo can’t measure up in the Newmarket, Chittick is hoping Ocean Park four-year-old mare Tofane could be the giant killer. “We’d love Ocean Park to add another Group 1 to his tally. He’s going so well and we’ve got a terrific, long-term link to her breeder Gordon Cunningham. We’ve been friends a long time. When we first bought Waikato Stud he was working here and he stayed on and really helped us find our feet.”

Chittick described the current buying environment for Group 1-winning colts as “fierce”. “We were lucky enough to secure Super Seth after he won the Caulfield Guineas and we’re very pleased he’ll be standing at stud in New Zealand,” Chittick said. “It’s very difficult for New Zealand to compete against the international money. In New Zealand, we are owner-operators of studfarms as our sole business. We’re proud we’ve been able to get a stallion like Super Seth with the support we’ve had through relationships built through previous successful stallions here.”

Super Seth was ruled out of Saturday’s Randwick Guineas with a spiked temperature but Chittick said he was on the mend. “I’ve been in touch with (trainer) Anthony Freedman and he said his temperature has stabilised and he’s back on his feed. Our main priority is the horse’s health.”