Bambry in search of early result for owner Ben Kwok 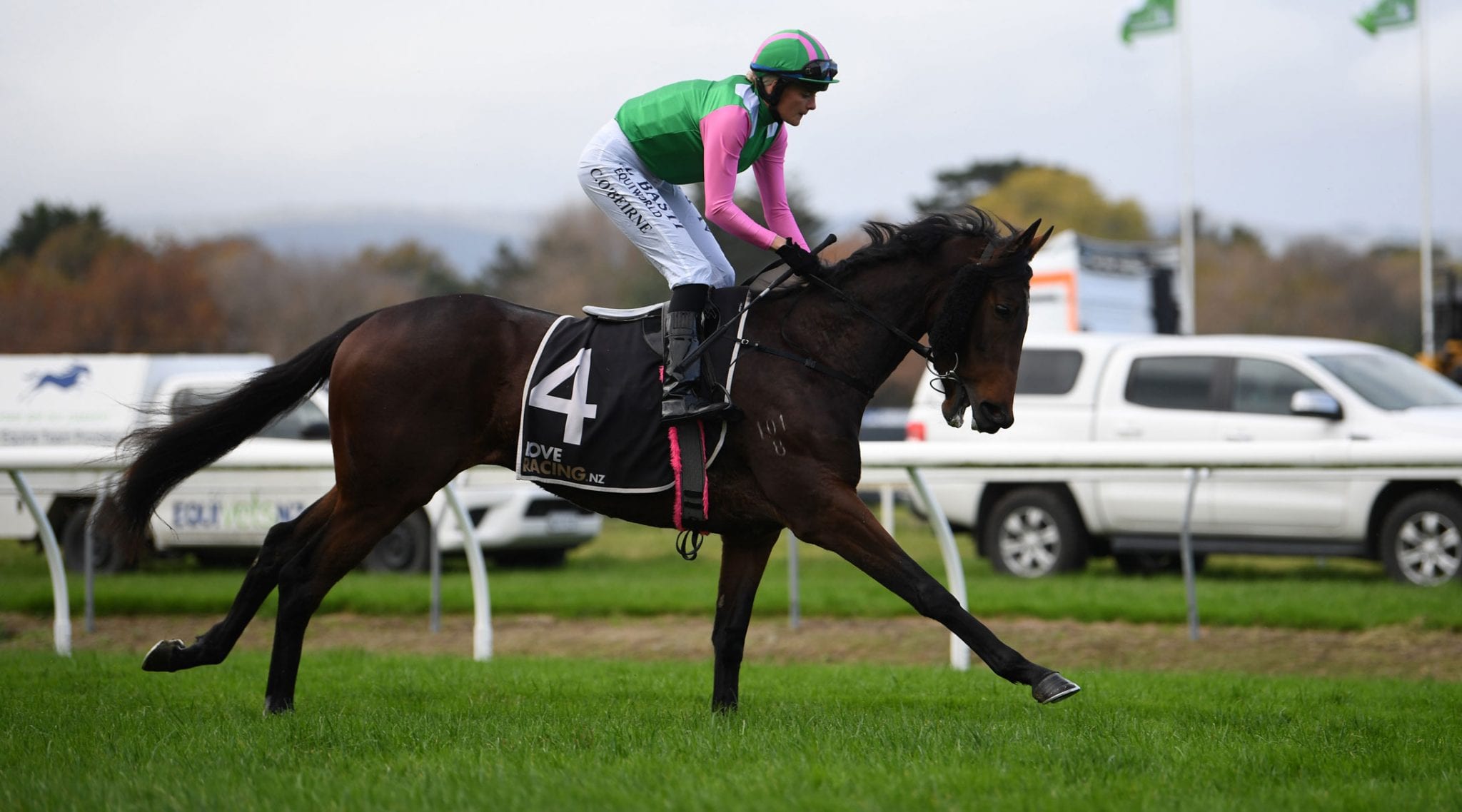 New Zealand trainer Chrissy Bambry is keen to land some early black-type with promising juvenile Bellacontte, who will contest the Listed Castletown Stakes (1200m) at Wanganui on Saturday.

The daughter of Burgundy finished third on debut at Awapuni late last month, but ran home strongly behind Shamus despite showing signs of greenness and Bambry expects the multiple trial winner to benefit from that experience.

“I think she will improve quite a bit,” she said. “It has come up quite a strong field but you expect that in a stakes race.

“There are a number of proven horses with wet track form, though I think she should cope with the rain-affected track alright (currently Heavy10).

“She had a jumpout at Foxton today with a set of blinkers on because I think she will take improvement from that as well.”

Jockey Sarah Macnab will take the mount and partnered Bellacontte in her jumpout on Tuesday.

“I wanted to put a senior rider on, she is not a very big filly so it is good to have a nice small senior on to keep her balanced in the heavy track,” Bambry said.

“We had a lot of rain overnight and it was heavy and she seemed to go through it pretty well.”

Bambry is excited by the prospect of gaining an early result for Hong Kong owner Ben Kwok, who is quickly becoming one of New Zealand’s most significant racehorse owners, supporting a vast array of proven and young trainers.

“I was lucky that Ben Kwok sent two fillies down last year and she has been through my system the whole way through,” Bambry said.

“Kiltannon Stables broke her in and jumped her out of the gates and then she came down to me. She trialled for me last year and went shin sore so we put her aside and she went shin sore again coming back, but this time in she has been really good.

“She just really loves her routine and is a total little professional. She doesn’t do too much at the track, she really only goes in to gallop and does the rest of the work on the water treadmill.

“She is my first racehorse I’ve trained for Ben so I am really lucky he chose me to train this little filly because I think she has plenty of ability and upside to her. I have another one in work for him but she is more of a three-year-old type so it is nice to have one with a bit of ability first up for him.”

Bambry will also have veteran galloper Deerfield line up in an Open handicap over 1200m, and is hoping to gain some weight relief for the seven-year-old by utilising a new name to the jockeys’ ranks with a four kilo claim.

“All things going well he will have Liam Kauri riding him, who is supposed to be gaining his licence today,” Bambry said.

“He rode him in a jumpout and is apprenticed to Suzy Gordon down at Foxton and he comes and gallops a couple during the week for me.

“He sits on them well and is well-balanced and the claim on that heavy track at Wanganui will be a bonus.”

Bambry is expecting the nine-time winner to improve with the run after a couple of quiet jumpouts but her enthusiasm for the gelding whom she part-owns is obvious.

“He has been an awesome horse and is a big learning curve because he is a bit hard to manage with his niggly issues,” she said.

“When they try as hard as he does in their races you don’t mind putting a bit of extra work into them.

“He is just a tough horse that loves racing and tries his hardest. You know no matter where you line him up he is going to try his hardest and he usually has the class to perform well whether it is winning or not.”

“He probably didn’t have any favours at Wellington last week but he has pulled up well, so can go around again,” she said.

“His fitness is improving and that deep track probably just told on him because he hadn’t done too much work to be straight up on a heavy Trentham track.

“He has bounced back well and it should be a bit looser at Wanganui.”