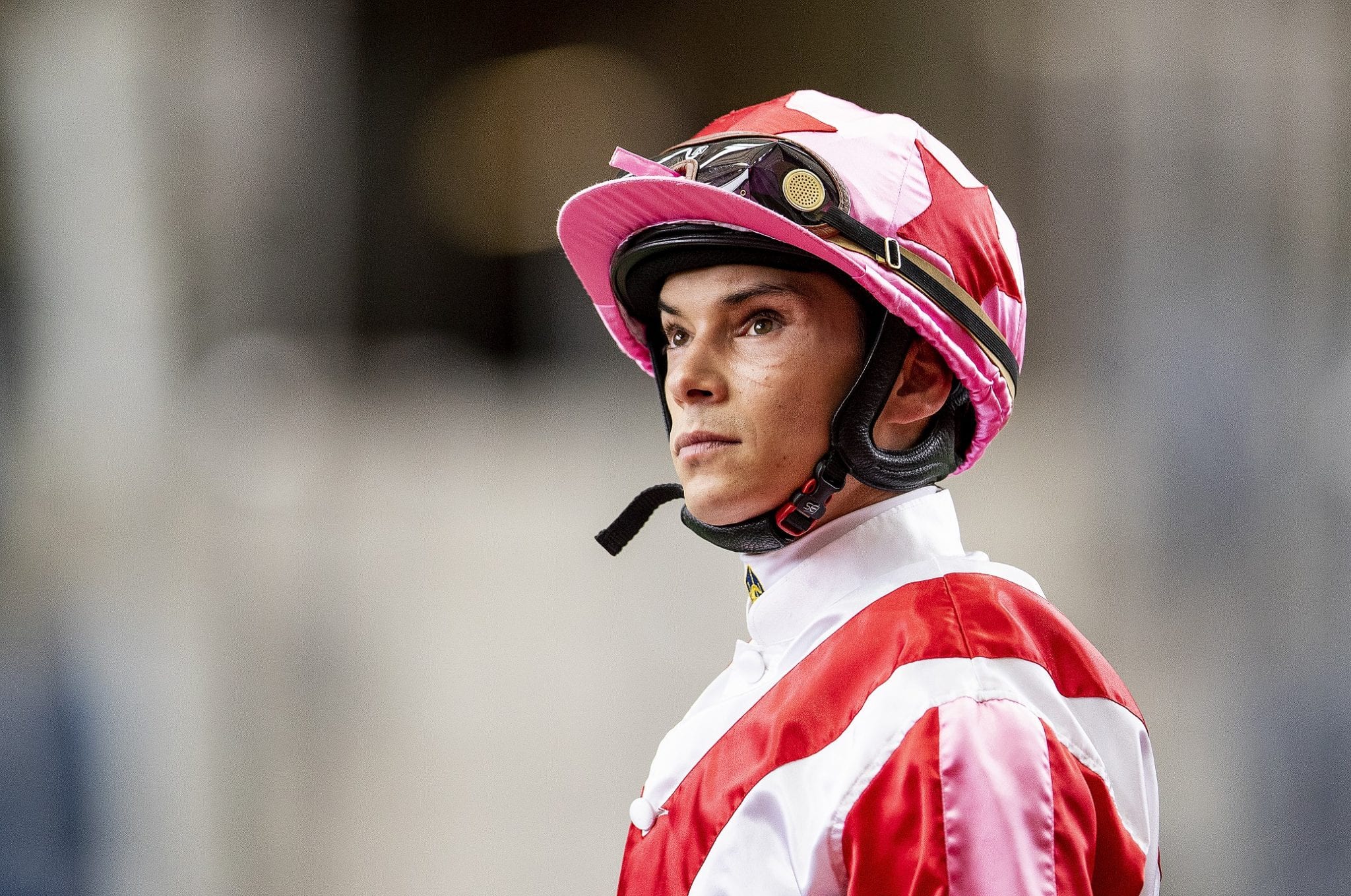 Alexis Badel nailed a first treble for the season at Sha Tin’s Saturday race meeting but the flying Frenchman is not about to rest on his laurels as he heads into Happy Valley’s nine-race fixture with seven chances on Wednesday, 18 November.

“It’s all about taking the opportunities and every choice can affect you for weeks. I have had great support so far and it was just a matter of time to get rolling and I’m very happy with that,” Badel said.

Hong Kong is one of the world’s most lucrative and competitive circuits, with a 21-strong jockeys’ roster that has riders jostling for a small number of chances each race, especially with 12-runner fields at the city circuit.

Badel’s recent run of form though takes his tally for the term to 14 wins and features five wins from the last three race meetings. He is looking to build on this with a renewed association with V Chevaliers, who seeks back-to-back wins in the section one of the Class 4 Shun Lee Handicap (1650m).

“He did a great job last start, the pace wasn’t very fast and the race was a bit messy but the horse was able to give me a great turn-of-foot at the end and it was a strong effort,” Badel said.

The Ocean Park gelding arrived in Hong Kong on a mark of 52 as a PPG (Privately Purchased Griffin), and this season switched to the Manfred Man stable, resulting in two wins from three outings including a tough last-start win.

“It depends on the pace of the race: last time I was beaten early for pace, so I had to settle back and make him finish and he was able to do it, so it’s a pretty good sign, he’s very versatile,” Badel said.

“There’s not many runners in the race so he should have his best opportunity, the horse is in great shape and he gave me a nice feeling in the morning,” Badel said.

Badel’s most intriguing mount on Wednesday’s card is Panfield (120lb), a three-time Chilean Group 1 winner who readies for his Hong Kong debut in the Class 2 Cheung Hong Handicap (1650m).

“He’s a nice horse, for sure he has great ability and I think he’s pretty fit for this race, so I don’t see any reason he won’t run a good race,” Badel said.

The Lookin At Lucky colt steps out off the back of a five-race career in South America, which featured three consecutive Group 1 wins at his final three runs, culminating with victory in South America’s oldest Stakes race, the Clasico El Ensayo (2400m) at Club Hipico de Santiago Racecourse.

“Happy Valley, on debut, in Class 2 is never easy but the horse is pretty fit and he’s done lots of work leading into this so I expect him to run a good race,” Badel said.

As a four-year-old, the Tony Millard trainee is eligible for the 2021 Four-Year-Old Classic Series, should he progress that far, although entering the ranks on a rating of 85, is never easy.

“So far he’s done everything great, all of his work has been satisfying so I’m looking forward to seeing how well he can go on the race day,” Badel said.

The Chilean-bred faces off against 10 others including fellow South American Group 1 winner, Butterfield (133lb), who last season, attempted to scale BMW Hong Kong Derby heights but was only sixth to Golden Sixty.

Also in the race is Solar Wai Wai (124lb) for trainer Frankie Lor, who said: “He’s in good form, after last start, I had to look around and wait for a Class 2 over 1650 metres at Happy Valley, so I just gave him a trial at Conghua and then brought him back down to Hong Kong.”

The talented Snitzel gelding will shoot for his sixth Hong Kong win following an extended stint at Conghua, which came after a close second first-up this term to Buddies, who on the weekend claimed the Class 1 Panasonic Cup Handicap (1400m) to spark LONGINES Hong Kong Mile intentions.

“He really likes Conghua, I think he’s happier there, he put on some weight because before he looked a bit skinny,” Lor said.

Shooting for his fourth Hong Kong win in the race is Magnificent (122lb), who will pair with Frenchman, Antoine Hamelin.

“He’s feeling good, I think the horse is ready and fit – it’s not an easy race but it’s a little bit open for everyone so hopefully he runs well,” Hamelin said.