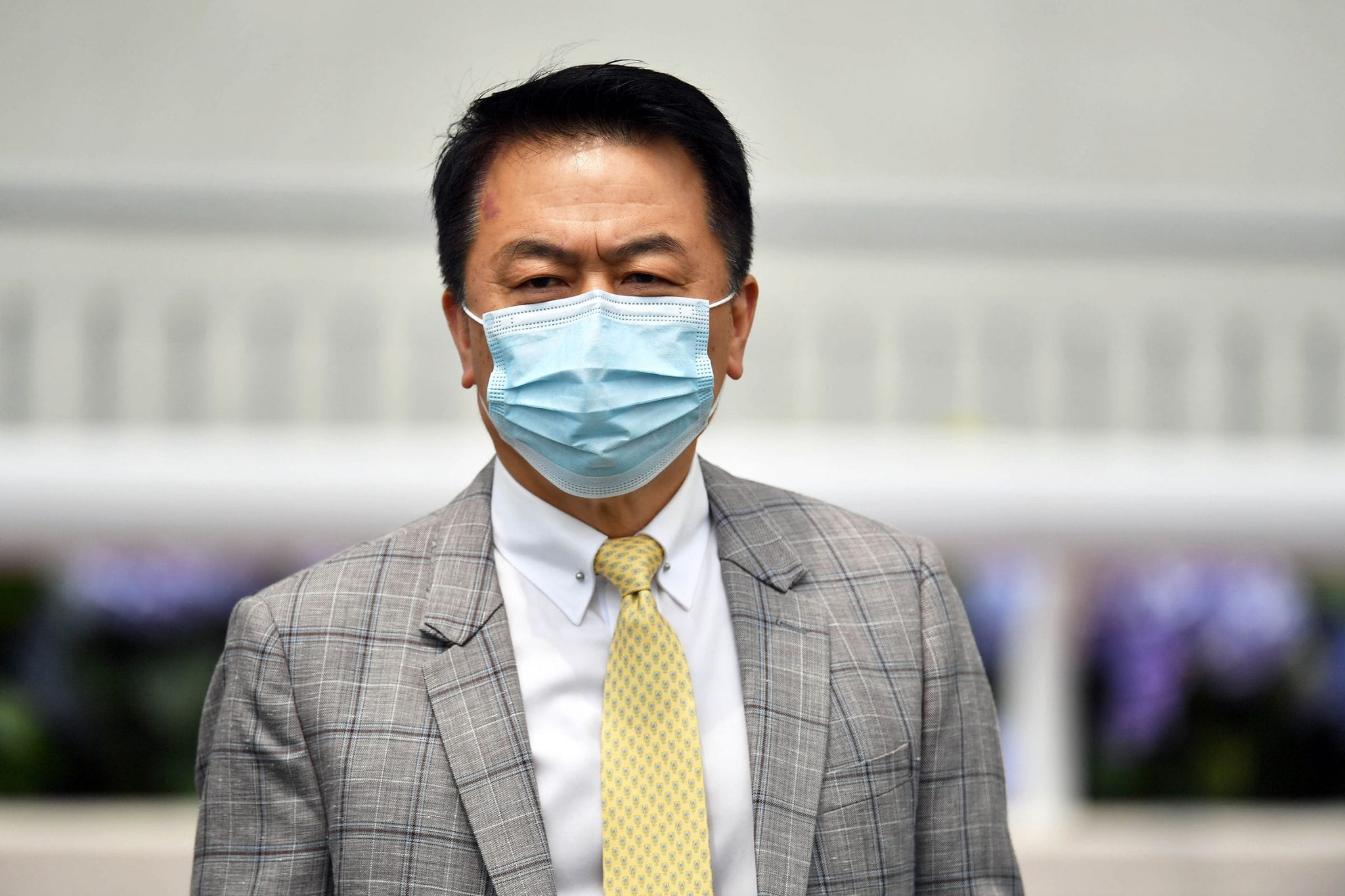 Ricky Yiu has a strong reputation when it comes to nurturing sprint talents, his four wins in the Group 2 Sprint Cup (1200m) are unrivalled among other exploits and on Easter Monday (5 April) he heads to Sha Tin with Voyage Warrior carrying the hopes of his team in a bid for back-to-back triumphs in the HK$4.5 million contest.

Searching for a record-setting fifth Sprint Cup victory, Yiu is pinning his hopes on added improvement from the third-season chestnut as he continues his march towards the Group 1 Chairman’s Sprint Prize (1200m) on FWD Champions Day (25 April).

“I still think there is something left in the tank – I don’t really think we’ve seen his best,” Yiu said of the 113-rater who has five wins from 16 starts in Hong Kong.

The five-year-old is looking to bounce back after a below par ninth at the tail of the field in a 1200m Class 1 contest last start, while Wellington – who he meets again – finished seven and a half lengths in front of him.

“Early on, I think he was caught too far back last start and that’s what cost him the race, but I have a lot of faith in him – he’s doing well,” the handler said.

And, he won the first three editions of the Monday’s Sprint Cup in succession with Sacred Kingdom (2008 and 2009) and Ultra Fantasy (2010) before his sometimes puzzling chestnut shot clear at +2300 for a three-quarter length score under light rain exactly 12 months ago.

“Vincent (Ho) won on him last year and there was a bit of cut in the ground but it’s not really necessary, although it seems as though there is a little bit of rain forecast to start on Thursday (1 April),” Yiu said.

Prior to his ninth over a fortnight ago, the Australian-bred son of Declaration Of War finished a commendable fourth in the Group 1 Centenary Sprint Cup (1200m) after attempting to make all as the market’s second elect behind Hot King Prawn, the eventual winner.

But Monday’s contest is without Hot King Prawn and Classique Legend, although the likes of Wishful Thinker, Computer Patch, Regency Legend, Sky Field and Winning Dreamer all still feature.

“The race is more even but I’m having a bad time with the draws these days,” last year’s champion trainer said.

Ruan Maia, who notched his third Hong Kong win at Sha Tin’s midweek all-dirt fixture, will take the reins and the pair will break from gate 11.

“He (Ruan Maia) jumped him (Voyage Warrior) out from the 1800 metre chute on the grass at Sha Tin on Monday (29 March) and he worked really, really well,” Yiu said.

Yiu also saddles Mighty Giant in the Group 2 Chairman’s Trophy (1600m) off the back of a fast-closing third to Waikuku in February’s Group 1 Queen’s Silver Jubilee Cup (1400m).

“He’s done well at Conghua but he’s a horse who always tries to please you,” Yiu said.

Such is the chestnut’s consistency he has six wins from 14 starts and four other top-three efforts but is yet to finish better than fourth in three attempts over the mile.

“Over the mile, although he has had a couple of attempts, I do think that he can get the extra 200 metres,” Yiu said.

Irishman Neil Callan retains the ride for Monday’s HK$4.5 million contest and the duo will depart from gate three.

Initially with two entered for Monday’s Group 2 Sprint Cup, 11-time champion trainer John Size will be represented solely by Beauty Applause as Hot King Prawn is rested for the remainder of the 2021 racing season.

Beauty Applause, a flashy chestnut son of Stratum, brings a last-start fourth at Happy Valley to Sha Tin ahead of his first foray at Pattern race level.

“The race is there and he’s on a mark of 102, there’s not much on for him so we’ll try this, he likes the course and distance so you never know,” Size said.

Joao Moreira will ride the 102-rater and the pair will set off from gate seven, the Brazilian also pairs with Waikuku from barrier four in the day’s other Group 2 contest, the Chairman’s Trophy.

“He seems fine, he hasn’t taken a backward step, he seems in very good shape, he’s been trialling well, his trackwork is normal and he’s healthy and sound – he should run well again,” the handler said.

Champion’s Way forms a two-pronged assault for Size in the Chairman’s Trophy and will be paired with Chad Schofield from gate one.