Back In A Flash all class at Ellerslie 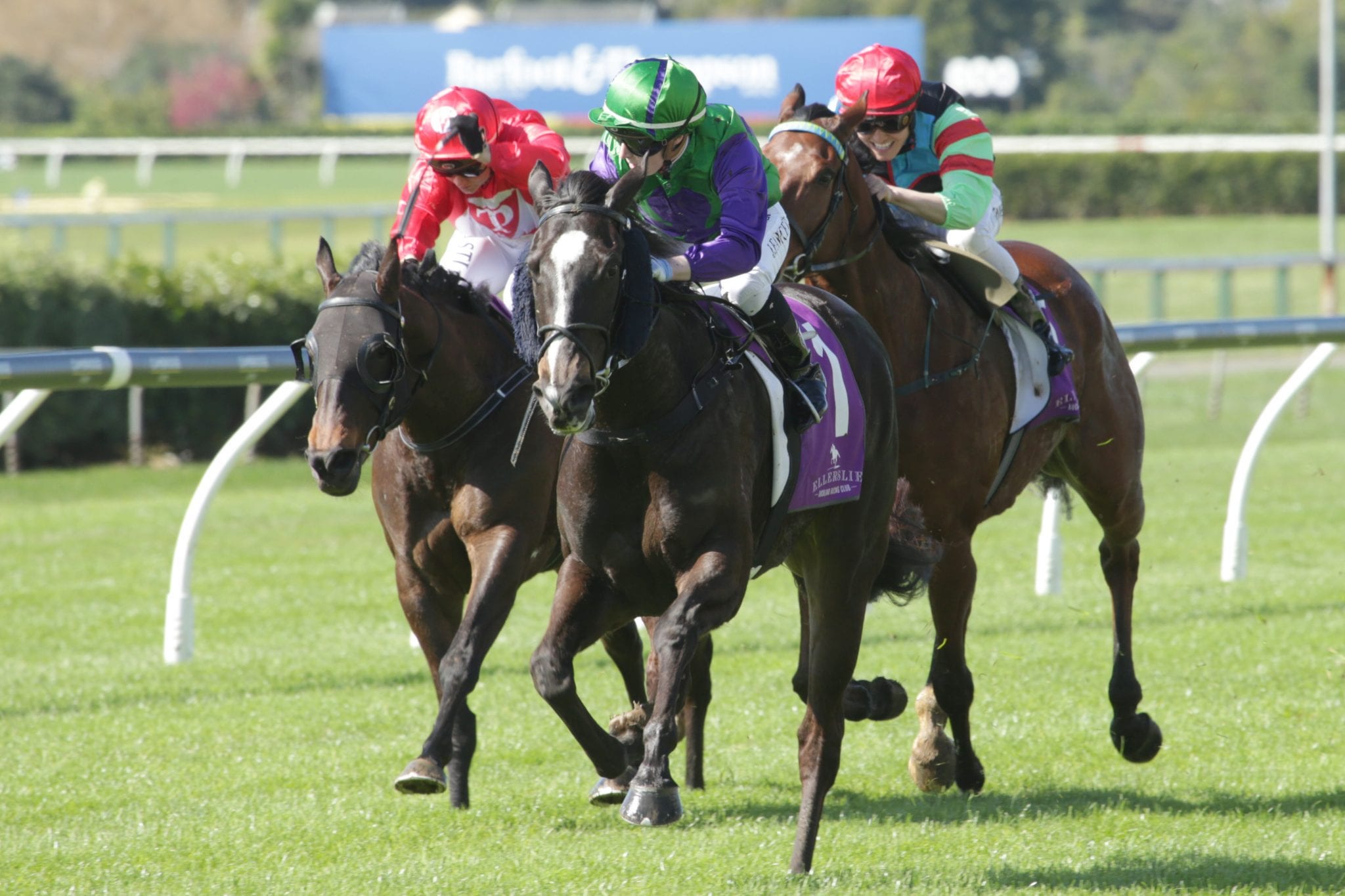 Progressive mare Back In A Flash provided owner Grant Kingsford with the perfect birthday present when she underlined her wet track credentials in emphatic fashion at Ellerslie on Saturday.

Having her first run back from a short mid-winter break, the Keith and Gavin Opie-trained five-year- old treated her rating 82 rivals with contempt as she breezed on by in the home straight to score by a comfortable three and a half length margin in the 1200m opening event.

The victory took the mare’s career record to six wins from just 12 starts with Gavin Opie pleased to see her bounce straight back to the winner’s enclosure after her form tailed off a little towards the end of her last campaign. “We thought she was quite forward as, despite having a break, she had plenty of residual fitness under her belt,” he said.

“We knew the track would be a testing Heavy 11 which made the race more like 1400m which was also in her favour. “I did have a slight concern when she seemed to be struggling a little on the point of the home turn but we know she normally hits a flat spot in her races so that was it. “Once Jasmine got her balanced and let her go, she just swept past them and did it pretty comfortably with petrol left in the tank.”

Opie is keen to return to Ellerslie in a fortnight to test the mare in open company before heading towards a black-type challenge after that. “We weren’t too sure what our next move would be until after today, so now she has won it gives us a little more certainty,” Opie said. “That should take her out of the rating 82 grade so we will be back here in a fortnight for an open 1400m.

“Safely through that we are looking at the Taranaki Breeders (Group 3, 1400m) at Hawera in early October to see if we can get some black-type for her. “That would be a great thrill for her owners, Grant and Joanne Kingsford, although today will be special as it’s Grant’s birthday. “She delivered a birthday present last year when she won at New Plymouth on the same day so to do it two years in a row is quite special.”