Back Enable for a modest winning margin in September Stakes 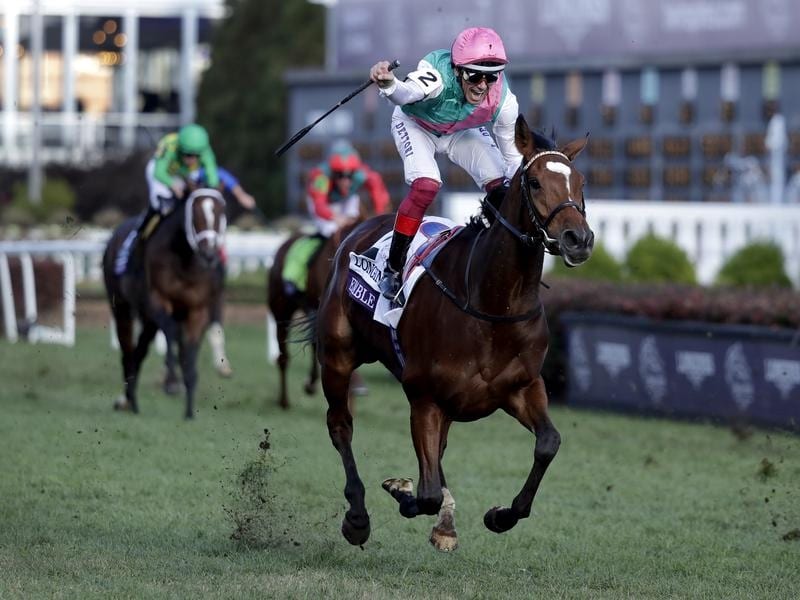 Enable is -500 with bet365 to win the September Stakes on the All-Weather at Kempton on Saturday. Only the money buyers and big-staking players would be interested in a 20% return on investment, but recreational punters should consider the winning distance and back anything less than six lengths at around -110.

At the time of writing, no online bookmaker had issued a market for how far the filly would win the race by. Anything but a clear win would be a surprise for the 2017 and 2018 Prix de l’Arc de Triomphe heroine, who was second to Waldgeist last October when overhauled inside the final furlong after looking a definite winner.

This is Enable’s prep race for the Arc and probably her last outing in Britain before retirement. The horse was kept in training for this season as a six-year-old with the main aim of becoming the first three-time winner of one of the biggest Flat races in Europe.

Enable won the September Stakes in 2018 and went on to win her second Arc. The -187.51 favourite beat the high-class Crystal Ocean into second place by three-and-a-half lengths while receiving 8lbs. This year’s renewal will be a much easier test, but Enable is not certain to record a win by more than six lengths.

Trainer John Gosden decided not to take on Love in the Yorkshire Oaks because he didn’t want Enable to have a hard race. The race distance of the September Stakes is one mile and four furlongs, the same trip as the Arc. There is a four-week gap between the two races, which is another positive.

Gosden explained the thinking behind missing York in the Racing Post this week. He said: “If Enable had gone to the Knavesmire and run against Love in the Yorkshire Oaks I don’t know who would have won the race but what I do know is both fillies would have had hard races. Given that we’ve been clear the Arc is the prime objective all along, that did not seem to make a lot of sense.”

Frankie Dettori rides one of his favourite horses of a 30-year career at Kempton. Gosden’s logic for taking on the race suggests the jockey will be told not give the horse a hard run. If Dettori eases down as expected, the race should be won inside the final furlong.

Enable’s current Official Rating (OR) is 128. Prince Of Arran is the second favourite for the September Stakes and has a figure of 113. Those ratings translate to Enable winning the race by about 10 lengths, but a less clear-cut win is more likely.

Prince Of Arran is a tough horse who has won six races from 42 starts. He has been placed in the Melbourne Cup twice, and that race brings together some of the best stayers in training. The horse will not be stopping at the end of 12 furlongs and could stay in touch with Enable for most of the race.  Enable is unlikely to stretch clear and beat the runner-up by too far.

The betting suggests that horse will be Prince Of Arran or Fox Tal. Enable is well ahead of Fox Tal on all known form and ratings, but there might not be a clear advantage at the line. The third favourite won a quite valuable Class 2 conditions race at Doncaster last September. That form does not give Fox Tal a chance against Enable, but he could stay within a respectable distance at the line.

Connections would no doubt swap a thousand September Stakes for that historic third Arc. The prize money is irrelevant and not winning the race is no disaster. Enable is just too good to suffer a shock loss, but the winning distance could be shorter than the win odds suggest.