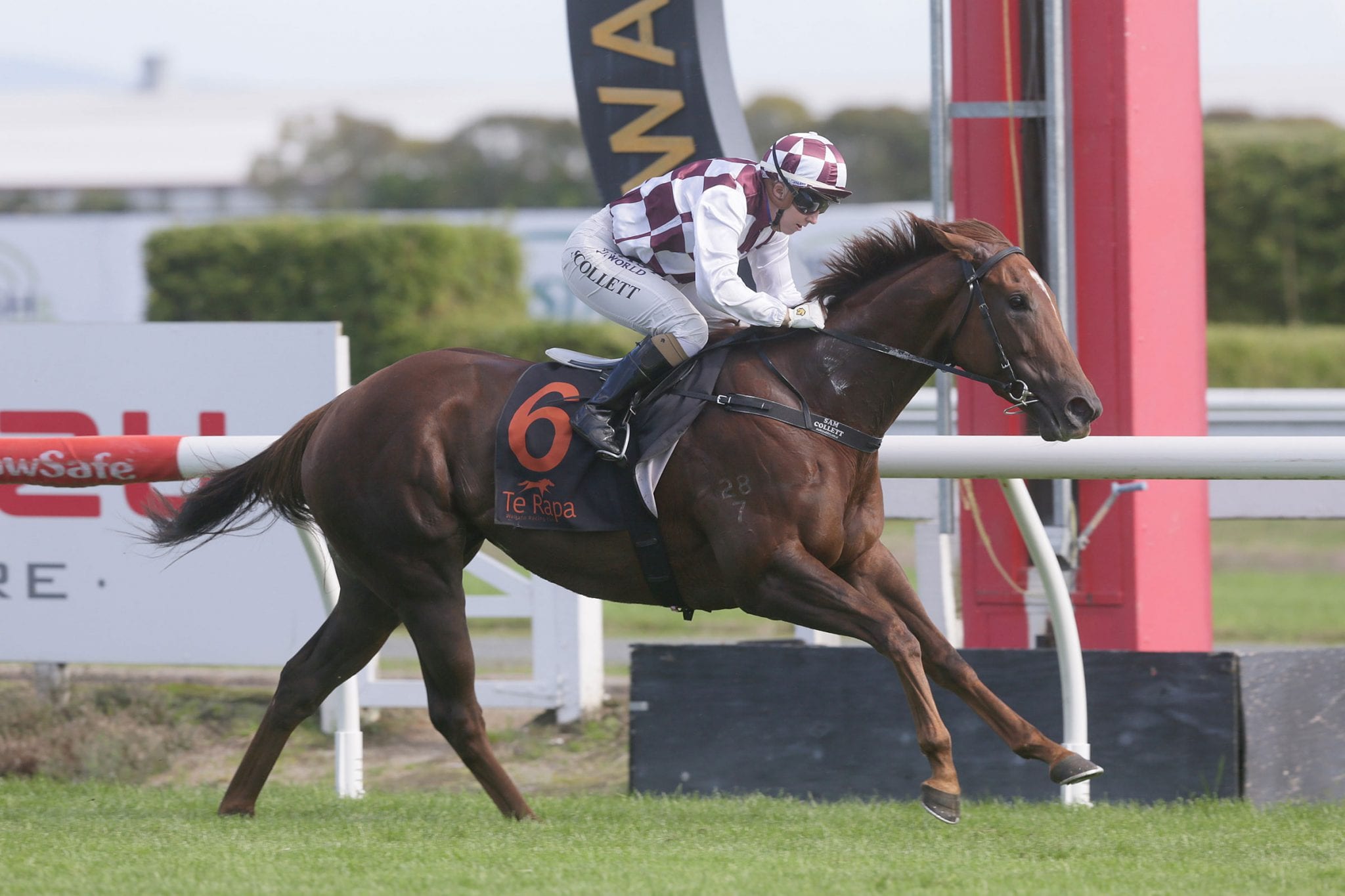 Consistent filly Babylon Berlin will be looking for her first stakes victory at Te Rapa on Saturday-week when she contests the Group 3 Cambridge Breeders’ Stakes (1200m).

The daughter of All Too Hard has been stakes-placed on three occasions this season, including the Group 3 Hawke’s Bay Breeders Gold Trail Stakes (1200m) at Hastings last September, Group 3 Almanzor Trophy (1200m) at Ellerslie in January, and the Listed Mufhasa Stakes (1300m) at the Auckland track last month.

She has failed to finish on the podium in just one of her nine starts, and trainer and part-owner Ben Foote is hoping her consistency will pay off with a stakes win next week.

“She is a very fast, little filly that is just learning to do that little bit more early in her races,” Foote said.

“We are definitely looking for that ultimate win in a black-type race.”

Babylon Berlin returned to winning form at Te Rapa on Saturday, taking out the BCD Group 3YO 1200 by three lengths.

From barrier two, jockey Samantha Collett took her charge straight to the lead where she was able to dictate terms throughout. Babylon Berlin left her rivals in her wake turning for home and ran away to a comfortable victory, rewarding punters who backed her into +110 favouritism.

“I thought it was a lovely ride by Sam, she rated her to perfection, hence why she had a lot left at the finish,” Foote said.

“On paper I thought she should be able to win it at a canter, which she did, and she had to if we are any chance of being a big threat in the Cambridge Breeders in a couple of weeks. It has planned out well.”

Later on the card stablemate Travelling Light dead-heated for second with Coventina Bay in the Group 1 NZ Thoroughbred Breeders’ Stakes (1600m), pleasing her trainer with her efforts.

“She just keeps on improving all the time and the way she pulled up and how she looked after the race, I am super happy going forward,” Foote said.

It was her second Group One placing this preparation after running third in the Group 1 El Cheapo Cars Weight-For-Age Classic (1600m) at Otaki in February.

The four-year-old mare will likely return to Te Rapa on Saturday-week to contest the Group 2 Travis Stakes (2000m).

She has run over the distance on one previous occasion, finishing runner-up to Two Illicit in the Group 2 Waikato Guineas (2000m), and Foote sees no reason why she can’t go one better next week.

“At this stage we are going to go to the Travis,” Foote said. “It will be good to get her back up to 2000m, it will be interesting.

“I have always been confident that she can go 2000m. She has only been 2000m once, in the Waikato Guineas, but she just wasn’t 100 percent that day. I didn’t take a lot off that run, but she still went well.

“I will be expecting her to be extremely hard to beat.”

The Travis Stakes will be Travelling Light’s final run of the season, with Foote looking towards stakes targets later on in the year.

“She will go out for a decent break and then we will get her ready for racing in late spring, early summer, and then see how she comes up,” he said.

“She could head over the ditch for a run or two.”