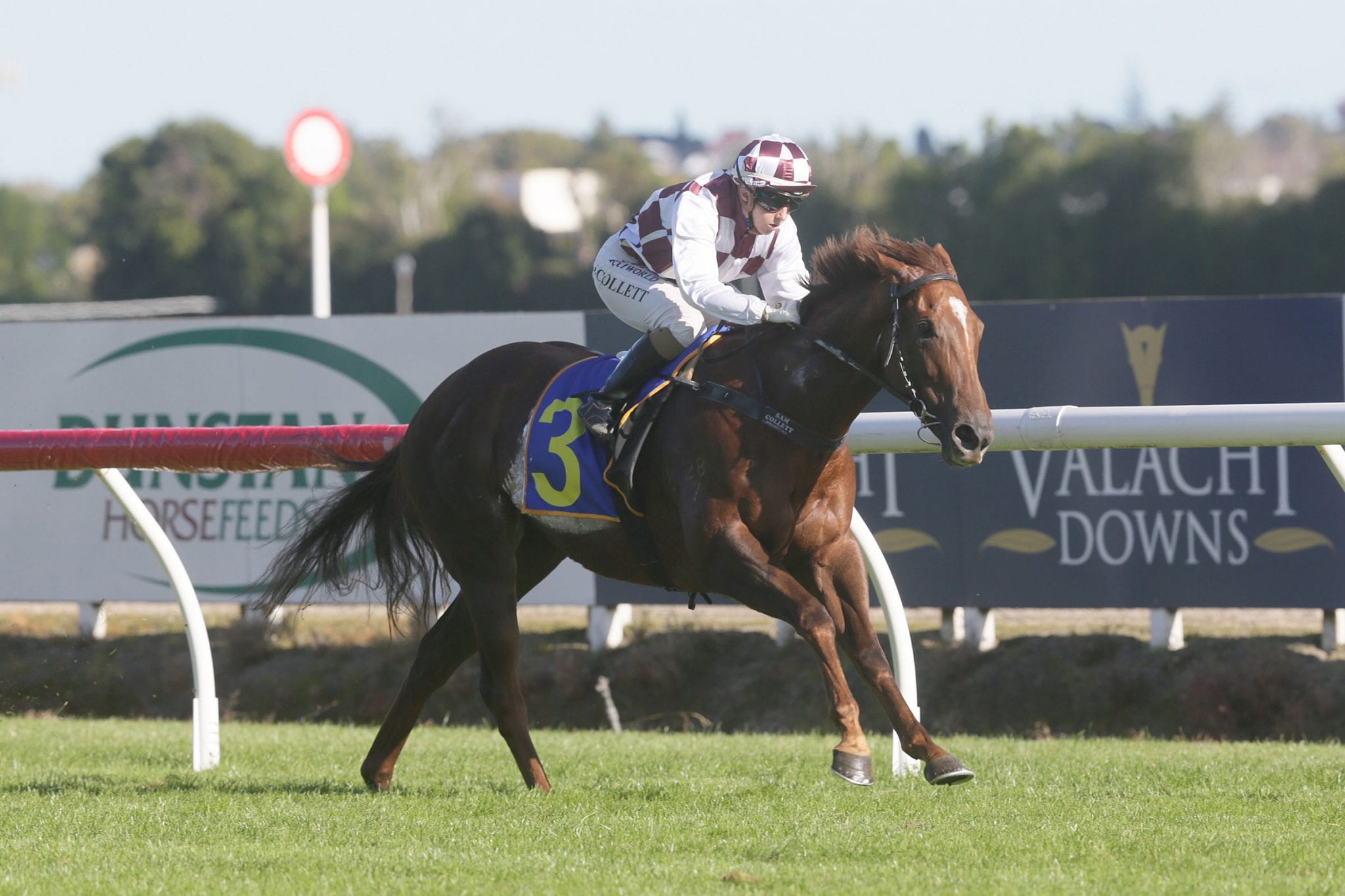 Speedy Kiwi filly Babylon Berlin gave her rivals a galloping lesson when she led throughout to take out the Group 3 Inglis Sales Cambridge Breeders’ Stakes (1200m) at Te Rapa on Saturday.

The Ben Foote-trained daughter of All Too Hard started at the microscopic odds of a -166.67 on the tote, but never gave her backers a moment of worry as she dictated terms to her age group rivals.

Rider Sam Collett, who was collecting her third stakes victory in the space of seven days, bounced Babylon Berlin to the front from an inside barrier and set up a solid speed as Eva James and De La Terre pressured her on the outer throughout.

Collett never panicked and pushed the go button at the top of the straight with Babylon Berlin putting a five-length break on the chasing pack. Despite starting to get tired in the closing stages she stuck to her guns to win comfortably from No Filter and Shezzacatch, who both made up good ground without ever looking like they would catch the flying favourite.

Foote had been pleased with the filly leading into the race and his confidence was rewarded with an emphatic performance.

“I was pretty confident as she had done well since her last run and her work had been very good,” he said.

“Sam has worked her out nicely now and this filly seems to have the knack of getting her rivals off the bridle without putting pressure on herself.

“She also runs on any sort of track and it was good to see the sting out today as that is perfect for most three-year-olds.”

Foote will now take a breath before deciding on where to go next with his charge.

“I don’t have any plans with her but looking ahead, we will be trying to secure a Group One win with her,” he said.

“If she could pick one up here in New Zealand then I think her future would lie in Australia after that.

“I do think she will be able to stretch out in distance, but I will be using the experience we got from when Travelling Light (stablemate) kicked off her four-year-old season, so we don’t overdo things with this filly.”

Raced by Foote along with Scott Williams, Kim Rogers, Sam Beatson, Cedric Foote and Andrew Stuart, Babylon Berlin is out of Fusaichi Pegasus mare You Can’t Say That, a daughter of What Can I Say who won eight races including six at stakes level.

Foote tried hard to make it a feature race double on the day for his boutique stable but had to settle for second in the Group 2 Travis Stakes (2000m) with Travelling Light finishing runner-up to impressive winner Pierina.