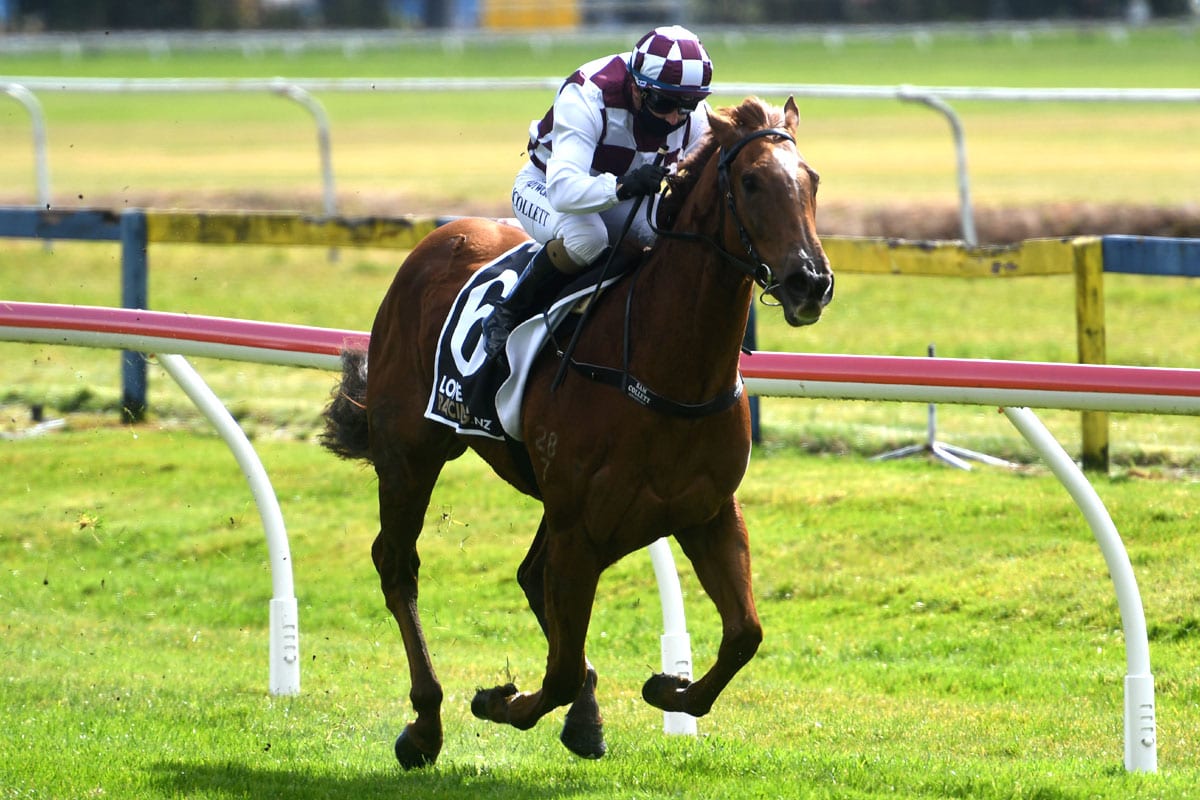 Speedy three-year-old Babylon Berlin will line up at Ellerslie for the biggest test of her career when she tackles the older horses over 1200m on Saturday.

The daughter of All Too Hard is being set for the Group 3 Cambridge Breeders’ Stakes (1200m) at Te Rapa next month and will use the Ellerslie contest as her main lead-up to that event.

The Ben Foote-trained filly goes into the race off the back of a last-start second to quality galloper Need I Say More in the Listed Mufhasa Stakes (1300m), with Foote confident his charge can foot it against her older rivals, especially with just 54kgs on her back.

“I had originally planned to take her to Awapuni for a race down there, but I got word that the track might be a bit worse than they think it will be,” he said.

“While Ellerslie has had some rain, the weather forecast is good, so I think it will be a better surface there, so that’s why we put her in.

“I don’t normally run the three-year-olds against the older horses, but she will handle the track and I think she is up to the task.

“I’ve got her set for the Breeders’ Stakes at Te Rapa on May 1, so she needs this run to keep her up to the mark and with the pull in the weights she should be very competitive.”

TAB bookmakers share Foote’s confidence having installed her as a -105.26 favourite for the contest, although Foote doesn’t believe she should be at such a short quote.

“I am surprised at what she is paying, as I don’t think she deserves to be that short given the circumstances of the race,” he said.
“She has drawn well and I expect her to lead, but if something wants to take her on, she can take a sit instead.

“I actually think she is better ridden with a sit, but at the moment she wants to take off from the start, so we have let her do her own thing rather than fight her.

“I think when she matures, she will learn to be a little more flexible with her early speed.”

Foote also reported that well-performed stablemate Travelling Light had come through her close-up finish for fourth in last Saturday’s Group 2 Japan Trophy (1600m) at Tauranga in fine fettle and will take her place in the Group 1 Fiber Fresh New Zealand Thoroughbred Breeders’ Stakes (1600m) at Te Aroha on April 10.

“She (Travelling Light) might just have been half a run short at Tauranga, but she still went a cracker of a race,” Foote said.

“Sam Collett came back in and said she wished she had made her final run just two or three strides earlier as she only got beaten less than half a length in finishing fourth and was still making up ground at the post.

“She has thrived since then, so she is definitely on target for Te Aroha.

“I know it is going to be a super field with Avantage and Levante and the rest, but I wouldn’t be going there if I didn’t think she could be competitive and I’m really looking forward to the race.”