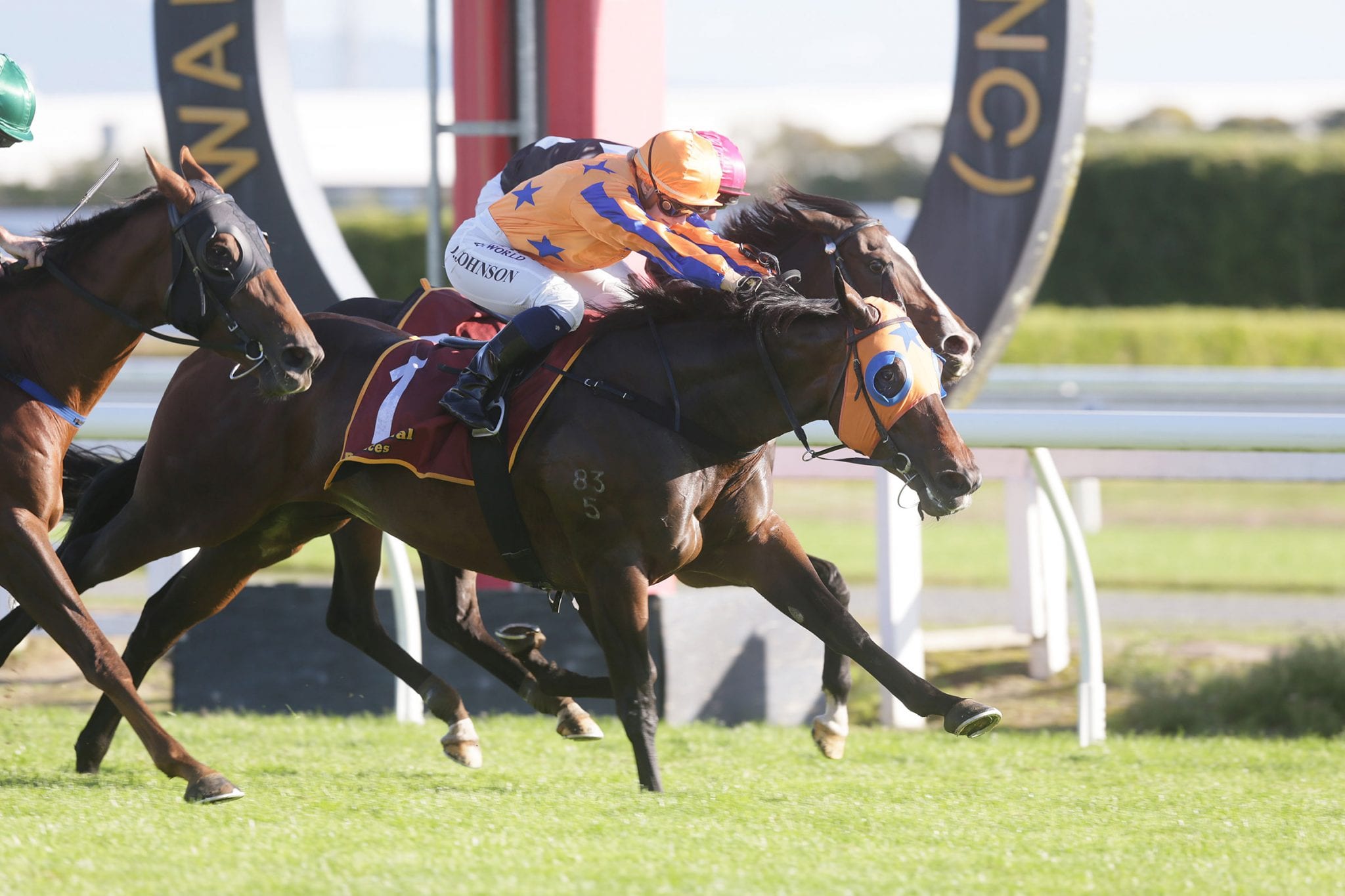 Despite being delayed a week, the Group 1 Fiber Fresh New Zealand Thoroughbred Breeders’ Stakes (1600m) lived up to its billing as one of the races of the season, as plucky mare Avantage made it Group One win number nine with a thrilling victory.

The Jamie Richards-trained five-year-old started a red-hot favourite in the contest that was raced at Te Rapa on Saturday after the Te Aroha meeting last week was abandoned after race three due to a slippery track.

Facing a small but quality line-up of mares on a tricky Slow8 surface, Avantage and jockey Danielle Johnson were at the peak of their powers as they dictated the tempo in the race by sitting outside pacemaker Familia throughout.

With Richards at Randwick in Sydney to oversee stable runners Amarelinha, Probabeel and Entriviere, it was up to his father Paul to take the congratulations after the race.

“Tough isn’t she,” Richards said. “She did a wee bit of work early but got a nice drag along outside the leader and was just too tough.

“Danielle went a bit wider on the home corner to find some better going, which left her a sitting duck.

“To her credit she just toughed it out.

“The only query was the rain affected track as she hasn’t won on soft going before, but physically and mentally she was first class.

“She is a very versatile mare that has just got better with age.”

Johnson paid tribute to the Fastnet Rock mare that she admitted had changed her life.

“Every time she heard the horses come around her, she just fought that little bit more,” she said.

“She didn’t win by much, but she still had plenty up her sleeve.

“She has been just a horse of a lifetime for me. I was lucky enough to get on her as a two-year-old and developed a relationship from then on.

“When Opie (Bosson) has been out of the country I have been able to get on her which has proved very lucky for me.”

Johnson has ridden Avantage 10 times for six wins, with four of those at Group One level.

Jamie Richards broke the national record for wins in a season as Avantage became victory number 144 for the Te Akau Racing stable in 2020/21, eclipsing the 143-win mark set by Murray Baker and Andrew Forsman in 2017/18.

It was also the 35th stakes win in New Zealand this season for Richards, along with a further four in Australia. He has won 13 of the 21 Group One races on offer in a New Zealand season with Avantage accounting for five of that tally.

Bred by Southlanders Willie And Karen Calder, Avantage is raced by the Te Akau Avantage Syndicate and was purchased for $210,000 by Te Akau principal David Ellis CNZM out of the Oaks Stud draft at the Premier Sale at Karaka in 2017.