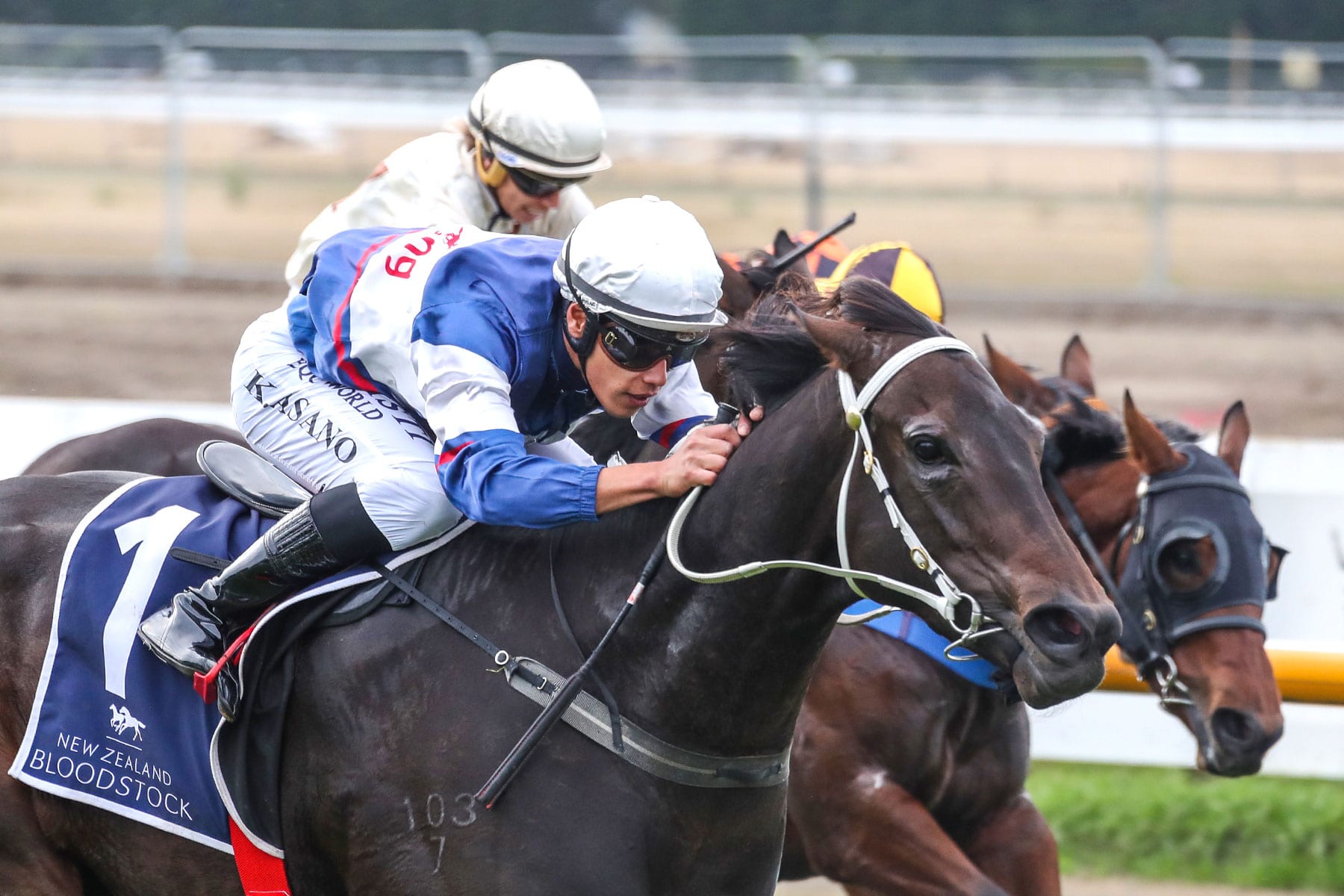 Quality three-year-old Atishu produced another last-to-first performance to emphatically take out her fourth win in a row as she claimed victory in the Listed New Zealand Bloodstock Warstep Stakes (2000m) at Riccarton on Saturday.

The Stephen Marsh-trained filly looked to be in a whole heap of trouble at the 500m as she tailed the ten-horse field and looked to be labouring under the urgings of rider Kozzi Asano.

With Central Districts raider Exquisite Pearl hitting the front but proving to be a wayward conveyance for Leah Hemi, it looked for all the world that outsiders Town Cryer and Larpower, who were down on the inner, would fight out the finish.

Those who had their doubts about Atishu soon had any concerns dispelled though as the daughter of Savabeel hit top gear out wide and raced past her rivals to score by an ever increasing two length-margin as she registered her fourth successive victory and her second at stakes level.

Marsh, who was on hand at Riccarton to witness the run first-hand, admitted he harboured plenty of doubts about the final result when he saw his charge struggling to pick up in the home straight.

“She was superb in the end, but I really thought we were in a little bit of strife there for most of the run home,” he said.

“She just wasn’t finishing on as easily as she had in her last couple of runs but when he (Kozzi) really asked her for the effort she responded superbly and raced away.

“I do think she was in the best part of the track in the final stages and that also played a part in the win.”

Marsh will now play a waiting game before deciding on a trip to Brisbane for a tilt at the Group 1 Queensland Oaks (2400m).

“She is coming home to Cambridge now and will have a few days in the paddock before we make any further plans for her,” he said.

“It’s a big trip back by float so she will need the rest, but if she travels well and comes through everything without any harm then a crack at Brisbane is definitely on the cards.

“I think that would be a big thrill for her owners as there were a large group of them on-course today and it was just fantastic seeing the joy that got from her win, so you can imagine what the celebration would be like with victory in a Group One.”

Bred by Waikato Stud, Atishu is a daughter of the lightly-raced No Excuse Needed mare Posy, a sister of multiple Group One winner Daffodil.

Purchased by Go Racing principal Albert Bosma for $260,000 from the Waikato Stud draft during the Book 1 session at Karaka in 2019, Atishu has now won four of her 9 starts.