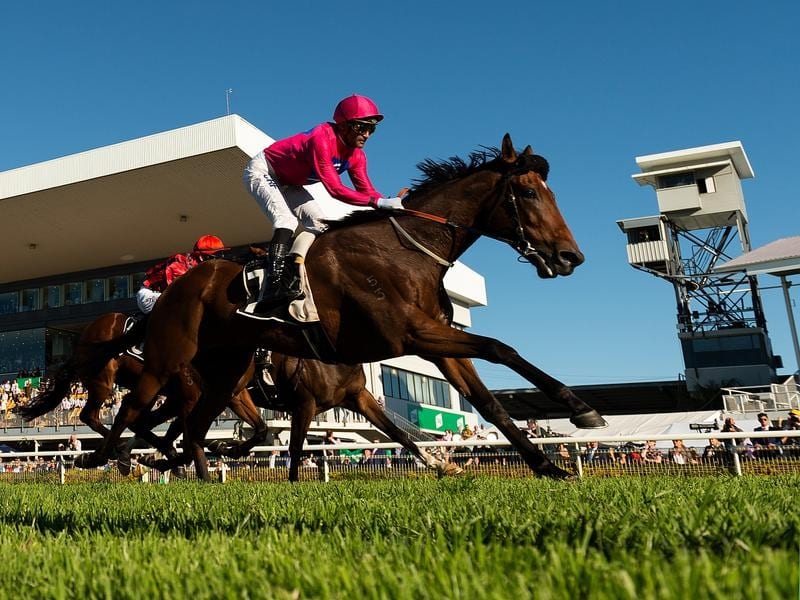 Renowned for his ability to revive the careers of tried horses, Joe Pride is on a mission to return his latest recruit, Archedemus, to the winner’s list.

The horse makes his stable debut in the Group Three Hawkesbury Gold Cup (1500m) at Rosehill on Saturday, 12 months after claiming the race for Gwenda Markwell.

Archedemus subsequently had bone chips removed from a fetlock following an average spring but has impressed his new trainer since joining the stable.

“He is a lovely style of horse. To me, he’s got the perfect build for a thoroughbred in terms of size and strength and he is loaded with ability,” Pride said.

“Obviously that ability, while it didn’t desert him, he had issues last preparation where he ran three terrible races.

“It’s my job to get him back to that kind of form that won him that good (Listed) race in Brisbane and the Hawkesbury Cup last year.

“I don’t think we’re going to see that kind of horse tomorrow, I think he will need a run or so, but I would like to think he’s on his way back there.”

A natural on-speed runner, Archedemus will be positively ridden from an inside draw and Pride is hoping he can finish in the top six.

He has been prepared for his resumption with three barrier trials and was a $17 chance on Friday.

In a wide betting race, Hawkes Racing’s Amangiri heads markets at $4.60, ahead of Godolphin’s Gaulois and the John O’Shea-trained Live And Free, both at $7.

Chris Waller has six of the 16 runners with Girl Tuesday ($10) considered his best hope to land a second Hawkesbury Cup after claiming it four years ago with Amovatio.