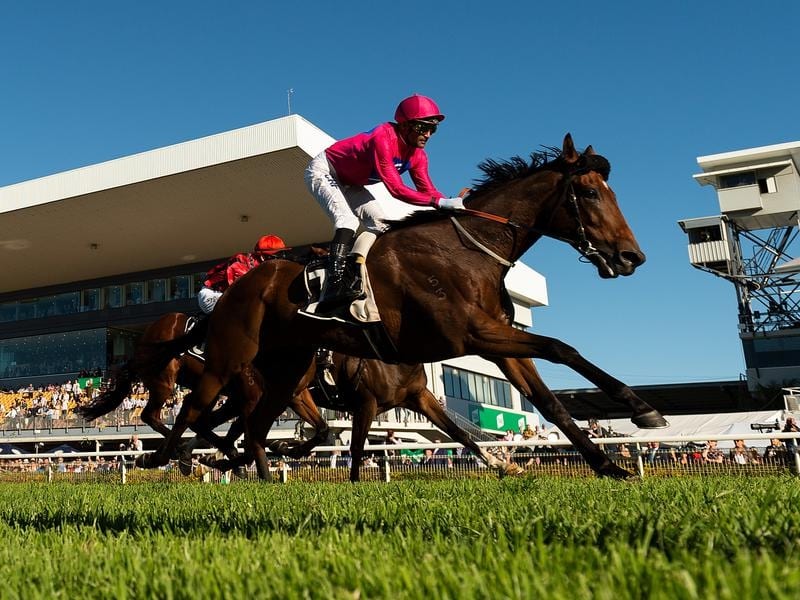 Joe Pride has turned to Nash Rawiller in the hope he can deliver a win aboard Archedemus at Randwick and put the horse on a path to the spring.

A recent stable recruit, Archedemus put the writing on the wall with a solid fourth to Amingiri on return in the Hawkesbury Cup in April.

He was sent out favourite at his next start but after handing up the lead to eventual winner Man Of Peace, battled to the line in fourth.

It was a performance that prompted Pride to call on the services of Rawiller, noted for his aggressive riding style, to partner Archedemus in Saturday’s Drinkwise Mile (1600m) at Randwick.

“He’s come through it super. It wasn’t a hard run for him at all unfortunately,” Pride said.

“He hasn’t had much go his way this prep.

“If he can win, it will set him up so I can put him aside and get him ready for the spring.”

A $5 chance in early markets, Archedemus is a two-time stakes winner and has been victorious at two of his three starts over Saturday’s 1600m journey.

Last-start conqueror Man Of Peace will again be among his rivals while the three horses who ran the trifecta in the Scone Cup – Dr Drill, Phaistos and Sambro – also line up.