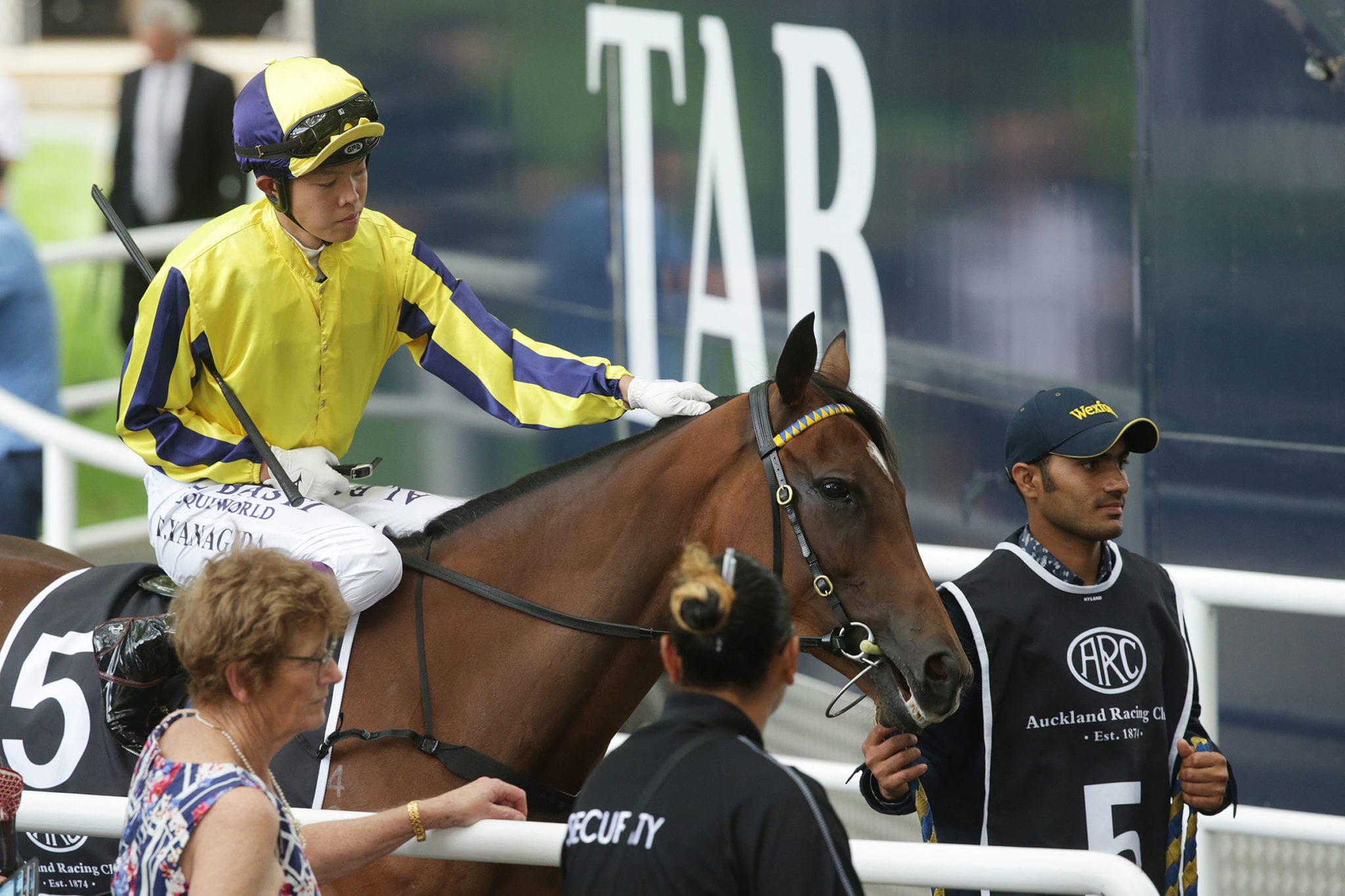 Popular Japanese-born apprentice Taiki Yanagida has been working hard on his fitness as the countdown continues to the resumption of thoroughbred racing in New Zealand. Yanagida, who sits in the top twenty on the National Jockey’s Premiership with 37 wins for the season, is happy with his base level of fitness however when it comes to race-riding he still believes he has a little more to do to be in shape for a raceday return.

“I managed to keep active enough during the lockdown and since the restrictions have eased a little, but it’s different when it comes to riding fitness,” he said. “Getting back on the horses was quite hard but I’ve been working hard since we have been allowed back to trackwork but I know there is still work to be done.”

Yanagida has kept in regular contact with his family back in Japan over the past months and is relieved that they have managed to stay in good health despite the large number of Coronavirus infections throughout his country of birth. “New Zealand has done really well compared to my home country during the crisis,” he said. “Thankfully my family is all good, including my grandma, so they are very lucky. “They are in Kyoto which have a lot of cases but it is the same all over Japan unfortunately.”

In just the second full season of his apprenticeship with the Lance O’Sullivan and Andrew Scott stable, Yanagida was well on target to beat the 39-win mark he set in 2018/19 when the Covid-19 inspired lockdown took effect and hopes that will still be possible with the limited opportunities that will be available throughout July. “Hopefully, I won’t struggle to get rides when we start up again although I moved down to a one kilogram claim just before racing stopped,” he said. “I was under suspension just as the lockdown started but that is finished now so I will be able to ride right from the start. “I just hope the trainers haven’t forgotten about me.”

Yanagida is keen to make the most of the remaining time he has left in his apprenticeship, with a desire to make continuous improvements that could lead to greater opportunities in the future. “I’ve got two more seasons to go in my apprenticeship so I want to keep working hard and make the most of it,” he said. “If I can improve a bit more, I might be able to go to Australia and compete over there. “I like New Zealand a lot though as the lifestyle is very good so it would be a hard decision to make but that won’t be for a while yet.”