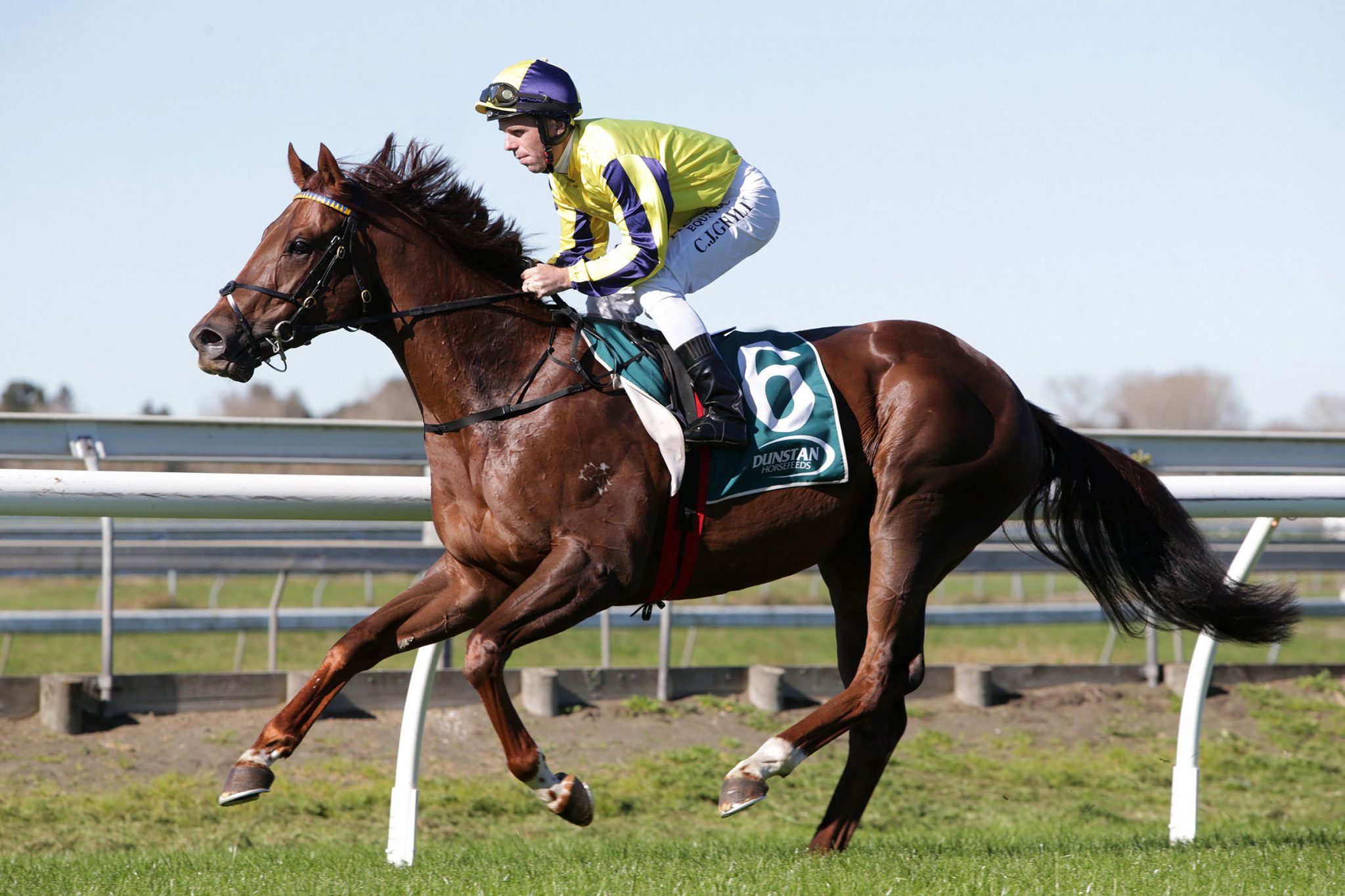 Matamata trainers Lance O’Sullivan and Andrew Scott are in no hurry with promising Trust In A Gust two-year-old Treasure State but that’s not to say the youngster won’t be making haste at Te Rapa on Saturday.

Treasure State will tackle Saturday’s NZB Insurance Pearl Series Race (1100m) at Te Rapa, out to improve on his last-start third placing on the track a fortnight ago when narrowly beaten in a three-way finish.

“He keeps on improving. He’s well familiar with the Te Rapa ground and he’s got the raceday fitness so we’re hoping he can go well again,” Scott said.

“Michael (McNab, jockey) got off him the other day and said he’s a horse who would benefit from having blinkers on and he’s taken to them well. He’s had a good fortnight since that race and he should run well again.”

“We really liked him at the sale. He was a stunning-looking horse but he went under the radar of most buyers,” Scott said.

“He’s a big boy and we’ve just taken our time with him but he’s doing well. We’ll take it race by race with him from here but we hope to crack on to a few of the early three-year-old races next season.”

O’Sullivan and Scott will produce three runners at Te Rapa on Saturday, with Escudo and Two Madison contesting races later in the day.

“Two Madison had a tough trip over a mile there last start and she gets out to a distance (2100m) she was genetically bred to run well at,” Scott said.

“Her work yesterday morning was very good and we’re expecting improvement from her. Tiger (jockey Taiki Yanagida) gets on well with her too.

“Escudo has been mixing her form but we’ve gone for an experienced rider (Sam Spratt) and we’re hoping that can really help.”

Scott was looking forward to the challenge of the new season, reporting that class galloper Dragon Leap was coming up well for spring races and that he and O’Sullivan had several promising young horses in the stable.

“Dragon Leap will kick off at the trials on the 3rd of August (at Ellerslie) and will work towards Hawke’s Bay and we’ve got some nice untried stock to step out,” he said.

“He did a great job for us and hopefully he’ll continue to race well in Hong Kong.”