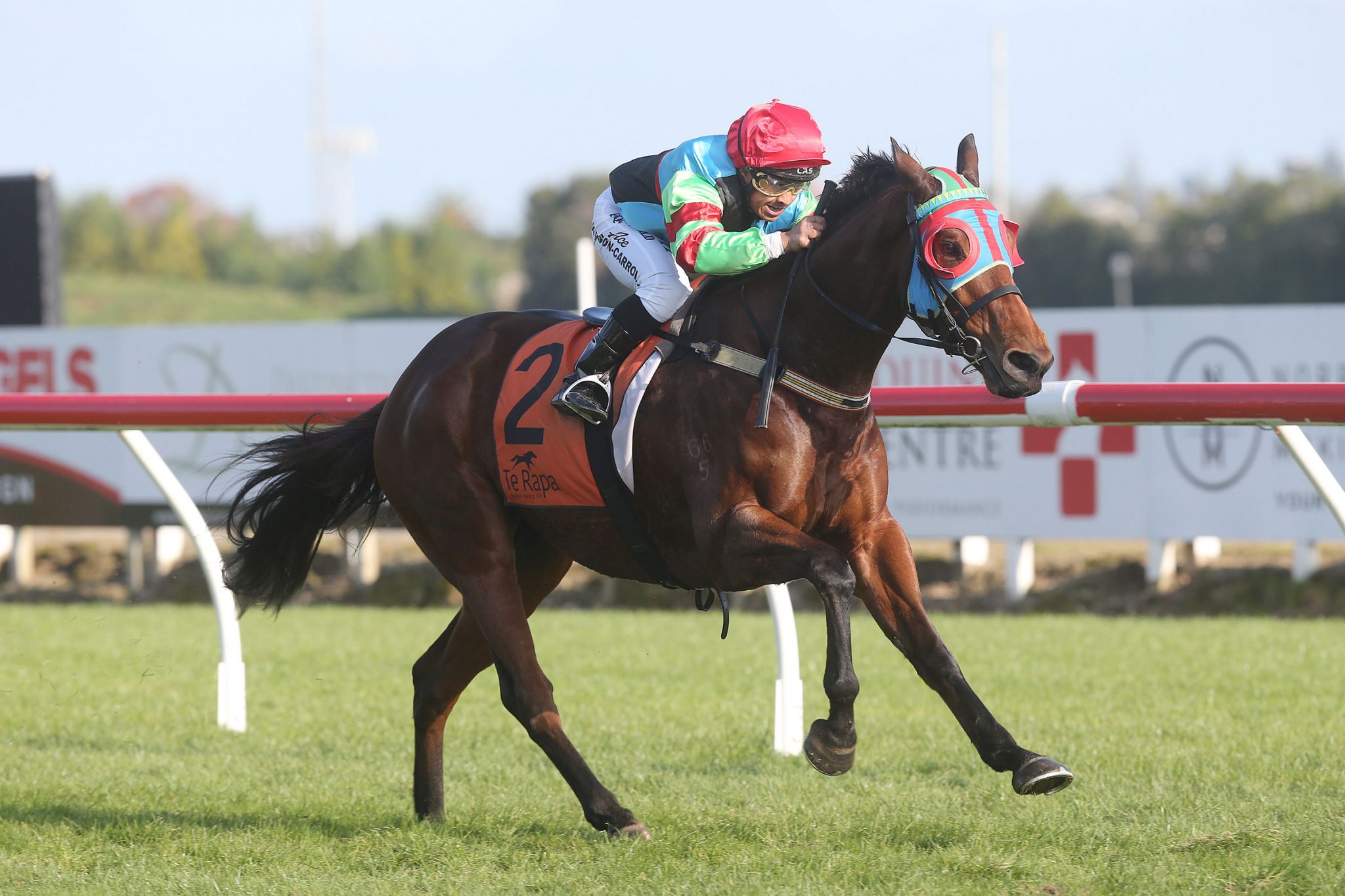 The 16-year-old, who weighs just 48kgs, made full use of his 4kg apprentice claim aboard the Danny Walker-trained runner as he set up a steady pace out in front in the open 1500m and defied his six rivals to run him down.

Lawson-Carroll asked his mount for a serious effort shortly after turning for home with Crystallize bounding clear over the closing stages to win by just on four lengths from Diogenes, who chased him gamely all the way down the straight.

Apprenticed to Shaun and Emma Clotworthy at Byerley Park, Lawson-Carroll was having just his fifth raceday ride and looks to have a promising future ahead of him.

“He’s only 16 and been with us on a full-time basis for about a year,” Clotworthy said.

“He started coming out on weekends before deciding to try and make a career out of riding after getting an early release from school.

“He’s from Whakatane originally, although his family live in Papakura now and he had done a little bit of riding on ponies growing up.

“He’s a very nice young bloke with a good head on his shoulders, natural balance and is a good worker.

“He gets a fair bit of tuition from Kelly McCulloch (nee Myers), who comes out to the stable and has worked a lot with him, so I think he has a future in the game for sure.”

Walker was also impressed by the ride after Lawson-Carroll followed instructions to the letter.

“He (Crystallize) is a horse that likes to dominate his opposition, so I thought if he could use his pull in the weights and make them work for it, he would be a big chance,” Walker said.

“He seems to handle the mud well at Te Rapa and he got through the heavy track well today.

“Ace is a good boy and he did exactly what I asked of him, in what was a top ride.”

While he does hold a nomination for the Group 3 Winning Edge Presentations Winter Cup (1600m) at Riccarton in a fortnight, Walker was in two minds whether to head south with Crystallize, preferring to let his charge recover from his exertions before making a final decision.

Raced by Walker under his Brookby Stables banner, Crystallize has now won seven of his 26 and over NZD$128,000 in prizemoney.