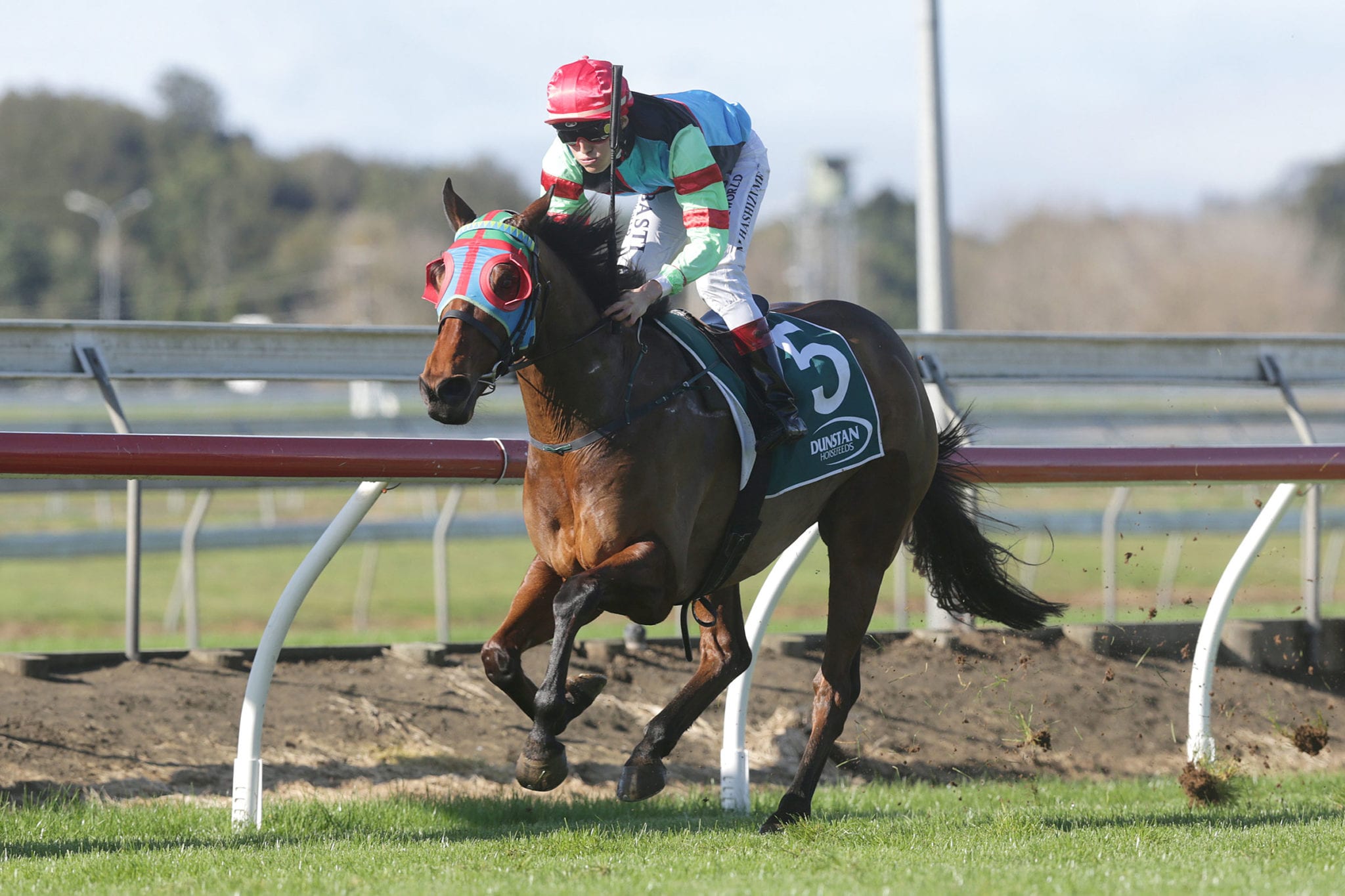 Pukekohe is somewhat of a poor substitute for Italy at this time of year, but Byerley Park trainer Danny Walker was just happy to be back racing on Saturday. The South Auckland horseman was meant to be in the middle of a five-week holiday in the European tourist hotspot, but as a result of the COVID-19 pandemic those travel plans have been shelved. “I was supposed to be heading off to Italy for a holiday, but that isn’t happening. It’s a bit of a bugger, but Pukekohe was the substitute,” Walker quipped. “You never know what is going to happen. Anyway, it is what it is, we’ll have to grin and bear it.”

While disappointed not to be sunning himself in a warmer climate, stable runner Crystallize’s dominant win in the Dunstan Supporting Life After Racing (1100m) made up for the disappointment of the cancelled trip. The four-year-old son of Iffraaj was pushed forward early by apprentice jockey Masa Hashizume from barrier six to secure the lead ahead of six-win gelding Battle Time. He opened up by a length turning for home and was able to hold out the late closing Lupelani to win by 2-1/4 lengths, with a further 3-1/4 lengths back to Battle Time in third.

“It was a good win,” Walker said. “I was a little bit worried about the Heavy11 track, but they were getting through it today and it wasn’t puggy. “With the Heavy11 you never really know. Every winter track is a little bit different, but I needn’t have worried. “He was pretty impressive, he is a tidy little horse. I was really happy with him leading into today, he had worked up nicely and was ready.”

Crystallize showed promise last winter and early spring when recording three victories and two runner-up performances. Walker was impressed by his 1000m trial at Avondale in March, prior to the COVID-19 enforced lockdown, and thought he may be in for another strong winter campaign. “I gave him a trial before lockdown and I thought this horse is going to have a good winter and we might get to a race like the Winter Cup (Group 3, 1600m) in August with him,” Walker said. “But then COVID-19 came. We are all in the same boat and took a backwards step. Let’s hope that we can all kick up and make the most of it.”

Crystallize’s future targets are less clear, but Walker is hoping there is a suitable stakes race they can target in the early part of the new season. “We will just get through today and where we race next I don’t know, with the system that we have got for the next month,” he said. “We will race where we can. I think a race like the Winter Cup would suit him really well because he is a wet tracker and when the tracks firm up he jars up quite easily.”

Walker is looking forward to campaigning Crystallize over the coming months, but he is excited about the prospects of a couple of rising two and three-year-olds in his barn. “I don’t have many winter horses, Crystallize is the only winter horse I have got,” Walker said. “In the spring we will get a few up and going, there are quite a few younger horses in my stable I quite like.”