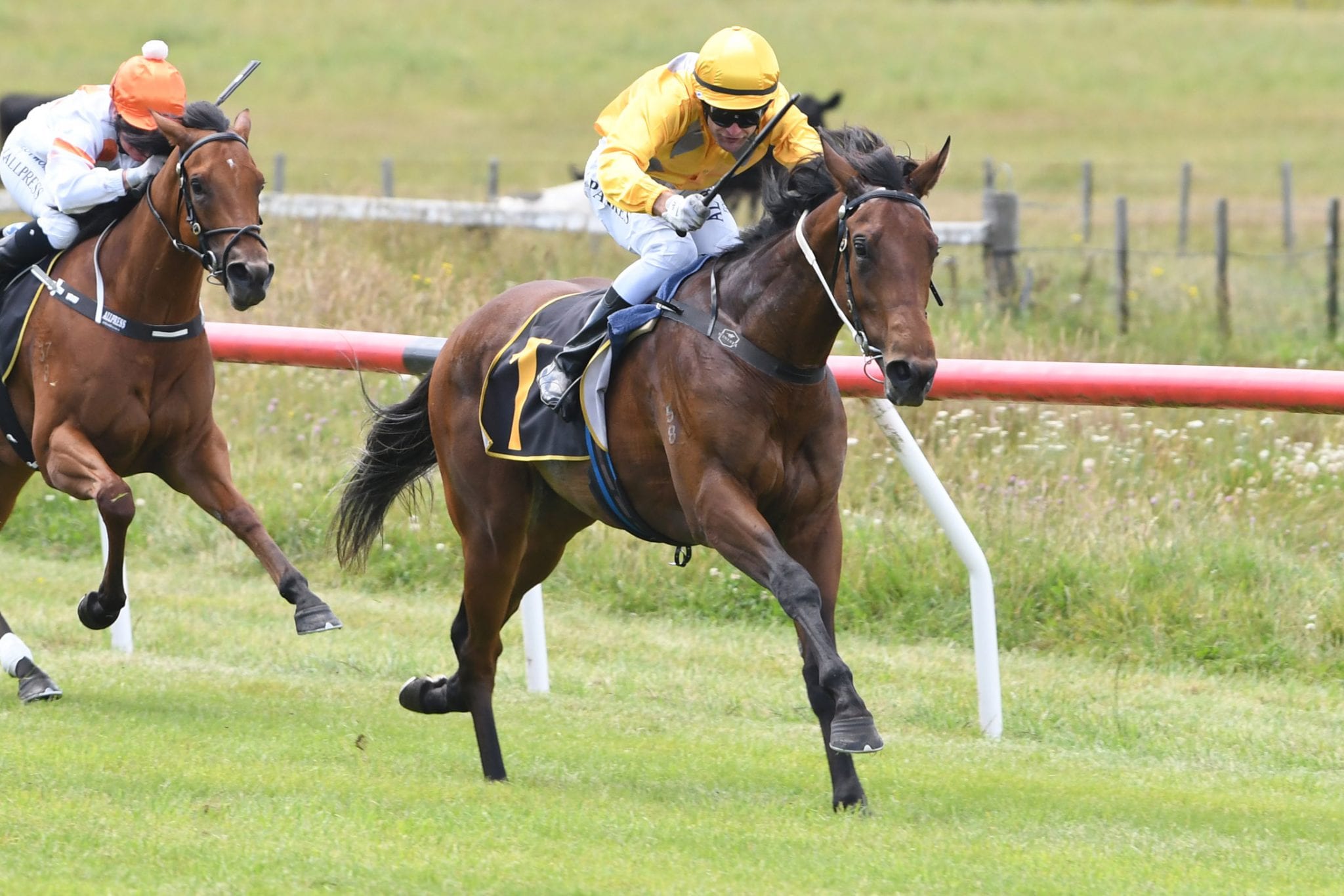 Trainer Peter Didham’s phone started ringing almost immediately after his rangy two-year-old Ansu put on a professional display to win his debut at Tauherenikau on Saturday. The Press Statement colt went into the 1000m contest with just a jumpout under his belt but showed he has plenty of ability when he sat outside the leader for rider Johnathan Parkes before dashing clear in the run home to register a comfortable one and a half-length victory.

Didham was expecting interest in the colt following the win, which was in stark contrast to his appearance at the NZB Ready To Run Sale in November where he was taken home after failing to meet his sale reserve. “He’s got a bit of scope about him, so we took him to the Ready To Runs and no-one was that keen on him,” Didham said.

“We brought him home and it’s testament to what a brain he’s got as it was only 40 days ago that he was up there and now he has come out and won a race. “We paid a bit of money for him originally and he breezed up well, but he wasn’t anyone’s cup which has turned out to be lucky for us.

“We’ll take him home now and look after him, but he was very professional and Johnnie said he pricked his ears near the finish and did it quite easily. “The phone has gone three or four times already with agents ringing, which is a little different to how it was at the sales.”

Didham and the colt’s owners will now discuss their future options with the possibility of a tilt at the Group 1 Manawatu Sires’ Produce Stakes (1400m) later in the season an option should a sale not eventuate. “We will look at the offers we get and have a think and then decide whether we want to sell or carry on with him,” he said.

“He’s a nice scopey horse that fits the profile of a Sires’ Produce type, so it will be worth having some serious consideration on what we want to do.”

Another of the debutants in the race that caught the eye was high-priced yearling purchase Titled, who stormed home late for second after enduring a rocky run in transit.

The Johno Benner and Hollie Wynyard-trained Exceed And Excel colt is raced by Gary Harding who purchased him for $500,000 from the Cambridge Stud draft during the Book 1 sale at Karaka earlier in the year and looks to have a bright future based on his debut effort.