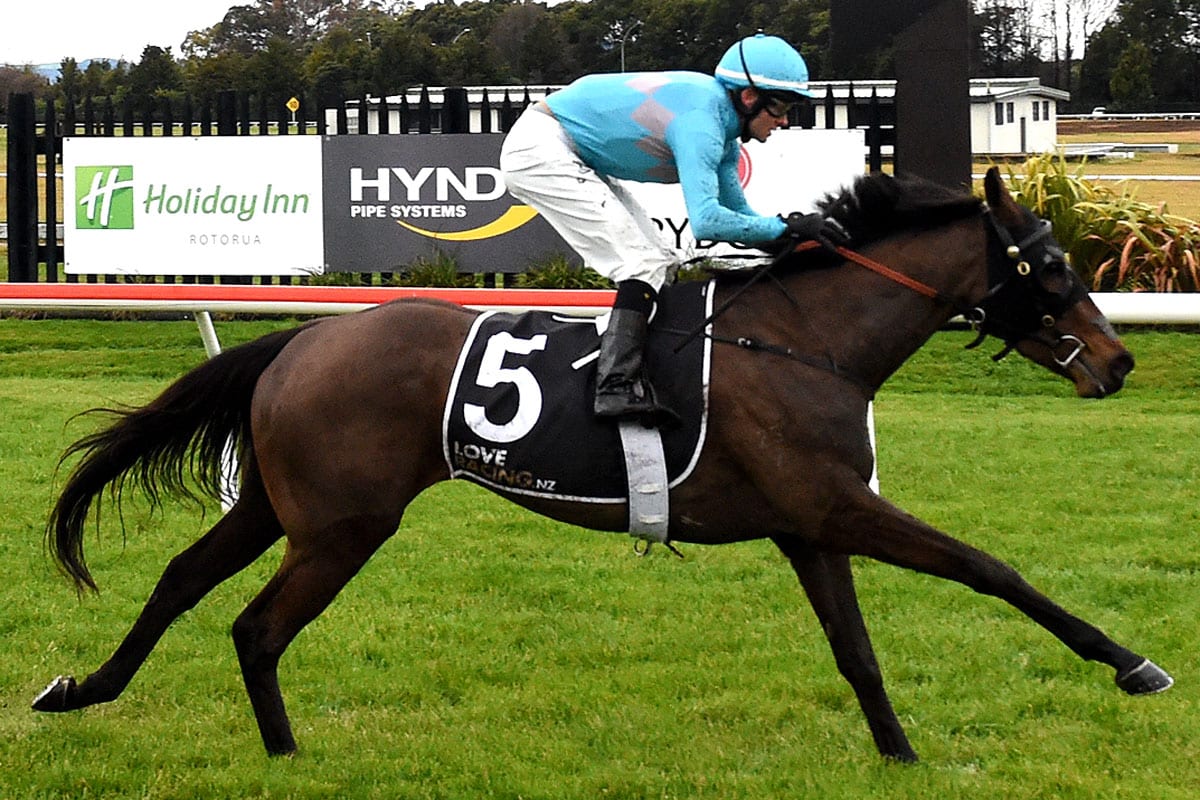 Three-year-old New Zealand filly Angelina Lauro was a strong winner of the Piako Tractors 3YO (1400m) at Rotorua for Te Awamutu trainer Clint Isdale on Wednesday.

The daughter of the Zabeel stallion Reset was having her third start for Isdale after commencing her career with Stephen Marsh, and the win extends the good fortune enjoyed by Isdale and the Muollo family.

“I am rapt to get a winner for Tony,” Isdale said.

“That is my first winner for Tony. I got the horse on the recommendation of Luigi and I also have a nice Iffraaj colt for him that they paid a little bit for as well.

“This filly couldn’t get clear running at them at Cambridge two starts back and it wasn’t a bad run. Then she had a bit of a niggle so I had to back off her.

“She went to Pukekohe last start and she needed the run but was really good through the line late and she ran around a bit.

“I knew that anything with Zabeel blood can improve with blinkers, so I put them on her today and she was very strong through the line.

“To get these better quality horses for the Muollos and get the results, it is just great. They are terrific owners who leave you to your own device and put a lot of confidence in you.

“She had only ever raced up to 1200m before I got her, and despite her being only 15.1 hands, I have always thought she would get over ground. She will be a nice horse to get out to a mile.”

Isdale is a part-owner in Sweynesse filly Only Words, whom he prepared to win the Listed Wanganui Guineas (1200m) before she was partially sold to Chris Waller’s stable in a move orchestrated by Luigi Muollo.

The three-year-old went on to win the Group 2 The Roses (2000m) for Waller after placing in the Listed Gold Coast Bracelet (1800m). She finished seventh in the Group 1 Queensland Oaks (2200m), beaten just four lengths, after doing much of the donkey-work.

“She had three weeks off and has just resumed pre-training in Queensland. They spelled her up there,” Isdale said.

“Chris is of the opinion that she will be a lot easier to place as a four-year-old. There are so many mares options over there and they get some good weight relief as four-year-olds.”

A regular trader of horses, including several for Luigi Muollo, the young trainer has high hopes for Jakkalberry filly Explosive Miss, a three-quarter sister to multiple Derby winner Explosive Jack.

“We’re going to race her here, which is great,” Isdale said of the two-year-old filly who has shown good promise in her trials.

“She is bred to be an Oaks filly and that is what we will set her for as a long-range plan.”