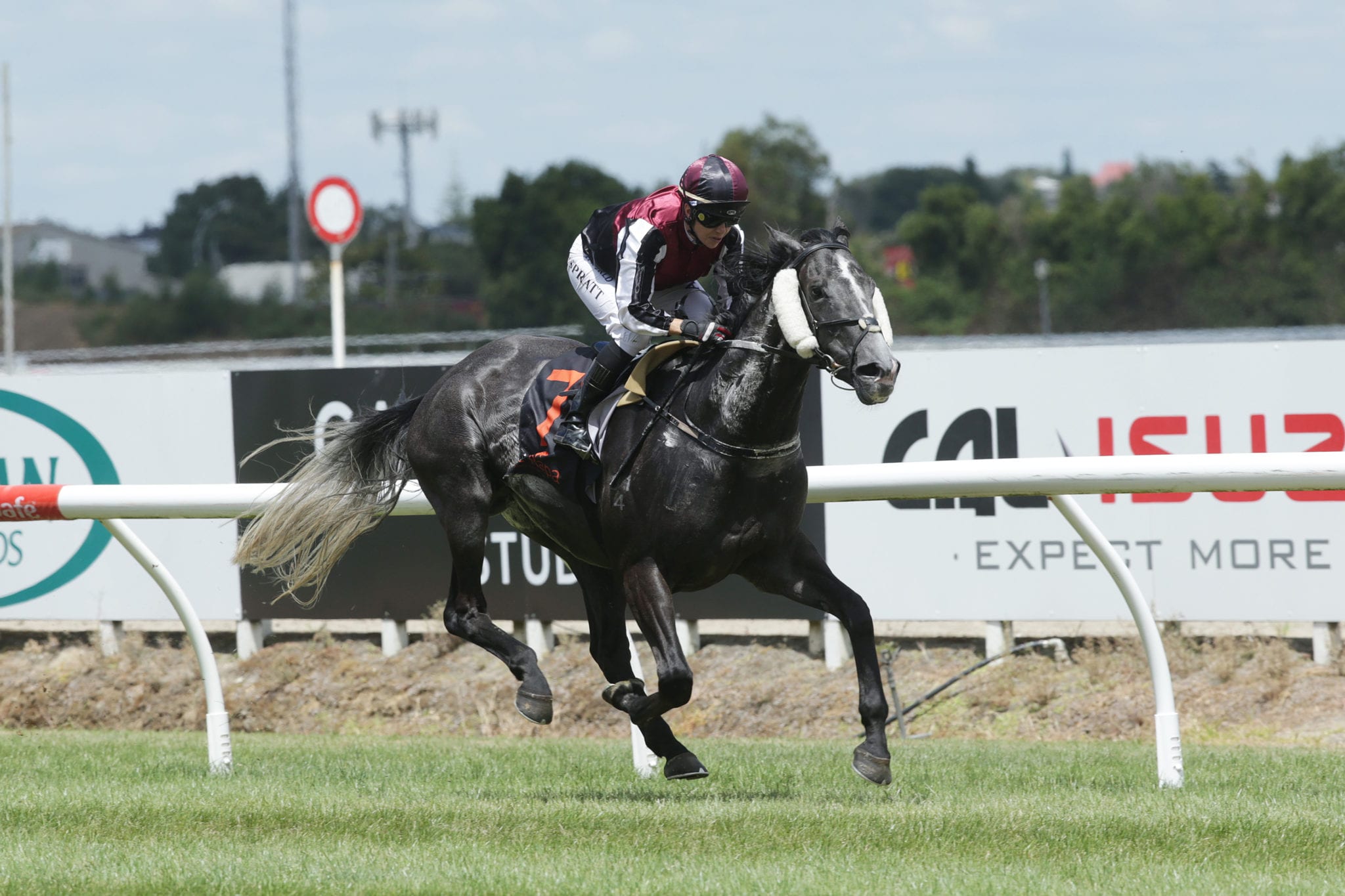 He may have just won his first stakes race, but in the eyes of those close to him, Justamaiz has been a champ since the day he was born. The son of Guillotine and the winning Desert Sun mare Arthena scored an all the way win in last weekend’s Group 3 Waikato Cup (2400m), the sixth win of his career.

Bred by Larry and David Greene under their Greene Thoroughbreds Limited banner, the five-year-old gelding is raced by that entity along with Quentin Maisey and Jack and Sue Thorburn. Champ, as he was named when his life began at Geoff and Sue Broughton’s Mystery Creek property, is a special horse for the Greene family according to a proud David Greene, who is also the gelding’s trainer. “It was a special win and Arthena has done a great job,” Greene said. “It doesn’t matter which stallion you send her to, she has left a hell of a lot of winners for me as a trainer. Even the not so good ones have managed to get up and win.”

Greene said the link to Arthena traces back to his first foray into horse ownership. “The first horse I ever bought was at the Ready To Run Sale in 2003 and it was a horse called Anden, a son of Magic of Sydney,” he said. “He was pretty talented and went on to become a multiple stakes performer and before he did too much, we spotted his older half-sister Arthena and approached Grand Vue Lodge, the breeders, to see if they would be prepared to sell her.

“We got the three in one package of Arthena, the foal at foot and the one she was carrying. That was 15 or 16 years ago now, we decided to down size a couple of years ago and in 2016 sold Arthena. “We kept her daughter Keely Be and we decided we would carry on with her as she was a good racehorse. She resides at the Broughton’s Mystery Creek property where I spell my racehorses as well.”

A winner of five races, Keely Be is a daughter of Roc de Cambes and had her first foal in spring, a filly by High Chaparral stallion Wrote. In addition to boarding the Greene stock, the Broughtons have benefited from the Group 3 victory of Justamaiz, having purchased Arthena themselves and bred a Sweynesse filly that will be retained. The now deceased Arthena produced 12 foals, eight of which have gone to the races and all of them have won.

Justamaiz is the second Group 3 winner out of Arthena. Her first stakes winner was Zabisco, by Zabeel, a winner of eight races. The talented galloper placed in the Group 2 Coupland’s Bakeries Mile (1600m) for Greene before his sale to the Michael Moroney stable, for whom he went on to win the Group 3 Eclipse Stakes (1800m).

As for Justamaiz as a five-year-old he has a big future as a stayer and will now head to the Group 3 City of Auckland Cup (2400m), while also holding nominations for the Group 3 Wellington Cup (3200m), the Group 1 Herbie Dyke Stakes (2000m) and the Group 1 Auckland Cup (3200m). “He looks a candidate for two miles and I am sure there is another good win in him yet,” Greene said.