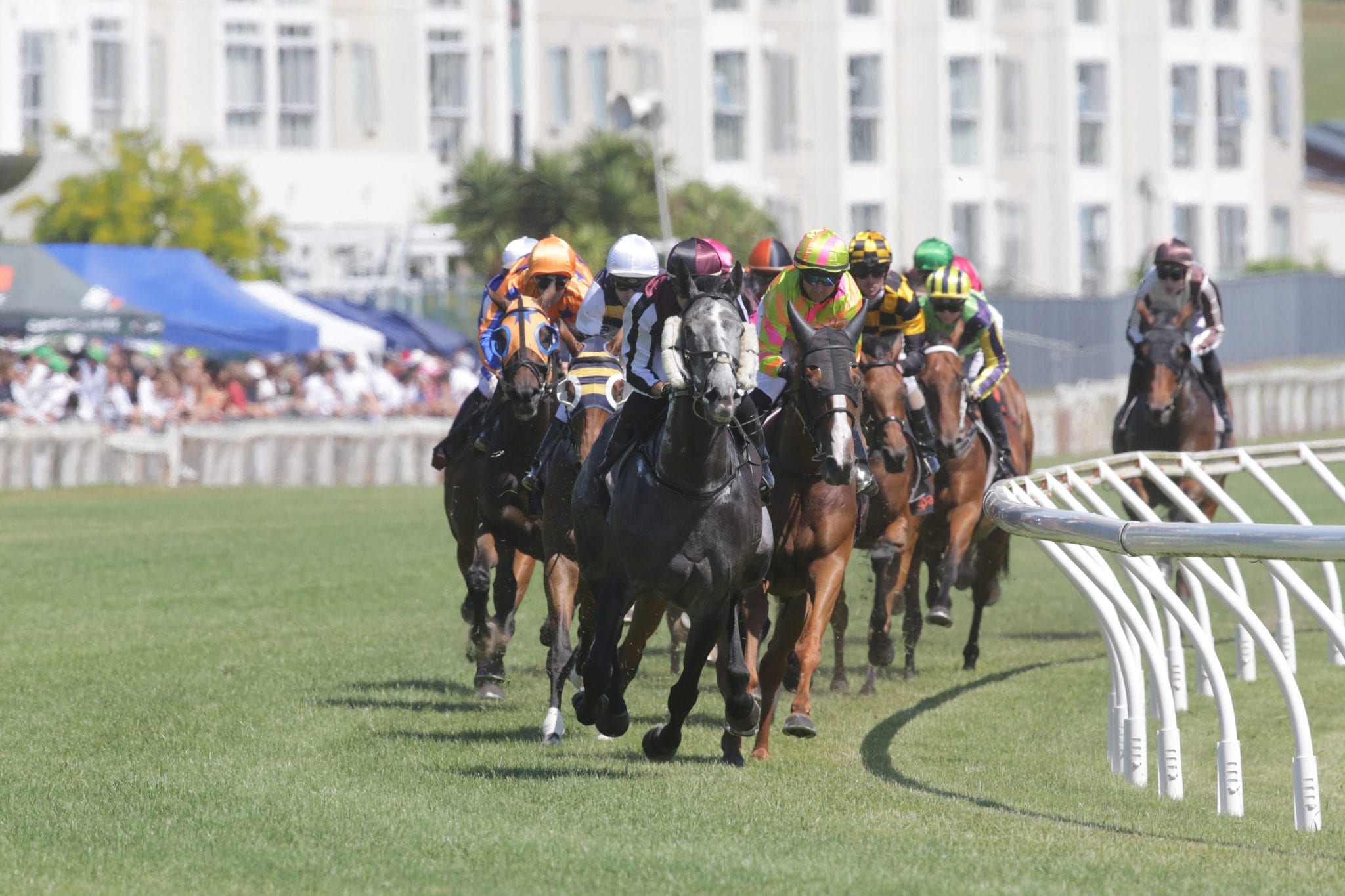 Local galloper Justamaiz left no excuses for his rivals as he led all the way to capture the day’s feature staying contest at Te Rapa, the Group 3 SKY CITY Hamilton Waikato Cup (2400m). The free-going Guillotine five-year-old was rated perfectly by rider Sam Spratt who judged her ride to perfection on the David Greene-trained runner who had adopted similar tactics at his last start when successful over the same 2400m distance at Pukekohe.

Spratt took control of the contest as she jumped Justamaiz away nicely from an outside barrier to dispute the early lead with Masetto before taking over in front with 2000m to run. Allowed to dictate the terms, Spratt had her foot off and on the accelerator throughout and it was obvious at the 600m mark that Justamaiz was going to be hard to catch. Masetto, who had enjoyed the trail throughout, got the closest but was still two lengths in arrears at the winning post with New Plymouth visitor Dezella finishing off strongly to take third.

Greene, who had made a pledge to his father that they would win the Cup this year after Justamaiz had finished second twelve months earlier in a minor race on the card, cut a relieved figure after the race. “Once he gets into autopilot like that, he just strings furlongs together, “Greene said. “That is what Sam does so well and with a bit of a kick on the way home, he’s a pretty good stayer, I think. “He’s going great and keeps improving and we think he can get two miles as well, so hopefully he can keep kicking on from here.”

Greene will now set his sights on the Group 3 SKYCITY City Of Auckland Cup (2400m) at Ellerslie on New Year’s Day although he does hold some reservations about the event. “We’ll go to the City Of Auckland Cup but we seem to go terribly every time we go to Ellerslie,” he said. “We’ll try again and then we’ll either go to the Wellington Cup (Group 3, 3200m) or have a freshen up before the Herbie Dyke Stakes (Group 1, 2000m) and then the Auckland Cup (Group 1, 3200m).

Bred by the Greene family under their Greene Thoroughbreds Ltd. banner, Justamaiz has now won six of his 21 starts for the family who race him in conjunction with Jack & Sue Thorburn and Quentin Maisey.