All roads lead to Hastings after Foxbridge Plate wash up 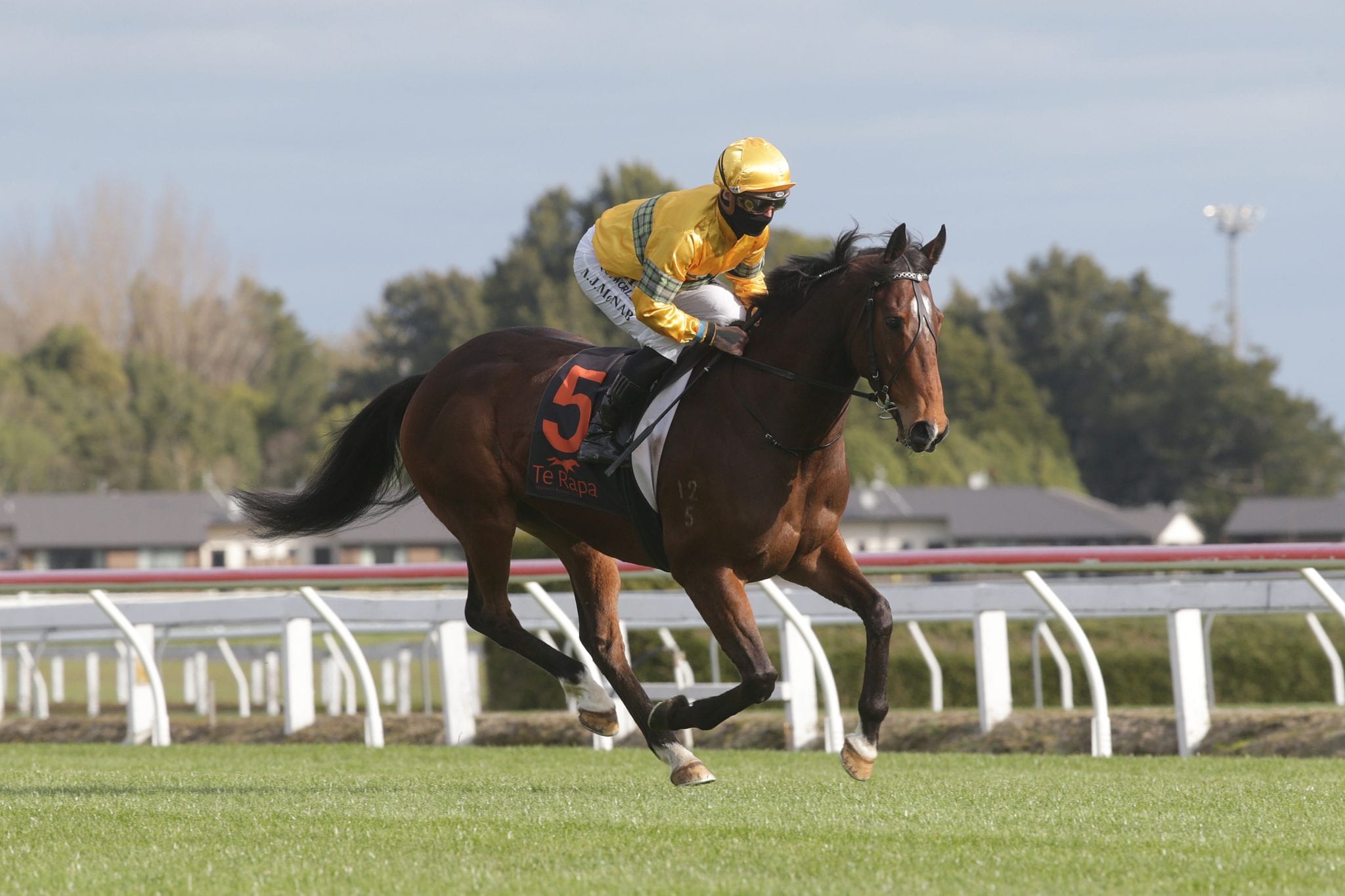 Trainer Alan Sharrock had a smile on his face a mile wide despite being beaten in Saturday’s feature event at Te Rapa, the Group 2 Valachi Downs Foxbridge Plate (1200m). Sharrock had just seen his underrated galloper Tavi Mac push quality mare Avantage all the way down the Te Rapa straight before going under by just on a length after starting from the outside barrier.

While Tavi Mac had race fitness on his side, having won two from two leading into the race, he certainly didn’t have size or glamorous good looks with the horse affectionately dubbed Frodo Baggins by his trainer and many supporters due to his lack of size and plain features. “He certainly went above how I expected, especially from that draw,” Sharrock said. “I’m just so very proud of him as he never relented. She is a champion mare so there is no slur on my little fellow in running second and there was a margin of three to four lengths back to third so they did have it to themselves at the end.”

The runner-up placing guarantees Tavi Mac his place in the Group 1 Tarzino Trophy (1400m) at Hastings in a fortnight, a race that Sharrock is eagerly awaiting. “I was speaking with Te Rapa CEO Butch Castles and he was saying who would have thought that Frodo, the equine sausage dog, would be running in a Group 1,” he said. “He’s just a little beauty who has a cult following because of his looks and his attitude. “There are no rules in this game and if he gets a shower of rain and can draw a barrier then he can be right in the finish at Hastings.”

Another eye-catching run came from the fourth placed Demonetization who also drew near the outside and was forced to come from last on the corner before storming home late to narrowly miss a dividend bearing placing.

Trainer Nigel Tiley was delighted with the run and will press ahead to Hastings although the five-year-old All Too Hard gelding is not guaranteed a start in the Tarzino Trophy. “He went enormous from that draw and with a shower of rain might have even got closer to them,” Tiley said.

“He’s pulled up really well so we will press ahead to Hastings although he is still a fair way down the order of entry for the Tarzino. “I’m going to look around for some alternatives in case he doesn’t make the race but longer term I have him nominated for the Coupland’s Mile (Group 2, 1600m) as long as there is still some moisture in the tracks as he won’t be running on the really hard surfaces with the leg issues he has had.”

Trainer John Bell was left rueing the sandy Te Rapa surface after his quality sprinter Julius pulled up with raw bumpers on each leg when finishing midfield on Saturday. “The sand track took its toll on Julius as all four bumpers are red raw,” Bell said. “The back bumpers are the worst so we have bandaged him up with a Manuka honey solution and he seems okay.

“He has eaten up and is happy enough so he should come right after a few days. “We’ll have him in the swimming pool to keep his fitness up so he is still on target to head to Hastings for the Tarzino trophy.”

South Island mare Kiwi Ida pleased her trainer Karen Parsons after a tough run in transit saw her fade to sixth on Saturday and is another heading to Hastings however Frank Ritchie confirmed his charge Dawn Patrol won’t be making the trip and would have his spring campaign targets confirmed once Ritchie had assessed his recovery from his effort to finish eighth on the weekend.